A rapidly expanding wealth manager and a boutique investment bank plan to announce a partnership on Friday that gives both firms room to grow without incurring significant costs, a concept that will likely attract imitators at other small brokerage houses.

Winnipeg-based Wellington-Altus Private Wealth Inc., which has $10-billion of assets under management, struck a deal that gives its wealthy clients access to new stock and bond offerings from Toronto-based Infor Financial Inc., an investment dealer that focuses on growth companies in sectors such as tech, mining, real estate, communications end cannabis.

The partnership is a return to a full-service approach that’s worked in the past for founders of both Wellington-Altus and Infor, who came from large investment banks with significant wealth-management divisions.

“There is a seismic shift taking place in the investment banking industry, and we see this structure better serving our clients,” said Neil Selfe, chief executive at Infor and a former banker at RBC Dominion Securities Inc. and GMP Capital Inc.

Last June, Infor struck a similar agreement to distribute securities to clients of discount brokerage Questrade. Mr. Selfe said the wealth-management industry is gravitating to low-cost platforms such as Questrade that focus on scale, and high-end advisory firms such as Wellington-Altus that offer white-glove service. He said partnering Questrade and Wellington-Altus with his independent investment bank benefits clients of all three.

A number of recently launched boutique investment dealers in Canada, including Eight Capital Corp. and mining-focused Maxit Capital, are attempting to ramp up their distribution capabilities without investing in increasingly expensive networks of financial advisers.

On the other side of the coin, Wellington-Altus co-founder and chairman Charlie Spiring said a central element of his firm’s strategy when it was launched three years ago was to avoid the cost and regulatory issues that come with running an investment bank. Mr. Spiring made this call despite building a full-service brokerage firm, Wellington West Holdings Inc., then selling it to National Bank of Canada in 2011 for $333-million. But both Mr. Spiring and Mr. Selfe said that on their own, their firms were missing out on stock sales in sectors such as real estate, which are dominated by Canada’s bank-owned investment dealers.

“Our arrangement with Infor turns a previous gap in our model into a present strength,” Mr. Spiring said. He said Wellington-Altus, which has 18 branches and 265 employees, expects to double its assets under management to $20-billion over the next two years. Last year, Wellington-Altus acquired two Calgary-based firms, Cresco Wealth Management and TriVest Wealth Counsel Ltd.

Both Infor and Wellington-Altus plan to pitch support from high net-worth clients to companies that are attempting to raise capital but finding limited appetite from an institutional investor community that is increasingly dominated by passive-fund managers. Mr. Spiring said the average adviser at his firm oversees $200-million in client assets, which makes them meaningful investors in any small- to mid-capitalization company.

Infor was founded five years ago and raised $540-million for its corporate clients last year, while advising on $6-billion in mergers and acquisitions. Since inception, it has raised $4.6-billion and worked on more than $20-billion of takeovers. 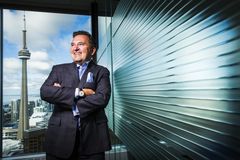 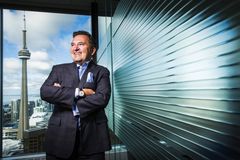 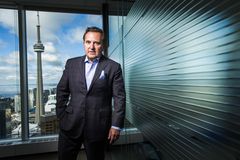