With Ottawa committing $180-billion to infrastructure spending to stimulate Canada’s economy over the next dozen years, a question lingers: How should that be spent today to build the country of tomorrow?

Projects such as St. Lawrence Seaway, the Canadian Pacific Railway and the Trans-Canada Highway have long defined how Canada and its resources move. Decades of technology development, however, have shifted what exactly needs to be moved – and how – with greater focus than ever on the transmission of information and the efficiency of energy.

Since last October, the Boston Consulting Group (BCG) has been collecting and studying the public’s ideas for the future of Canadian infrastructure for the inaugural CanInfra Ideas Contest, narrowing down 70 submissions to a group of 10 finalists. Their ideas range from dynamic wireless-charging lanes for electric vehicles along Canada’s highway systems to an electric airship network that would better serve the supply needs of the North. These groups have spent the past several months honing their ideas with the help of volunteers from sponsors including BCG, Brookfield Asset Management Inc., and Torys LLP. (The Globe and Mail is the initiative’s media sponsor.)

On Monday and Tuesday, the finalists will gather at The Globe and Mail Centre in Toronto to give final presentations to judges that will include some of Canada’s leading infrastructure and entrepreneurship experts, including Michele Romanow of Dragon’s Den and long-time infrastructure lawyer Doug Buchanan. The two-day CanInfra summit will include a keynote by Finance Minister Bill Morneau, remarks by Prime Minister Justin Trudeau and a lunch with Canada Infrastructure Bank chair Janice Fukakusa.

“This contest has made it clear to me that we can be a lot more ambitious in Canada,” says Keith Halliday, director of the BCG Centre for Canada’s Future, in an interview. “These are great ideas. We should already be working on a bunch of them, and it’s great that these teams have put them on the national agenda.”

Here are the 10 finalists’ infrastructure-project pitches.

Redefining the Waste and Water Utility Model: Food waste has a high energy content − so why not use it as an energy source? Karlis Vasarais, whose proposal was supported by MaRS and StormFisher Environmental, suggests that by modifying waste-water treatment plants to process food waste through public-private partnerships, the energy could help power those treatment operations, turning them from liabilities for municipalities to income generators.

Taking the High Road: To speed up the adoption of electric vehicles in Canada, the country could introduce dynamic wireless-charging systems − which can charge electric-car batteries while a vehicle is moving − along its highways. This project was proposed by a team led by Jing Guo of the University of Toronto. Other tools, such as smart poles, could help with dynamic traffic control.

Canada 2.0 Project: To make public services more efficient, Nicolas Trinh of Montreal’s HEC business school and other team members propose that the federal and provincial governments could move to a blockchain-backed data system. This has the potential to reduce enormous amounts of paper while making government services more accessible, secure and convenient, reduce waiting times at public agencies and create high-paying technology jobs.

Smart Roads: Highway infrastructure could be modernized by using a network of sensors on both roads and vehicles, as well as data from partners such as Google Waze, to share hyperlocal information across a peer-to-peer network. A team from the University of New Brunswick in Saint John led by Nakul Gupta suggests that sharing information such as road issues and localized weather can improve road safety, while companies could find ways to innovate using the data sets.

IceGrid: Many remote communities in Canada are powered by dirty-burning fuels such as diesel, which are costly both to the environment and the communities themselves. Memorial University of Newfoundland research scientist Brett Favaro believes sustainable, solar and wind-powered, battery-based microgrids could be used to replace these systems − first in Iqaluit, then potentially other communities.

Indigenous Infrastructure Investment Trust: A team from the Rotman School of Management from the University of Toronto says that to finance infrastructure that impacts Indigenous communities, the Canadian bond-financing model could be extended to embrace small First Nations, who could form a trust and be issued free trust units. For approved projects, infrastructure operators would lease assets from the trust; the First Nations would get earnings distributions and jobs.

CanConnect: While telecom companies are already racing to build next-generation 5G wireless technology infrastructure in major urban centres to better connect the country, 5G access could be extended to less populated areas with low-Earth orbiting satellites. This was proposed by Kevin Chen and a team from the University of British Columbia.

Electric Airship Transportation System: Much of Canada’s North lacks access to all-season roads. But Winnipeg’s Buoyant Aircraft Systems International Inc. believes a network of efficient airships − think blimps − could be used to carry heavy loads to remote communities, reducing the cost of delivering supplies to these communities by more than 50 per cent.

Inzem Energy: A series of small, modular nuclear reactors could be developed that would consume − and thereby reduce − Canada’s existing nuclear-waste stockpiles, creating thousands of jobs and helping the country meet its energy needs for decades or centuries to come, according to nuclear-power experts Paul Acchione, Peter Ottensmeyer and Charles Rhodes. 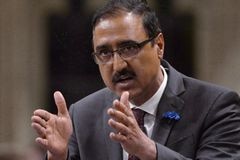 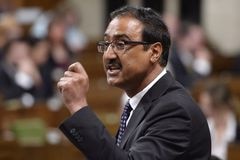