When Elon Musk declared this month that he wanted to take Tesla Inc. private, his board was caught off guard. Barely three weeks later, the chief executive told the board he had changed his mind – Tesla would be staying public, after all.

The startling reversal – announced late Friday in a blog post, a day after he discussed it with directors – capped a tumultuous series of moves that drew in Wall Street’s biggest investment banks, prompted an investigation by regulators and raised fresh questions about Mr. Musk’s leadership.

In that time, according to five people close to the events, Mr. Musk came to realize that his thinking had been overly simplistic. While going private might have removed some problems, it would have introduced new ones.

Among his concerns were ceding too much control to private investors – including conventional car companies and Saudi Arabia, a symbol of big oil – and shutting out smaller investors who might be unable to retain a stake.

Those were issues both symbolic and substantive for Tesla, which has staked its future on making electric vehicles the transportation of choice – a vision that has made it the nation’s most highly valued car company. Even with its shares worth US$55 billion, it faces concerns common to many young companies, including its vulnerability to the whims of public shareholders.

For his part, Mr. Musk has come under new scrutiny as his impulsiveness has played out in real time in the stock market, with billions of dollars on the line.

And even with the decision to stand pat, Mr. Musk and the company could remain in the sights of the Securities and Exchange Commission over the circumstances of the original announcement.

“Tesla investors must realize that they have a panicky, erratic, possibly self-destructive CEO at the helm,” said Jeffrey Sonnenfeld, a professor at the Yale School of Management. “No CEO is ever this confused and confusing.”

For years, Mr. Musk had romanticized the idea of Tesla going private. Doing so, he has mused publicly, would free him from the short-term pressures of the public markets, unburden him of the distractions of a volatile stock price and, more recently, get rid of the short sellers betting that Tesla would fail. Instead, Mr. Musk believed he could focus on Tesla’s work of popularizing electric vehicles and reducing the world’s dependence on fossil fuels.

But from the moment of his nine-word Twitter posting announcing his thoughts on Aug. 7 and saying that he had “funding secured,” other considerations came into play.

In his note announcing that Tesla would remain public, Mr. Musk cited four main factors that changed his mind: existing shareholders believe Tesla is better off as a public company; not all existing investors would be able to own shares of a private company; it wasn’t clear how individual investors would take part in a deal; and the process could distract the company from production of its first mass-market offering, the Model 3, which is crucial to its financial health.

By the account of people familiar with Mr. Musk’s thinking, deepening ties with new private investors presented its own challenges. By taking money from Saudi Arabia’s sovereign wealth fund – something Mr. Musk said he believed was a sure thing – Tesla would have been teaming up with a country whose very foundation is fossil fuels, and one often criticized on human-rights grounds.

That cognitive dissonance – an electric-car company backed by big oil – was pointed out to Mr. Musk several times, these people said.

At the same time, it became clear that not all of Tesla’s big institutional shareholders would have been able to take part in a buyout. Many big investors hold Tesla stock in funds that can only own publicly traded stocks.

“On the whole, some of our clients will find it very difficult to follow,” James Anderson, a partner at Baillie Gifford, which is Tesla’s largest shareholder after Mr. Musk, said in an interview before he called off a deal. “We’ve had this conversation with Mr. Musk himself. He understands that there is an issue here.”

The same was probably true for other institutional investors in Tesla, including T. Rowe Price Inc., BlackRock Inc. and Fidelity Investments. And Mr. Musk heard from many individual investors who wanted Tesla to stay public. On Thursday, a small Tesla investor released a public letter imploring Mr. Musk to keep Tesla public.

Those pleas were notable because many individual investors are not able to invest in private companies for regulatory reasons.

On Thursday morning, Mr. Musk and Tesla’s board gathered for a meeting on the factory floor of the company’s manufacturing plant in Fremont, Calif., people with knowledge of the events said. They were joined by representatives from the investment bank Goldman Sachs Inc. and the private equity firm Silver Lake, which were advising on a deal.

After a Silver Lake representative made a presentation expressing confidence in their ability to manage the process of taking Tesla private – a transaction that could have required US$24 billion or more – the Wall Street representatives left the room, and the floor was given to Mr. Musk.

But instead of telling his board just how far he’d come in securing new investors for a potential deal, Mr. Musk backtracked: He no longer believed going private was in the best interest of the company, and he would not be bringing forward a proposal to buy out the company.

Doing so would be too distracting, big institutional investors could not all take part and there was no easy path for retail shareholders to be involved, he told the board.

The directors – some of whom have expressed concern about Musk’s use of Twitter and erratic behavior – were supportive. 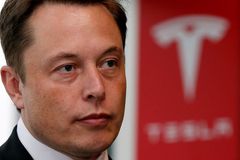 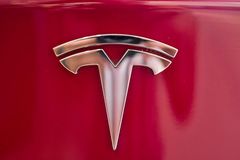