Forget everything you learned about investing in the past year.

Last January, when meme stocks such as GameStop Corp. GME-N and BlackBerry Ltd. BB-T were soaring, retail traders who swapped investing ideas on Reddit message boards were talked about as the future of finance. Unprofitable growth stocks were some of the hottest investments to own, especially in the tech sector. And the more money a company lost, the more likely its stock would soar.

Resource companies, meanwhile, were dead in the water because investors had embraced ESG principles.

The Ark Innovation ETF EARK-NE, run by fund manager Cathie Wood, embodied these sentiments. The fund put up stellar returns before the COVID-19 pandemic by investing in companies such as Zoom Video Communications Inc. and Spotify Technology SA, which were going to disrupt entire industries, and the pandemic sent it on a rocket ship. From January, 2020, until November last year, the ETF delivered a 142-per-cent return, trouncing the S&P/TSX Composite Index and the Standard & Poor’s 500.

For investors, the opposite philosophy is true today: Tech stocks are in the tank, resource companies rule and retail traders aren’t nearly the force they were made out to be.

Growth stocks started crashing last fall, and since Nov. 1 the Ark Innovation ETF has lost 42 per cent of its value. Over the same time frame in Canada, nine out of the 10 best performing stocks on the TSX – based on total returns that include dividends – are resource companies.

Meanwhile, six of the 10 worst performing stocks are innovation or technology stocks, including Shopify Inc. and Lightspeed Commerce Inc.

As for the retail investor boom, these investors are still trading, but not nearly to the same extent. At the height of the market pandemonium last February they comprised 45 per cent of all trading volume in Canada, according to the Investment Industry Regulatory Organization of Canada, the country’s trading regulator. In the fourth quarter of 2021, that figure had dropped to 27 per cent.

For close to two years investors were happy to believe that a new world order was in store. The businesses that thrived when people were stuck at home were supposedly seizing on a new way of living. 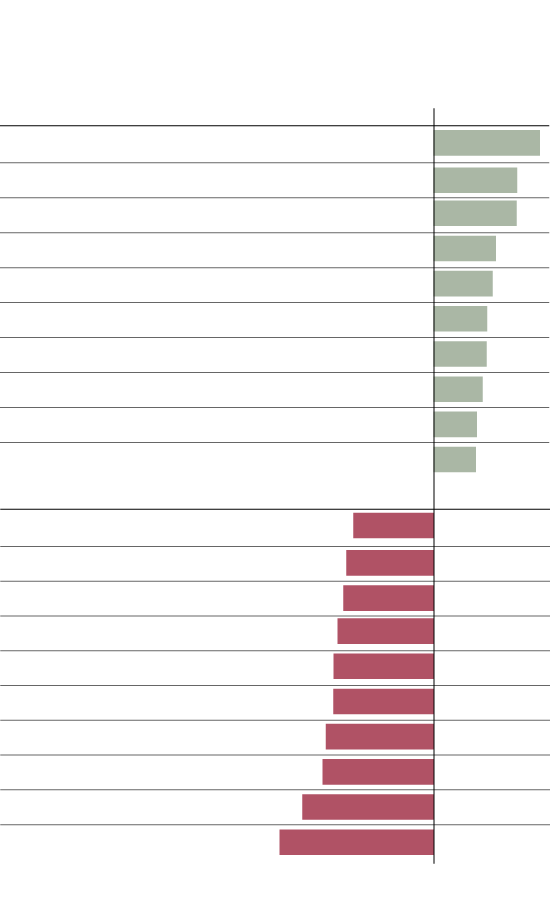 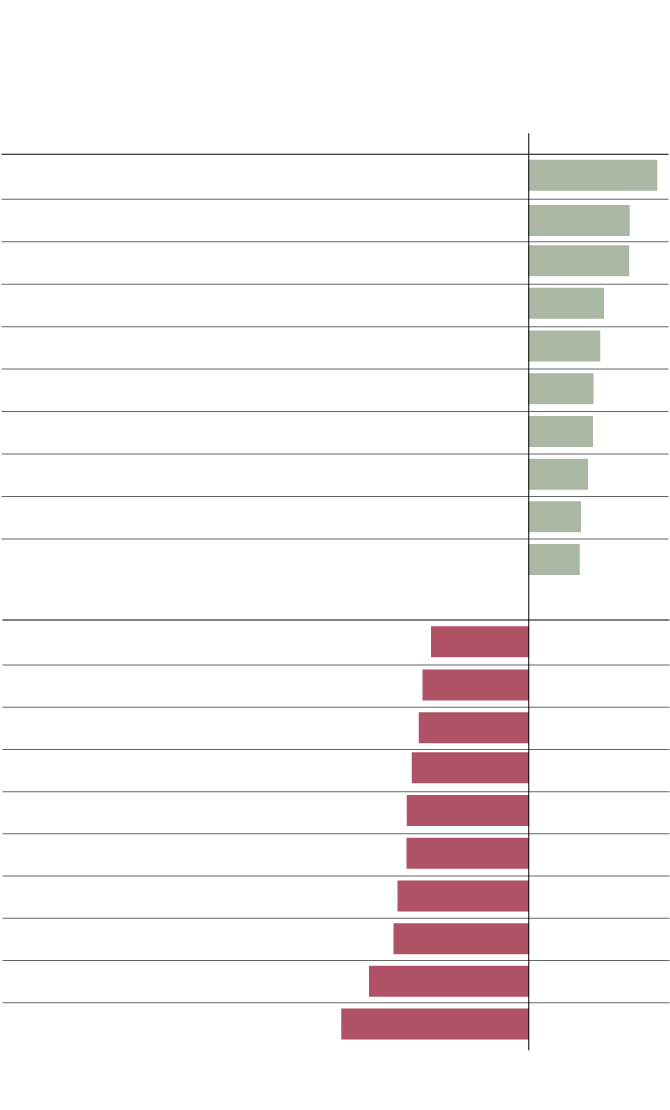 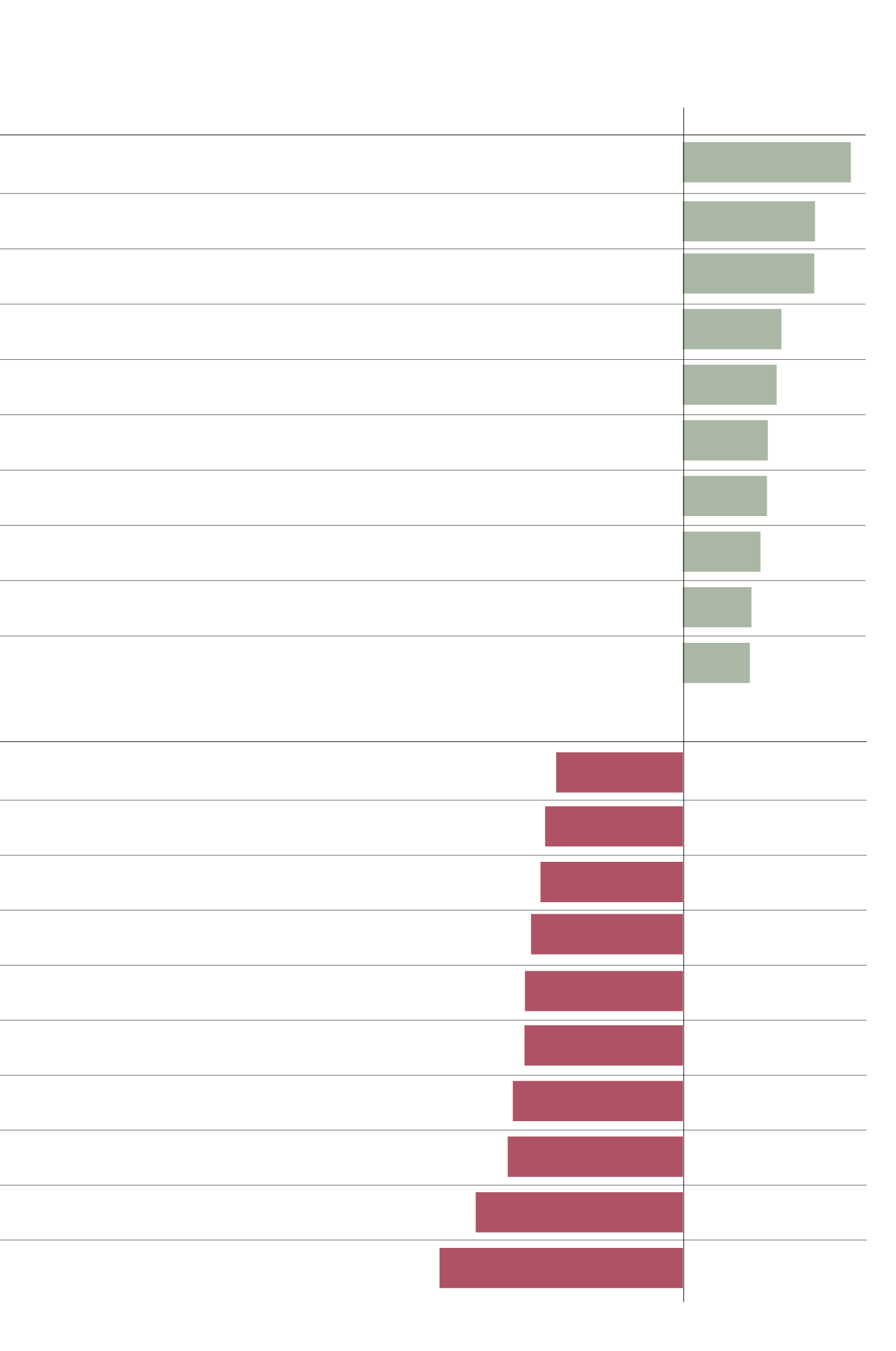 In the end, while a lot has changed, investor expectations proved to be far too feverish. Streaming TV shows and movies was a favourite lockdown pastime, yet Netflix Inc.’s shares have crashed in recent weeks and are now back to where they were in February, 2020. The same goes for Zoom, which runs the video conferencing app. Its shares have plummeted 74 per cent from their peak in October, 2020.

What’s transpiring is eerily similar to Canada’s cannabis sector crash. Investors were desperate to own weed stocks, hoping to cash in on a brand new industry. Ultimately, their expectations were wildly inflated, and now even Canopy Growth Corp., once seen as the most blue chip of them all, is down 87 per cent from its peak in 2018.

No two bubbles are exactly the same, however, and what follows are the attributes that distinguish the current mayhem.

Interest rates were the trigger

Growth stocks thrive in a low interest rate environment, because the companies can borrow extremely cheaply and then use that money to fund their expansions. And because central bank interest rates in Canada and the United States have been near zero for so long, investors started to forget what a normal world looks like.

Now that inflation is soaring, central banks have mostly admitted they were wrong to assume inflation was merely a temporary spike. Analysts expect the Bank of Canada to start hiking its policy rate as soon as this week.

With cannabis, multiple quarters of weak sales were the catalyst that drove down stock prices. In most bubbles, all it takes is for one trigger to wake investors up, and once there is a belief that valuations are stretched, the sell-off can compound quickly. A few institutional money managers may start to cash out their profits, putting downward pressure on a stock or sector, and in no time a new narrative forms and everyone wants out.

Retail traders were quick to retreat, margin debt is soaring

Beyond Canada’s official retail trading stats, which show just how quickly retail traders have retreated, another metric sticks out. The share price of California-based Robinhood Markets Inc., which offers commission-free online trades, has dropped 66 per cent since listing last summer.

Robinhood once personified the pandemic’s retail investing trading boom, with its emojis and celebratory attributes luring hordes of first-time retail traders. Seven months after going public, the company’s own shares are in free fall.

That doesn’t mean all retail trading is dead in the water – U.S. discount trading giant Charles Schwab Corp.’s shares are still performing well. But the Gen Z and millennial investors who were supposed to reshape markets don’t hold the same sway they had early in 2021. With cannabis, they stuck around for years after many institutional investors had vanished.

Margin debt, or money borrowed for investing purposes, is another hallmark of the COVID market boom. By October, 2021, American investors had borrowed US$936-billion to put into the market, up 72 per cent from February, 2020.

But that sum is starting to decline, and if it continues, the pain will reverberate. “We get worried when margin debt begins to fall,” BofA Securities market strategist Stephen Suttmeier wrote in a note to clients this week.

Using debt to invest enhances gains in rising markets, but it has the inverse effect in falling markets. It can also exacerbate selling. When share prices plummet, investors may face margin calls from lenders to put up more capital, in order to bolster the cushion against the investors’ trading bets. But if they’re unable to do so, they will sell their stock, which puts more pressure on falling share prices.

Multiple sectors are getting hit

The cannabis rout was confined to a single sector. This time around, the broad S&P 500, a global benchmark for stock markets, is falling, losing 9.2 per cent since the start of the year.

For all the carnage, the saving grace is that some sectors have been safe havens to date. Mining and energy stocks have been some of the hottest investments since the growth stock sell-off started – and financials are, too.

Those three sectors dominate the TSX, which helps to explain why the main Canadian stock market is down just 3 per cent this year.