Consumer insolvencies rose by 9.5 per cent in 2019 to the second-highest total on record, raising concerns about the financial well-being of Canadian households and their ability to manage burdensome debt loads.

Just more than 137,000 consumer insolvencies were filed in 2019, an increase of nearly 12,000 from a year earlier and the largest total since 2009, according to new figures from the Office of the Superintendent of Bankruptcy. Insolvencies include both bankruptcies and proposals, which are offers to settle debts under new terms.

During the fourth quarter, consumer insolvencies rose 10.2 per cent from a year earlier, driven entirely by an increase in proposals.

The upturn has confounded some economists, given the underlying strength of the labour market, but also follows a multidecade boom in borrowing that’s seen Canadians pack on billions in additional debt, for which payments are more onerous than ever.

“Rising insolvencies are never a good thing,” Toronto-Dominion Bank economist Ksenia Bushmeneva said. “The fact that we’re seeing insolvencies increase to the degree they have in a healthy labour market, I think [it] is concerning.”

Consumer insolvencies increased in every province last year, paced by Ontario’s 15.4-per-cent gain, and followed by Newfoundland and Labrador at 15 per cent and Alberta at 14.6 per cent.

Ontario registered the largest increase, despite accounting for 78 per cent of nationwide hiring over the past year, and enjoying economic growth that has outpaced more oil-reliant provinces. However, much of the province’s job gains in recent years have been in the Greater Toronto Area, where homeownership and rental costs are some of the steepest in the country.

“I think the reason that Ontario’s numbers are looking worse is because of the expense structure of households,” said Scott Terrio, manager of consumer insolvency for Hoyes, Michalos Licensed Insolvency Trustees. “Imagine what rents and mortgage payments were like 10 years ago. I can’t even remember – it’s such a huge difference now.”

Over the past decade-plus, Canadians have ramped up their borrowing and now carry $2.3-trillion in total debt, with about 65 per cent tied up in mortgages. In other terms, households now owe about $1.76 for every dollar of disposable income, a ratio that has levelled off in recent years but remains close to a record high.

Interest payments are proving more difficult. After years of ultraloose monetary policy, the Bank of Canada started to tighten its benchmark interest rate in 2017, eventually raising it to 1.75 per cent by late 2018. In turn, the household debt-service ratio (DSR) – the percentage of after-tax income used for debt payments – has risen to a record 15 per cent, with about half going toward the interest portion.

“Interest rates could be an important driver of consumer distress, now that households are highly indebted,” Ms. Bushmeneva said.

Rising insolvencies are having little impact on Canada’s big banks, however.

Bank of Nova Scotia chief economist Jean-François Perrault said it is “a puzzle” that insolvencies are rising fast, but the country’s largest lenders are seeing very little corresponding increase in loan losses. At an investor day the bank held in late January, he said a record DSR is “not problematically high” because low unemployment and low interest rates have helped most consumers keep up with their payments.

He suggested the answer may be partly that most insolvencies are still small in size.

“It’s obviously something we’re watching,” he said. "But if you’re worried about defaults in banks, the variable to worry about is the unemployment rate.”

In January, the country’s jobless rate ticked down to 5.5 per cent, or just shy of a record low. Moreover, average hourly wages for permanent employees increased by a lofty 4.4 per cent from a year earlier.

Mr. Terrio said his office is seeing three trends among insolvency filers: they’re younger and more likely to have taken on payday loans and student loans.

The coming year could bring some relief to consumers. The Bank of Canada is widely expected to cut interest rates in the coming months, to help deal with a variety of economic headwinds, while mortgage rates fell in 2019, which could flow through to some household balance sheets.

Business insolvencies rose 2.8 per cent in 2019, although total figures are markedly lower than in peak years. 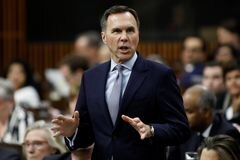 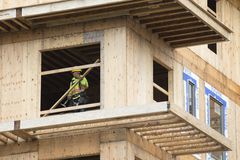 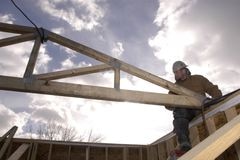 Follow Matt Lundy and James Bradshaw on Twitter @mattlundy33 @jembradshaw
Report an error Editorial code of conduct
Due to technical reasons, we have temporarily removed commenting from our articles. We hope to have this fixed soon. Thank you for your patience. If you are looking to give feedback on our new site, please send it along to feedback@globeandmail.com. If you want to write a letter to the editor, please forward to letters@globeandmail.com.
Comments