Grocery-delivery service Instacart plans to triple its workforce in Toronto as it challenges Amazon.com Inc.’s dominance in the field.

San Francisco-based Instacart will hire 200 tech staff for its engineering, product and research-and-development teams to work in the “Instacart North” office it will open in Toronto next year, alongside the 80 employees who joined the company when it acquired local grocery e-commerce platform Unata Inc. earlier this year.

Instacart chief executive Apoorva Mehta, who grew up in Hamilton, Ont., and graduated from the University of Waterloo a decade ago, said Instacart’s expanding Canadian operations mark a deliberate expansion of technical talent to help give the company an edge in a sector in which Amazon has an upper hand thanks to its brand visibility. The Seattle tech giant’s 2017 acquisition of Whole Foods Market was also a major step in its push into the grocery-delivery world – one that directly took a key client from Instacart.

In an interview, Mr. Mehta said the Toronto office will focus on developing technology to improve customer experiences across Instacart’s growing suite of 300-plus retail partners. Rather than imitate Amazon, one of the world’s most valuable public companies, or try to out-innovate traditional grocers with massive brand loyalty, Mr. Mehta wants Instacart to be the go-to technology partner for as many of those traditional grocers as possible.

“We think one of our biggest competitive advantages is we do not compete with grocery stores,” he said.

Mr. Mehta, 32, has worked stints at BlackBerry Ltd., Qualcomm Inc. and, coincidentally, at Amazon, working on making their fulfillment operations more efficient. Frustrated with grocery shopping – he has clear memories of visiting the local No Frills in Hamilton with his mother and lugging their bags home on the bus – he launched Instacart in 2012 with Max Mullen and Brandon Leonardo. At the time, e-commerce was making great strides, except for groceries: “The one thing we were doing every single week, we were doing as inefficiently as possible,” Mr. Mehta said.

The relative immaturity of grocery e-commerce has seen many players enter the sector, and Canadians have numerous homegrown options for grocery delivery – including Urbery and Grocery Gateway, which is owned by Longo Brothers Fruit Markets Inc. But Instacart has carved out a large chunk of the North American market thanks to its handling of logistics and its partnership model, said Paul Briggs, a Canadian senior analyst with eMarketer. “Having the ability to partner with large grocery chains that don’t necessarily have the wherewithal to make it a profitable side of their business is a smart one,” he said.

Instacart says it has nearly 600 office staff worldwide and 50,000 shoppers who fill customer orders across North America, and has access to 15,000 grocery stores – reaching 70 per cent of U.S. homes and half of Canadian homes. Customers order through Instacart’s app, and delivery starts at $3.99, plus 7.5 per cent of the order for purchases of more than $35; customers can pay $99 a year, or $9.99 a month, for unlimited deliveries.

Despite the widespread availability of these services, food-market analyst Kevin Grier says no one has yet hit a “sweet spot” to reach market dominance. “Someone’s got to find something that works, because nothing’s taken off yet.”

This is why Mr. Mehta wants to expand Instacart’s engineering staff – to find the next innovation to bring digital grocery shopping to the masses. Although there’s also another reason – one that has to do with a choice he felt forced to make nearly a decade ago.

“Did I want to focus on being in technology in a hyper-growth company, or did I want to stay in Toronto?” he recalls. “And I’m so glad with the developing ecosystem in Toronto, now people won’t have to make this choice.” 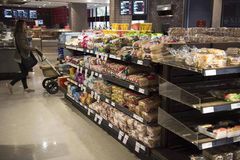 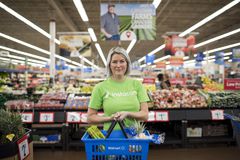 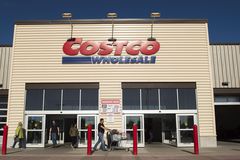