Interac Corp. has been chosen to provide the technological backbone for a faster, more sophisticated payments system to underpin Canada’s financial sector, which is scheduled to go live next year.

Payments Canada announced Interac as the successful bidder to build the infrastructure that will allow payments to be sent over a new Real-Time Rail, which is a payments system that can be accessed any time by financial institutions to process instant payments. Once it launches, the system will allow for instantaneous transfers and settlement of payments between individuals and businesses, via financial institutions.

One key factor in Interac’s selection was that it will not build the technology from scratch. Instead, it will rely heavily on existing core systems behind Interac e-Transfer, with modifications required by Payments Canada. For years, Interac’s e-mail money-transfer service has allowed consumers and businesses to send and receive funds in a matter of minutes, though not quite in real time.

The Real-Time Rail is a key plank in Payments Canada’s multiyear plan to modernize Canada’s aging payments systems and put the country on a level playing field with its international peers. Many other countries, including the United States, Britain and Australia, already have real-time payments systems moving large volumes of instant payments daily. That leaves Canada out of step with trading partners and companies abroad.

“It’s important. ... Money is starting to move around the globe more quickly,” Tracey Black, president and chief executive officer of Payments Canada, said in an interview. “It’s really going to be a game-changer.”

The technology Interac will use to build the core of the Real-Time Rail has a track record. In 2020, consumers and businesses made 764 million e-transfers via Interac, and those payment are expected to top one billion this year. Furthermore, Interac is already connected to nearly every bank account in Canada through almost 300 financial institutions, meaning it can process large volumes of payments on the Real-Time Rail from Day 1.

“It was a sense of, why not utilize this proven solution that emanated from and was invented here in Canada?” Mark O’Connell, Interac’s president and chief executive officer, said in an interview.

The decisions to choose Interac and Vocalink were reviewed by the Bank of Canada.

At the outset, most consumers won’t notice a major difference when the Real-Time Rail comes alive. But under the hood, there will be a number of significant changes.

As it stands, when one individual sends money to another, it shows up in the receiving account within minutes. But “that money doesn’t actually move from my account to your account until tomorrow,” Ms. Black said. Until the payment is finalized, one bank is effectively loaning the money to the other. “We don’t have real-time clearing and settlements.”

With a Real-Time Rail, the payment will be settled and finalized in seconds, which will allow the dollar limit on those transactions to be raised. And for businesses, the potential benefits are more significant. They could make payroll payments to employees who do shift work at the end of each shift, for instance.

The Real-Time Rail will also allow much more information to be attached to a commercial payment. That could include fine-grained details about each payment a business makes to a supplier, for example, removing the need for separate invoicing and paperwork.

A Real-Time Rail is also a utility that can be tapped by an array of financial institutions and payment providers of all sizes, which some hope will spur more innovation and competition in payments, and lead to the launch of new products.

Payments Canada will first launch Lynx, an update to the clearing and settlement system for high-value transfers between financial institutions, in the next six months. “We’re still looking at launching real-time payments in 2022,” Ms. Black said.

How Interac is helping Canadians unlock and embrace the digital economy
December 5, 2019 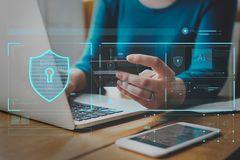 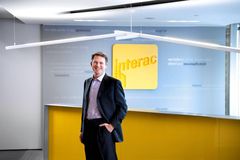 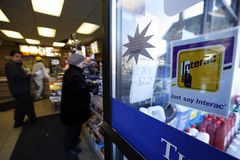