In this age of turbulent global trade, it can be tough for companies to keep up, but it’s relatively easy for Interaxon Inc. to stay calm and carry on.

The very business of this fast-growing Toronto-based company is mindfulness – it created Muse, a wearable brainwave device that’s selling briskly in the United States and Europe as well as across Canada.

“Our business in Canada is growing, but it’s actually a smaller percentage of our total business, because we’re growing so fast in Europe and the U.S. In Europe in that last six months it has grown by more than 300 per cent,” says Derek Luke, Interaxon chief executive officer.

Muse looks like a cross between a set of sport headphones and a headband. The device, whose newest version, called Muse 2, retails for about $299, measures brain activity. It connects wearers to an app, which responds with weather sounds that vary according to your brainwaves and mood.

Different sounds help you to focus when your mind is busy, and the device knows when to send calming sounds to help you to meditate. Muses are sold to individuals who want to chill, as well as to long-term care and other medical facilities to help residents and patients be calm.

This year’s global trade politics and negotiations have been anything but calm.

While there have been successes including the new United States-Mexico-Canada Agreement (USMCA), the season has also been marked by nervous turmoil.

The turmoil includes threats and name-calling from U.S. President Donald Trump, tariffs and counter-tariffs, confusion in Europe over how Britain’s withdrawal from the European Union will work, and Canadian business and the federal government alike calling for us to diversify our trading partners and rely less on the United States.

Interaxon has tried to stay ahead of the curve amid all the nasty negotiations, Mr. Luke says. It had no choice if it wanted to maintain and expand its global sales, which come both from retail store sales and its own brisk e-commerce website.

“Developments like USMCA don’t really affect us, though I’m glad I’m not a dairy farmer,” he says, alluding to the domestic dairy sector that had to swallow new rules that grant U.S. producers 3.6 per cent more access to Canada’s protected dairy market.

“But all the uncertainty did get to us,” Mr. Luke adds. To manage, Interaxon has made several international strategic moves since it launched in 2014, to anticipate changing patterns in North American and global trade.

“About a year ago, we decided that we had to diversify our distribution. So we set up a relationship with a warehouse in Ireland,” he says.

“We also acquired a U.S.-based company and set it up as a subsidiary,” Mr. Luke adds. Interaxon, which now has 60 employees, remains headquartered in Toronto, but in addition to its warehouses it has an office in Denver (as well as Vancouver).

The U.S. facilities mean that Interaxon doesn’t have to worry about rules in USMCA called de minimis, which limit the amount of cross-border online purchases that can made before duties and sales taxes kick in. The new de mininis rules allow Canadians to purchase $150 online without duties, up from $20, while the U.S. limits remain unchanged at US$800, just less than the cost of three new Muse 2 units.

“If people are buying any product, whether in the U.S., Canada or Europe, they’re actually buying it within their own country or jurisdiction, paying their own local taxes,” Mr. Luke says.

What about cross-border bargain hunting, where, say, Canadians discover that the same product might be much cheaper if they buy from a U.S. website?

“We spend a lot of time to make sure there’s no arbitrage between the pricing in different countries. We try to minimize any price differences, and when they do arise [for example, if exchange rates diverge] we try to equalize things by providing free shipping,” Mr. Luke says.

Interaxon’s cross-border and international moves are exactly the types of steps Canadian companies should be making to stay ahead in global trade, says Eric Matusiak, leader of BDO Canada’s National Retail Industry Group.

“Canadian companies have to look beyond our borders and find creative ways to do business in other countries,” he says.

“Setting up an e-commerce site in Canada is one way, but you might as well open a subsidiary in the country where you want to sell and do business there,” Mr. Matusiak says.

He points to advice given in BDO Canada’s recent national survey Retail Trends in Canada, which discusses how startups and mid-sized companies can succeed in an e-commerce world that’s already dominated by giants.

“For retailers with the means, a mergers and acquisitions strategy could be the right course of action,” the BDO report says.

While the U.S. branch makes sure that Interaxon’s e-commerce is frictionless south of the border, the company deliberately opted for Ireland as a gateway to Europe partly because of the way global trade issues are developing.

They also picked Ireland partly because it offered a friendly business climate, but also because it’s an English-speaking gateway to the European Union, Mr. Luke says.

“We want to do business in Britain, too, but we don’t know the outcome of Brexit yet,” he says. 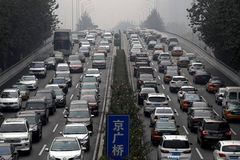 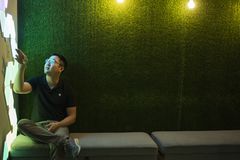