A small gathering of Inuit subsistence hunters are staging a blockade at the Baffinland Iron Mines Corp. complex in Nunavut, claiming that their concerns about a proposed expansion of the Mary River mine have not been heard.

Privately-held Baffinland said that two groups of hunters had gathered at the mine on Baffin Island on Thursday night – one at the company’s airstrip, and the other on the supply road that leads out of the mine.

The Oakville, Ont.-based miner has proposed doubling its production of iron ore at Mary River to 12 million tonnes a year, from six million tonnes. Baffinland also wants to build a railroad that would transport ore from its complex in the Qikiqtani region of North Baffin to Milne Port, about 100 kilometres away.

One of the on-site protesters, Namen Inuarak, said in an interview that hunters are worried the expansion will damage their livelihoods. Of particular concern is the effect increased shipping of iron ore might have on the marine mammal population, which they depend upon for food.

At Mary River, about seven protesters have set up tents, and parked their sleds and snowmobiles on the supply road, and at the airstrip. “We are planning to stay here for a while,” Mr. Inuarak said.

In a press release, Baffinland said it “respects the right to peacefully protest and continues to work with the hunting party to maintain the safety of everyone.”

A final round of public hearings on the potential environmental impact of the expansion of Mary River started last week in Nunavut. Key Inuit stakeholders have been expressing their concerns about the expansion and questioning Baffinland about its plans to mitigate environmental damage.

A number of hunters and trappers organizations and several local hamlets had already opposed the mine expansion, saying the economic benefits aren’t worth the risk to the environment.

In the Arctic, the hunting and trapping of wildlife and marine mammals, including caribou, seals and whales, has been a way of life for Indigenous people for thousands of years. The Inuit are concerned about the railway cutting into and damaging permafrost seal hunting grounds. The Mittimatalik Hunters and Trappers Organization says that iron ore dust from blasting at Mary River has already polluted waters used by hunters for drinking and cooking.

The Qikiqtani Inuit Association (QIA), which represents a number of regional Inuit groups, hasn’t yet decided on whether it opposes the mine extension.

Mr. Inuarak said the QIA hasn’t included the concerns of a number of individual hunters from the hamlets of Pond Inlet and Arctic Bay. “We have been left out all these years, even though we have been approaching them to involve us, since we are the most affected community and closest to the mine,” Mr. Inuarak said.

In an e-mailed statement to The Globe and Mail, QIA spokesperson William Hopkins wrote that QIA is “in open dialogue with all Inuit communities impacted by the [expansion] proposal.”

Almost all of Baffinland’s operations are situated on Inuit-owned land. Inuit groups earn royalties and land lease payments for use of the land. If the expansion gets the go-ahead, Baffinland said that Inuit organizations should receive $2-billion in benefits over the next 16 years.

Later this year, the Nunavut Impact Review Board (NIRB) is expected to issue a recommendation to the federal Minister of Northern Affairs Dan Vandal on whether the mine expansion should go ahead. The minister will then have the final word. 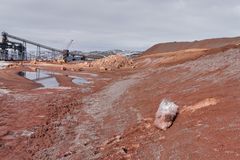 In Depth
DirtyCo to CleanCo: How environmental pressure is shaking up the mining industry – and will soon reshape it
Subscriber content
February 8, 2021 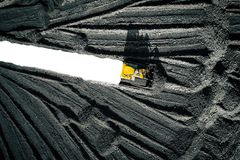