The Inukjuak River tumbles through four sets of rapids just before it hits Hudson Bay in northern Quebec, a drop that ensures the river never fully freezes.

For thousands of years, that reliable access to open water drew Inuit to the area. Last week, the Inukjuak’s steady flow allowed a local company to lock down financing for a long-planned $127-million hydroelectric power plant. The project, 12 years in the making, marks the first-ever partnership between an Inuit-owned corporation and an independent power producer, and creates a template for green developments in the north.

Last week, Inuit-owned Pituvik Landholding Corp. and Toronto Stock Exchange-listed Innergex Renewable Energy Inc. closed a $92.8-million loan from insurer Manulife Financial Corp. that will fund construction of the Innavik project, a 7.5 MW run-of-river hydroelectric facility on the Inukjuak River. The two partners will each own 50 per cent of the project and are putting in an additional $35-million.

Sarah Lisa Kasudluak, president of Pituvik, said: “Being able to secure substantial funding demonstrates how, through self-determination, we can carry out projects with significant social, environmental and economic benefits for our people.”

The new plant will replace diesel-powered generators that currently provide electricity to the northern Quebec town of Inukjuak, population 1,800. Construction began this spring and is expected to be completed in two years. Prior to its recent deal with Pituvik, Longueuil, Que.-based Innergex struck partnerships with First Nations groups on four hydro and wind power facilities in Quebec, Ontario and British Columbia.

“It’s great to see a community come together and realize their dream,” said Innergex chief executive Michel Letellier. “At Pituvik, you can see the sense of empowerment, the sense of self confidence that comes with getting this project off the ground.”

In 2015, a fuel spill at Hydro-Québec’s generator in Inukjuak released 13,500 litres of diesel into the community. Hydro-Québec flew in three plane loads of equipment and staff to clean up the spill over four weeks, digging up contaminated soil and preventing diesel from reaching the town’s water table. The leak, one of two large spills in northern Quebec in a matter of months, increased pressure to replace fossil fuel power sources. Patuvik launched the Innavik hydro project in 2008 and Innergex joined as a partner in2014.

In total, Innergex operates 75 hydro, wind and solar facilities in Canada, the U.S., Chile and France. The company produces 3,694 MW of electricity, and has a $4.3-billion market capitalization.

A number of publicly listed power producers, including Brookfield Renewable Energy Partners L.P., have also built hydro electric and wind facilities that include local First Nations groups as equity investors. In a 2018 study, the Calgary-based Pembina Institute found that to be successful, renewable power partnership with Indigenous groups require heightened sensitivity from the corporate players around issues such as trust, engagement and the project’s objectives.

“It can be difficult for Indigenous power proponents to establish equal footing with utilities because utilities wield a comparatively large amount of political, financial, and organizational power and these imbalances do not go unnoticed,” said the Pembina study.

At northern Quebec’s Innavik project, Mr. Lettellier said Innergex engineers tried to build trust by taking steps such as reworking the original design with Pituvik’s input, to make better use of natural rock formations and decrease the amount of concrete used in construction, minimizing the impact on the river system.

The Innavik facility will sell power to Hydro-Québec under a 40-year contract. Moving from diesel to hydro is expected to cut the utility’s power production cost in the region by 20 per cent and reduce Hydro-Québec greenhouse gas emissions by 700,000 tonnes over 40 years.

The long-term contract with Hydro-Québec allowed Pituvik and Innergex to obtain a 40-year loan from Manulife at a 3.95 per cent interest rate. The two partners forecast that once completed, the Innavik facility will generate $8.6-million of annual earnings before interest, taxes, depreciation and amortization.

Pituvik, a company founded in 1979, plans to reinvest its share of revenues from the project in community education and social programs.

Last month, Hydro-Québec invested $661-million in Innergex as part of what the two companies billed as a “strategic alliance.” The provincial government-owned utility purchased Innergex shares through a private placement, taking a 19.9-per-cent stake in the company. In addition, Hydro-Québec committed up to $500-million to co-investment opportunities with Innergex. In a recent report, analyst Nelson Ng at RBC Dominion Securities Inc. said this co-investment money is earmarked for projects such as wind and solar generation facilities, battery storage or transmission networks.

Renewable stocks have (a little too much) wind at their backs
Subscriber content
November 6, 2020 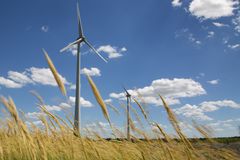 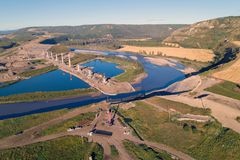