More than half of Inuit women surveyed by Pauktuutit Inuit Women of Canada in a report funded by the federal government said they have been sexually harassed at mining sites in Canada’s Far North.

According to the report released on Wednesday by Pauktuutit, a national non-profit Inuit women’s advocacy organization, the most frequent harassment incidents directed at Inuit women were “sexual comments, jokes, unwanted touching and emotional abuse.”

Some of the Inuit reported being the subject of sexual violence as frequently as every shift. Some reported feeling particularly vulnerable because they worked in housekeeping and janitorial positions that often placed them in private areas such as bedrooms and bathrooms. The harassed women said they had little recourse after an incident, because of the lack of Inuit female managers to talk to and the hyper-masculine work environment.

Ottawa-based Pauktuutit called for a host of changes at Canadian miners that operate in the North, including stricter enforcement of sexual harassment policies, increased hiring of Inuit women in supervisory and managerial positions, and the availability of Inuit-specific support services in metal health and counselling.

Pauktuutit spoke to 31 current or former employees of miners in Nunavut, northern Quebec and the Northwest Territories in 2019. None of the women were identified and none of their employers were named.

Dale Coffin, spokesperson with Agnico Eagle, wrote in an e-mail to The Globe and Mail, that the company already has a zero-tolerance policy in place pertaining to any form of harassment. Since 2018, the company has provided mandatory civility and workplace respect training for all employees. Agnico supervisors are also trained to manage employees in a culturally sensitive fashion, he said.

Heather Smiles, a spokesperson with Baffinland, wrote in an e-mail that the company also has zero tolerance for any form of workplace harassment and takes firm and immediate actions to investigate all reports of harassment.

“We are focused on increasing our numbers of Inuit employees, and Inuit women in our work force, and providing a safe workplace environment that is free of any type of harassment,” she said.

The Pauktuutit report also found that Inuit women were rarely considered for senior positions at mining companies. Instead most worked in subservient roles and earned significantly less than both their Inuit male counterparts, and non-Inuit women colleagues.

“Inuit women are often supporting large households,” Ms. Kudloo said, “on the most meagre salaries in the resource extraction industry.”

Pierre Graton, president of the Mining Association of Canada, agreed with much of the findings in the Pauktuutit report.

“Ours is a traditionally male-dominated industry,” he said. “I would say that our membership knows full well they need to change.”

While he pointed to recent progress at companies such as Agnico Eagle, much more progress is needed to make Canadian mining workplaces more inclusive of Inuit women and more respectful of women in general.

The Canadian mining industry is also increasingly waking up to the fact that putting more women in positions of power also makes better business sense.

Christopher LaFemina, an analyst with Jefferies wrote in a report on Wednesday that the fewer women there are in management and board positions at mining companies, the worse their stock price performance tends to be. Mr. LaFemina scrutinized the returns of more than 20 of the world’s biggest miners, including BHP PLC, Barrick Gold Corp. and Kinross Gold Corp.

“All of the companies with above average female representation,” he wrote, “created shareholder value over the last four years.”

Nunavut woman found not guilty in death of her abusive husband
February 2, 2021 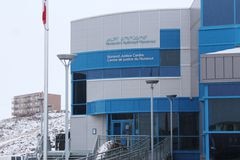 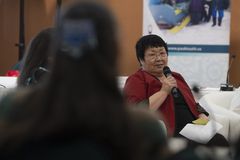 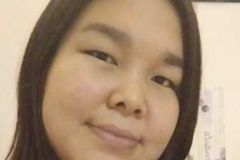