The Investment Funds Institute of Canada (IFIC), an industry organization that represents approximately 150 fund managers and distributors, has written a submission to the House of Commons for its consultation on the 2020 federal budget. It is requesting that the Government of Canada end the application of GST/HST on investment fund management fees for mutual funds held in RRSPs.

With Parliament currently dissolved, it is unlikely the submission will get a response until sometime next year, said a spokesperson for the House of Commons.

But IFIC said its timing was to ensure the House of Commons addressed the issue early on, as election years typically have a compressed budget cycle.

IFIC first addressed former prime minister Stephen Harper’s government about taxes on funds in RRSPs in 2007. There were no changes made at that time. Now, as fewer workers are covered by an employer pension plan, to go along with persistently lower interest rates and longer life expectancy, IFIC decided to revisit the issue again and began to speak to the government last spring.

“This is not a partisan issue and we think all parties could support it and that is how we are putting it forward,” said Paul Bourque, the chief executive officer of IFIC.

Currently, investment accounts make up 45 per cent of Canadians’ $1.2-trillion in RRSP investments, according to IFIC. The change would offer an estimated $1.16-billion in total tax savings to investors.

“This efficient and effective solution enables Canadians to keep more of their retirement savings,” IFIC said in its submission. “It is also firmly aligned with the government’s policy priority to help Canadians save more.”

While government programs such as RRSPs are designed to encourage Canadians to save for retirement, these efforts are undermined by sales taxes that continue to be “unfairly applied” to investment fund management fees, Mr. Bourque added.

“These taxes are reducing the retirement savings in Canada’s most popular retirement investment vehicle,” Mr. Bourque said. “Discontinuing the GST/HST on investment funds held in RRSP accounts is a simple step that would immediately deliver important benefits to millions of modest investors in Canada who are working to save enough for their retirements."

Sales taxes account for 11 per cent of mutual fund management expense ratios, IFIC said. In comparison, Canadians pay between 1 and 3 per cent in embedded sales tax for a guaranteed investment certificate and zero tax when directly purchasing securities such as stocks and bonds.

The sales taxes on investment funds disproportionately target lower-income investors, IFIC said, as they are a segment of the population that often uses mutual fund products that have embedded investment management and advice fees.

“Wealthier investors can access and afford to pay out of pocket for investment management and advice, and are able to deduct those fees from their taxes," IFIC said.

While removing GST/HST from investment management fees would be a positive change for clients – even if only on retirement accounts – any tax reduction of this type is improbable, said Dan Hallett, vice-president and principal with HighView Financial Group.

“It is unlikely given government spending exceeds revenue,” he said. “Measures affecting the investment industry have all been aimed at increasing government revenues – albeit by small amounts; not cutting them.”

Mr. Hallett said “the best” the investment community can hope for is parity with the pension plans – that offer investors a partial tax rebate of 33 per cent.

“But I doubt even that will happen,” he said. 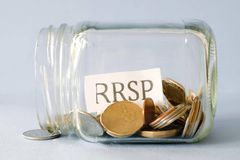