Mark Wiseman is learning Python, one of the world’s top computer programming languages.

The former chief executive officer of the Canada Pension Plan Investment Board is not trying to become a master coder, but instead believes investment managers must become proficient in manipulating large data sets to beat the market.

“If you are waiting to get a company’s quarterly or annual report and you think that is how you’re going to make an investment, you are dead meat,” Mr. Wiseman, who is now the global head of active strategies at New York-based investment giant BlackRock Inc., told a Toronto conference Thursday.

“If you are not learning the basics of Python then you are in deep trouble. You know why? Because you are being disrupted by somebody who is half your age, or a 13-year-old girl sitting in her basement and figuring out how to make investments better than you can. That’s how fast the world is moving.”

Speaking at the C4K Investor Conference, Mr. Wiseman said his firm has implemented a “reverse mentorship” program for all top level executives. Every two weeks, Mr. Wiseman meets with two younger, more tech-savvy employees who update him on the newest trends.

“Sources of information are completely different than they were even 10 years ago for investors,” he says.

“We have better information on most companies than their chief financial officers do,” he said.

For example, Mr. Wiseman said that his company purchases exclusive mapping data. Using commercial satellites to look into the yards of steel manufacturers in China, BlackRock is able to see how much inventory is drawn down or how much raw material is piling up, which can lead to future sales predictions or industry trends.

“If you’re not doing that, how can you compete?” Mr. Wiseman asked.

“As we look at data in industry and how fast it’s moving, there is going to be an increasing bifurcation between proprietary and non-proprietary data."

Non-proprietary data is information that is readily available on the internet and can easily be used by competitors. Now, money managers are increasingly looking for proprietary data to win a competitive advantage.

For BlackRock’s equities business alone, Mr. Wiseman says the firm has tripled the budget for data over the past two years and holds between 400 and 500 proprietary data sets at a time.

He said that managers of larger assets will continue to have an advantage because they can afford the data and can spread the cost over a bigger asset base.

Mr. Wiseman attempted a survey of the conference audience, asking how many knew the Python programming language, but just a couple hands rose in the audience. He said learning Python is a more important skill for a young investment manager than learning foreign languages, or even some of the curriculum taught to chartered financial analysts.

“But this is what investing is about today,” he said. “So those of you who are spending your time on your CFA Level III, that is really nice to have the letters after your name on the business card. But you probably would have been better off spending your time learning how to code Python.” 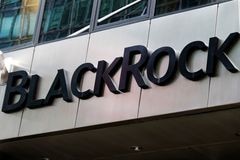 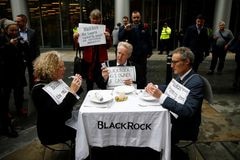 Defensive stocks are getting pricey. Four ideas where investors can now search for shelter and not overpay
Subscriber content
October 9, 2019 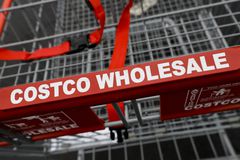 Follow Clare O’Hara and David Milstead on Twitter @oharaclare @davidmilstead
Report an error Editorial code of conduct
Due to technical reasons, we have temporarily removed commenting from our articles. We hope to have this fixed soon. Thank you for your patience. If you are looking to give feedback on our new site, please send it along to feedback@globeandmail.com. If you want to write a letter to the editor, please forward to letters@globeandmail.com.
Comments