Gary Ng, co-founder of Winnipeg-based broker Chippingham Financial Group Ltd., acquired PI Financial for $100-million in 2018 through a personal holding company. He financed the all-cash deal with a pair of loans – worth $80-million and $20-million – that were supposedly secured against assets he claimed he held in his own investment accounts. He borrowed an additional $72-million in 2019 and 2020 for separate deals.

He altered documents to put his name on corporate client accounts that he did not own and created other fake accounts and account balances, which were used as collateral for the loans, IIROC alleges. Mr. Ng’s business partner Donald Metcalfe assisted in the ruse, IIROC alleges.

At one point, Mr. Ng e-mailed an account balance to a lender that purported to show $90-million worth of marketable securities. In reality there was only $4 in the account, IIROC alleges.

“Mr. Ng and Metcalfe perpetrated a fraudulent scheme by deceiving lenders into providing them with millions of dollars in loans in reliance on falsified and fictitious documentation purportedly evidencing substantial financial assets as security when this was not true,” IIROC said in the statement of allegations.

When reached by phone, Mr. Ng declined to comment. The Globe was unable to reach Mr. Metcalfe for comment.

The IIROC hearing against Mr. Ng and Mr. Metcalfe is scheduled to begin in January. The pair face fines of up to $5-million per offence and a permanent ban from participation in the Canadian securities market, among other potential penalties. The allegations have not been proven.

PI Financial, a mid-sized investment bank with more than 300 employees, is no longer owned by Mr. Ng. In July the company announced that its ownership was being transferred to a joint venture controlled by H.I.G. Capital and RCM Capital Management. The company did not give any explanation for the sale at the time.

“We identified unusual correspondence during an unrelated document request,” PI Financial said in a statement about the allegations.

“[We] immediately alerted our regulators, and have been co-operating with IIROC on its investigation. None of the alleged misconduct was related to the firm’s capital or client accounts, and throughout this entire period we have been serving our clients as usual – there has been no impact on our operations whatsoever,” the firm said.

Mr. Ng and Mr. Metcalfe, who served as chairman and vice-chairman of PI Financial, respectively, resigned from the company in February. Both have since failed to show up for scheduled interviews with IIROC and face additional counts of failing to co-operate with investigators.

Over the past several years, 36-year-old Mr. Ng had presented himself to investors and the media as a financial prodigy. As IIROC puts it: “[he] represented himself to others as an extremely successful businessperson who created enormous personal wealth through highly successful technology, real estate and manufacturing investments in Canada and China.”

During its investigation, IIROC found no evidence that PI Financial clients had suffered losses as a result of the alleged fraud.

“There has been no suggestion that PI was remiss in its procedures, however, in light of the issues raised in this investigation we undertook a review of our internal controls,” PI said in a statement. “That review concluded that PI’s controls and governance were and are not deficient. We continue to cooperate with regulators in this matter.” 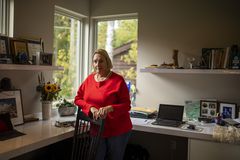