On Monday, the industry group called on all Canadian banks, insurance companies, mutual fund dealers and investment companies to offer relief on withdrawal penalties to all retail investors suffering financial hardship related to the COVID-19 crisis.

Mutual funds that include fees known as deferred sales charges (DSCs) penalize investors when they pull money out of a mutual fund before a set date. Regulators are in the process of banning the controversial funds, which pay advisers an upfront commission that is often higher than commissions for other types of mutual funds.

“It’s now time for the financial services industry to take a long-term enlightened view and act in the best interests of their clients,” Ellen Roseman, co-chair of FAIR Canada, said in a statement. “In these unprecedentedly turbulent times, the DSC mutual fund or segregated fund (the equivalent insurance industry product) are particularly harmful to investors who must access their cash."

Last December, Canadian Securities Administrators, an umbrella group for all provincial securities regulators, announced most provincial and territorial regulators were moving ahead to ban the sale of DSC funds. Ontario’s government did not support the ban and said it was going to place certain restrictions on the sale of the investments in the province.

Over the past week, about a million Canadians have filed for employment insurance benefits, while Ottawa expects another four million applications to be filed under a new relief fund that will pay $2,000 a month to workers who have lost income because of the COVID-19 pandemic.

“The financial services industry must step up and support Canadian retail investors at this critical time,” Ms. Roseman said.

One of the biggest consequences of the DSC option for investors occurs when they have to redeem their money earlier than expected owing to unforeseen circumstances. One of Ontario’s rules – which isn’t expected to be implemented until later this year – would allow an exception for investors during financial hardship circumstances, such as involuntary loss of full-time employment, permanent disability or critical illness.

But for those investors currently invested in DSC funds, penalties are still being charged if they cash out of their investments early, regardless of their financial situation. DSC funds force clients to pay as much as 6 per cent to cash out their mutual funds, a fee that tends to decline by 1 per cent each year, falling to zero after the fund is held for five to seven years.

“The many well recognized objections to DSC mutual funds and DSC segregated funds, including conflicts of interest and excessive hidden fees are even more egregious at a time when many Canadians need urgent access to their money,” FAIR said.

The Investment Funds Institute of Canada, an industry group for Canada’s asset managers, didn’t have an immediate comment as it is discussing the proposal with its members.

John DeGoey, portfolio manager with Wellington-Altus Private Wealth Inc., a long time advocate for the ban of DSC funds, says as an alternative to cashing out, clients could consider using their emergency funds or access to credit before dipping into their investments – or if necessary, investors could take only 10 per cent out of their DSC funds – the allotted amount allowed before incurring a penalty. 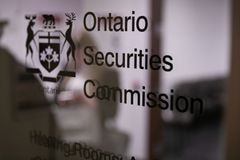 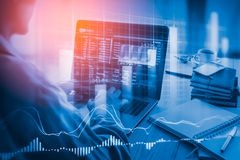 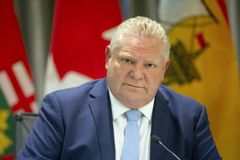