Some of the country’s biggest institutional investors are opposing the $54.8-million pay package of Richard Baker, executive chairman of Hudson’s Bay Co., amid the retailer’s weak performance and disappointing stock price.

“In this case, we do not feel that the awards have been sufficiently justified,” Ontario Teachers, which is HBC’s third-largest shareholder with almost 10 per cent of its stock, said in a recent statement.

Governance experts also see a mismatch. “It seems very odd that you would have such excessive pay when there’s such under-performance,” Richard Leblanc, associate professor of law, corporate governance and ethics at York University, said in an interview.

HBC has struggled with losses and often sluggish sales as it embarked on an aggressive expansion into Europe while having to invest heavily to catch up in its crucial digital business.

The retailer posted losses of more than $500-million in each of the past two fiscal years, and its share price has tumbled by more than half since mid-2015.

Mr. Baker led a group that acquired the retailer in 2008, oversaw its turnaround and took it public in late 2012. Under his leadership, the company profited from some real estate deals, but in the past few years has grappled with a fast-changing retail landscape and rising e-commerce competition.

Now, the company is rewarding him to ensure he stays on, including share-unit and stock-option grants totaling $46.9-million under a new “realignment program” for him, according to HBC’s shareholder proxy circular for its annual meeting.

The revamped program, which also redesigns pay for other executives, “is long-term focused, highly performance-based, and focused on the company’s strategic direction for the next several years,” the filing says.

“In order to secure Mr. Baker’s services to the company for the coming years, to motivate him and the company to achieve ambitious goals, and to demonstrate the board’s confidence in his leadership in a period where there have been executive transitions and volatility in the company’s performance, the [human resources and compensation committee] developed this program under which the next four years of equity grants would be granted at one time.”

It says a major part of Mr. Baker’s pay is stock options and performance-share units, which will have value to him only if the company’s stock price appreciates at specified levels.

HBC spokesman Andrew Blecher said on Monday the HBC board worked with an outside compensation adviser “and approved an executive compensation package heavily weighted on performance-based long term incentives that seeks to align executive pay with the interests of shareholders. It is important to note that these grants will vest only if performance targets are achieved.”

Ontario Teachers said it also has concerns over other aspects of the company’s compensation plan, notably the use of a short performance period under the long-term incentive plan.

Teachers also is voting against approving new stock-option and restricted share unit plans at HBC, which each allocate up to 15 per cent of the company’s shares for granting, and automatically refreshes the number of shares available to grant under both programs as they are used. Teachers said it does not support plans with “rolling maximums” and said they could contribute to share dilution above its preferred level. It also said the company’s annual grant rate of share units and stock options has exceeded “our threshold maximum.”

BCIMC is voting against the two new option and share unit plans, as well as the compensation, and withholding their votes on all of the non-independent directors on the Hudson’s Bay board, except chief executive Helena Foulkes. The fund manager said the compensation program “is structured in a way that does not sufficiently align pay with performance and contains features that are not in line with best practices.”

CALPERS did not provide an explanation for its voting decision.

Proxy advisory firm Glass Lewis & Co. LLC, which advises institutional investors on how to vote their shares, recommended opposing the company’s pay practices this year, saying Mr. Baker is already one of the five largest shareholders in the company and information was insufficient on why he needed a retention grant.

“We believe that a more detailed explanation for the size and structure of his awards was needed to give shareholders a better understanding of their necessity,” Glass Lewis said in its voting recommendation report.

Glass Lewis also said it is concerned about the structure of Mr. Baker’s large performance share unit grant, which would pay out based on whether the company achieves compound share price growth rate targets of 8 per cent, 10 per cent and 10 per cent during 90-day periods in coming years. Glass Lewis said the goals could be reached by “relatively brief (albeit significant) spikes in performance” rather than sustained long-term growth.

“Altogether, we believe shareholders should generally be wary of awards granted outside of the standard incentive schemes, as such awards have the potential to undermine the integrity of a company’s regular incentive plans, the link between pay and performance, or both,” it said. “We generally believe that if the existing incentive programs fail to provide adequate incentives to executives, companies should redesign their compensation programs rather than make additional grants.”

Meanwhile, the California State Teachers’ Retirement System (CALSTRS), another major U.S. pension plan, also is voting “no” to HBC’s say-on-pay vote and the proposal to approve its new share unit and stock option plans, while withholding its votes for all the company’s directors. 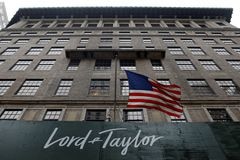 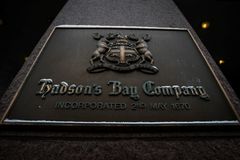 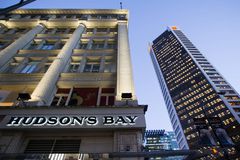