The Canada Revenue Agency and Iris Technologies Inc. are battling in court over tens of millions of dollars in GST and HST refunds that the company says it needs to avoid laying off employees and scaling back its operations.

But the CRA is refusing to do so, as it conducts an audit of the company, saying Iristel may be using a “carousel scheme” to wrongly claim refunds of GST and HST that were never actually paid. Exporters are legally allowed to claim refunds on sales of goods and services made outside Canada (as Iristel has done with its telecommunications services).

Iristel claims it is owed $79.6-million for refunds owed for the period of Sept. 1, 2019, to Feb. 29, 2020, and is seeking an interim court order for the CRA to refund it $62.3-million immediately while the agency continues its audit of that time period. The company did not succeed in its initial case before the Federal Court, heard on April 8, to instruct the CRA to disgorge the $62.3-million. In her April 17 ruling, Justice Elizabeth Heneghan said Iristel’s application is premature, and that the CRA is entitled to a “reasonable time” to conduct its assessment.

Iristel is appealing the matter to the Federal Court of Appeal, with a hearing scheduled for June 23. The CRA contended that the matter should be dismissed because the issues Iristel is raising are moot; Justice Heneghan ruled against the agency in her decision.

Samer Bishay, Iristel’s owner and chief executive officer, said in an interview that the CRA does not understand the complexities of his company’s international long-distance business, and that he is not engaged in fraudulent activity. He said Iristel, a privately held independent telecommunications company, cannot pay its suppliers and has maxed out its lines of credit. “They don’t want to pay a penny to us, they want to choke us,” he said, adding that the CRA also acted to quash his company’s application for wage subsidies.

Iristel, which operates in all of Canada’s provinces and territories, has 79 employees, and including its subsidiaries a total of 240.

Mr. Bishay said the CRA’s position is made even more unreasonable by the fact that the company was audited over the same issue last year for sales made in 2017 and 2018, without any issues being flagged. During that audit, the CRA withheld $63-million in GST/HST refunds the company had claimed for sales between November, 2018, and March, 2019. The CRA released those funds to the company, which had complained of hardship, once it concluded its audit.

In cross-examination during the April 8 hearing, Vance Smith, manager of the CRA’s Aggressive GST/HST program, said the agency is conducting the second audit because the companies in Iristel’s supply chain have “shifted slightly" and that the agency now knows more about that supply chain. In an affidavit, Mr. Smith said the initial audit was cut short because of Iristel’s warnings it might be forced out of business, with only 18 days of telephone data being examined rather than an originally planned two months.

Under a carousel scheme, a business with revenue derived from exports claims refunds for GST/HST. Such refunds are not illegal. Any business with exports will typically make such a claim, as part of a value-based tax that applies only to domestically consumed goods and services. If legitimate, a refund will merely reduce sales taxes paid. But under a carousel scheme, the government ends up actually paying out money since the money being refunded was not paid in the first place.

The company at the start of a carousel scheme issues invoices charging GST or HST, but it does not remit those amounts to the government. Intermediaries typically then issue invoices to the exporting company for that amount of sales tax, adding on a small amount that is remitted to the government. Then the exporting company sells its goods or services to a concern outside of Canada, without charging sales tax; it then applies for a refund for the tax it claims to have paid. Often, the items involved (in the telecommunications industry, long-distance minutes) are then shunted back to the original company for another cycle of the fraud – giving the carousel scheme its name.

In his affidavit, Mr. Smith said Iristel’s wholesale long-distance business “bears many of the hallmarks of being a long-distance carousel scheme," including:

The CRA declined an interview request, saying it does not comment on active court cases. But in an e-mailed statement, the agency said carousel schemes, which it characterized as a “deliberate attack” on GST/HST revenues, have become an issue in Canada recently.

The CRA statement also said that it has increased audit resources over the past four years to identify such schemes, following increased funding in the 2016 budget. In fiscal 2019, it put in place advanced technology to identify such aggressive schemes “at the earliest possible time” to avoid losing tax revenue.

Nicolas Désy, partner with the Montreal tax group of McCarthy Tétrault LLP, said carousel schemes can be difficult to detect, with a long chain of shell companies obscuring the picture. But he said red flags will be raised for CRA auditors once a company claims a large number of sales tax-exempt transactions resulting in large net refunds. The key question, he said, is to determine if the exporting company is truly providing a good or service as is claimed. "At the end of the chain, is there really something happening?”

Mr. Désy, without commenting on any specific case, added that there are “absolutely” legitimate reasons for a company to receive a large net refund. 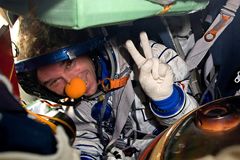 How some doctors lost out on federal pandemic aid money
June 2, 2020 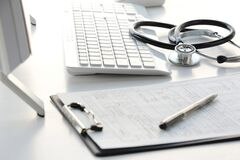 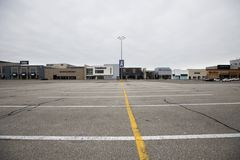