Shareholders of Hudson’s Bay Co. should vote against a $1.1-billion privatization bid led by the retailer’s executive chairman, an influential proxy advisory service has recommended.

Institutional Shareholder Services Inc. said there were “significant defects” in HBC’s sale process that prevented investors from getting a higher bid than the one from Richard Baker, who is leading the offer by majority shareholders. The decision is a big win for Catalyst Capital Group Inc., the Toronto private equity fund led by financier Newton Glassman, which says it’s willing to pay $11 per share for the entire company, more than the $10.30 offer from the Baker group.

The main problem, ISS said, is that the special committee of HBC directors in charge of the process negated the potential for superior offers when it ruled that no competing bid – even a higher one – could be successful as long as Mr. Baker’s group refused to sell.

“It appears that the special committee handcuffed itself by recommending an agreement that defines a superior proposal as something that could never happen,” said ISS, whose recommendations are followed closely by large investors in proxy contests.

The ISS view comes amid a heated battle for control of Canada’s oldest corporation. The Baker group and Catalyst are squaring off in a shareholder vote currently scheduled for Dec. 17.

The Baker group has 57 per cent of the stock, but a majority of the remaining shares must be voted in favour of the offer for it to succeed. Catalyst owns about one-third of the minority shares.

The special committee has urged shareholders to accept the offer and rejected Catalyst’s proposal early this week, saying it had no reasonable chance of being consummated because the majority shareholders would not sell.

In a statement Saturday, Gabriel de Alba, managing director of Catalyst, said, “ISS has clearly called out the HBC board and the insider group, led by Executive Chairman Richard Baker, for their egregious pattern of conflicts, misrepresentations and self-serving game … this process was designed to transfer value from minority shareholders to Richard Baker and his selected insiders.”

Mr. de Alba said, “We will continue to push the HBC independent directors to finally step up and do their duty to protect shareholders, run a true value maximization process and restrict the coercive and questionable efforts of Richard Baker.”

Late Friday, after ISS published its report, the special committee released additional background information to the transaction. In a statement, it said when Mr. Baker worked to assemble his buyout group, he operated with the permission of the committee, which believed a potential offer that cashed out minority shareholders could be in their best interest.

“Contrary to the baseless allegations being made by [Catalyst], the special committee of the company’s board of directors conducted a rigorous and thorough process,” it said.

The Baker group did not have a response to the ISS report or to the Catalyst comments by Saturday afternoon.

The two sides are scheduled to go head-to-head at the Ontario Securities Commission on Wednesday, with Catalyst seeking to have the Baker group’s offer blocked, or the shareholder vote postponed.

Meanwhile, a New York based hedge fund has filed suit against HBC and the Baker group in Ontario Superior Court, seeking an injunction against the deal.

HBC investors also expect a recommendation from rival firm Glass, Lewis & Co. before casting their vote for a meeting on Dec. 17.

ISS said one member of the Baker group, Fabric Luxembourg, previously had a standstill agreement that prevented it from acquiring more than 45 per cent of HBC shares. The board granted Fabric Luxembourg a waiver in the weeks leading up to the offer announcement in June so it could participate. This was not publicized at the time.

“Although the board has acknowledged to ISS that it granted the standstill waiver, investors who purchased shares prior to June 10, under the impression that Fabric Luxembourg was subject to a standstill, would likely have benefited from knowing…,” it said.

In its late-Friday statement, the special committee said Mr. Baker “received permission to explore the possibility of developing a take-private proposal with other large, long-term shareholders of the company, and to share information on a confidential basis as required in order to do so.”

The special committee says it looked at the company’s “declining stock price and [its] ongoing challenges and risks” and believed “a proposal that would provide liquidity to minority shareholders could be in the best interests of the company, and that the special committee should have the ability to consider and, if thought advisable, recommend such a proposal to shareholders.” 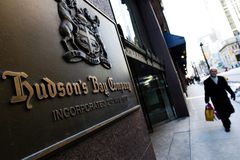 Baker bid for HBC as good as it gets, says head of company’s special committee
Subscriber content
December 8, 2019 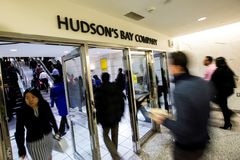 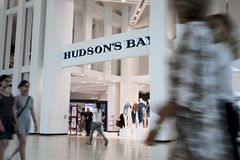 Follow Jeffrey Jones and David Milstead on Twitter @the_Jeff_Jones @davidmilstead
Report an error Editorial code of conduct
Due to technical reasons, we have temporarily removed commenting from our articles. We hope to have this fixed soon. Thank you for your patience. If you are looking to give feedback on our new site, please send it along to feedback@globeandmail.com. If you want to write a letter to the editor, please forward to letters@globeandmail.com.
Comments