A record number of new Canadian bonds are expected to hit the market in the coming fiscal year, as federal and provincial governments plug growing deficit holes and both government and corporate borrowers refinance a mountain of short-term debt that is coming due.

Canadian Imperial Bank of Commerce strategists expect that the Government of Canada alone will issue around $150-billion worth of bonds. That’s roughly $30-billion more than the federal government issued in the current fiscal year, and higher than the previous record issuance in the 2017/2018 fiscal year.

“You have deteriorating budgetary deficits, both at the federal but also at the provincial level, and on top of that, you have a year where there’s a tremendous amount of corporate [bond] maturities. … When you take that all together, that just means it’s raining bonds in Canada,” said Ian Pollick, CIBC World Market’s head of North American interest-rate strategy.

For the past few years, the federal government has been covering funding requirements by issuing shorter-term bonds, typically with maturities of two, three and five years. About $95-billion worth of Government of Canada bonds are due to be refinanced in the coming fiscal year, which begins in April, an increase of around $10-billion compared with the current year.

The exact amount of bonds the federal government needs to issue is determined by annual funding requirements, refinancing of old issues and the amount of money the government can raise in the money market using treasury bills. Strategists with National Bank Financial Markets peg the number at around $140-billion in the coming fiscal year, while strategists with RBC Dominion Securities are estimating closer to $135-billion.

An increase in bond issues is good news for institutional investors looking for safe-haven assets amid continuing economic uncertainty. That said, the market’s ability to easily absorb a large quantity of new bonds depends partly on foreign investors who have been shying away from Canadian bonds in recent years.

"We’re not so worried about the domestic investor appetite. What we get a little bit concerned about is foreign investors, and remember foreign investors represent about 35 per cent of the bond market in Canada,” Mr. Pollick said.

After a decade of rapid growth in foreign buying after the 2007/2008 financial crisis, the past two years have seen international investors pare their Canadian fixed-income holdings. The value of Canadian bonds in foreign hands fell $40-billion since a peak in 2017/2018, as investors looked for better returns in jurisdictions that have been more aggressively cutting interest rates. (When interest rates decrease, the price of existing bonds increase).

Despite a tapering off of overseas demand, National Bank Financial Markets’s chief rate strategist, Warren Lovely, expects next year’s “bumper crop” of federal government bonds to be manageable. “It’s not something that is going to give the bond market indigestion,” he said, citing robust demand from domestic investors such as pension funds and insurance companies.

Demand for federal governments bonds has historically outstripped supply, he said, and a rally in Canadian bond prices over the past year suggests appetite for the safest of Canadian assets remains strong.

"This has been accentuated in the last couple of weeks as coronavirus fears have moved to the top of everyone’s mind,” Mr. Lovely said.

In a research report published last Tuesday, he suggested that the federal government would do well to issue more debt with longer maturity dates, as the demand for bonds with maturities of 10 years or longer is underserved in Canada. It’s also becoming cheaper to issue longer-dated bonds as the yield curve has flattened owing to expectations about a slowing economy.

How well any new issues will perform ultimately depends on Bank of Canada monetary policy.

“If you think the Bank of Canada is going to cut – and we have a cut in our forecast for April – then that’s good for bonds. Yields would in general move lower, and that can see some outperformance against some other central banks," said Simon Deeley, a Canadian rate strategist with RBC Dominion Securities.

"Our U.S. team’s forecast is for no change from the Federal Reserve, and we have a cut from the Bank of Canada, so in that sense there’s going to be some outperformance for Canada bonds, so that can be a source of demand for the new issues,” he said. 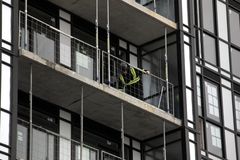 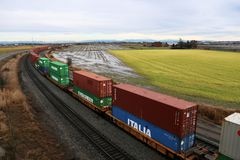 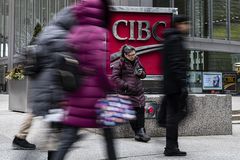