Ivanhoé Cambridge’s new chief executive is speeding up plans to overhaul the $64-billion real estate company as the coronavirus pandemic devastates the economy and hastens a shift away from traditional shopping centres.

The company, owned by the Caisse de dépôt et placement du Québec, had been trying to reduce its exposure to retail and retool its portfolio of malls, offices, industrial and residential buildings in Europe, Asia Pacific and the Americas before the pandemic hit in March.

The drop in mall values, driven in part by the rise of e-commerce, had pushed Ivanhoé’s return on investment to negative 2.7 per cent last year, its first loss since the global financial crisis in 2009.

Now the company, like other major real estate players, is facing an extraordinary economic crisis, with malls shuttered or facing huge drops in traffic, and the future of office towers coming into question as tech giants such as Shopify, Facebook and Twitter embrace permanent work-from-home arrangements.

While Nathalie Palladitcheff is trying to whittle down Ivanhoé’s stake in malls, she still has faith in office buildings and wants to increase the company’s investments in residential and industrial real estate.

“We knew already that [some malls] were a little weak before the crisis. Not a surprise that they are weaker now … We are not panicking, I am not panicking, there is a lot to do, that’s true. But we have been preparing ourselves for this kind of thing," said Ms. Palladitcheff, a former banker who took over as CEO in October.

“To have something more resilient, diversification is key. We have done part of the job. But now, because of what we see, we have to accelerate that,” she said.

Ms. Palladitcheff could not say whether her company would see a negative return on investment in the single or double digits this year.

“You can’t change the real estate portfolio from one day to the other. It is not like a stock exchange. When you see different things on your list, it takes time,” she said. “I would love to just talk about positive returns. But that was not the case at the end of 2019 and it’s not going to be the case this year. We know that for sure.”

Shopping centres will continue to weigh on Ivanhoé this year. Many retailers in enclosed malls have seen their revenues evaporate with governments shutting down non-essential activity in the early days of the pandemic. Hudson’s Bay Co., Indigo Books and Music Inc. and many smaller retailers have withheld rent in a bid to conserve cash, leaving mall owners such as Ivanhoé with approximately 20 per cent of their monthly rent.

As provinces start easing restrictions and more malls are allowed to open, retailers may be able to start paying the rent again. “We will see at the end of June where we are, who is able to pay and who is not able to pay,” Ms. Palladitcheff said.

In a bid to keep retailers alive, Ivanhoé deferred the rent for more than 70 per cent of its tenants at its 25 enclosed malls across the country for April and May. “We don’t want to make those people die during this period. We wanted to make sure they would come back,” she said.

She said Ivanhoé has no interest in using its cash to take equity stakes in retailers, as Brookfield Asset Management has said it would do to help salvage its 170 U.S. malls.

In 2018, Ivanhoé started trying to sell 10 of its 25 Canadian malls but took them off the market last year when it could not get the price it wanted, The Globe and Mail has reported. Ms. Palladitcheff would like to slash the company’s exposure to Canadian malls by one-third. The company also has stakes in another 20 shopping centres, most of which are in Brazil.

“If you need to sell in a depressed market and for retail it is especially depressed, you need to expect to take a haircut,” said Roelof van Dijk, market analytics director at CoStar Group, a commercial property company.

Although Ms. Palladitcheff said Ivanhoé still likes retail, she wants it to make up less than 20 per cent of the company’s entire portfolio, down from 22 per cent at the end of last year. She wants office buildings to represent between 20 per cent and 25 per cent. It is currently 23 per cent.

She sees industrial and residential real estate each increasing to about 20 per cent, compared with 13 per cent and 15 per cent, respectively. Other parts of the portfolio include investment funds, shares, financings, and hotels, including the well-known Fairmont Château Frontenac in Quebec City.

Since the Great Recession, Ivanhoé and every other real estate company has benefited from the booming economy, low interest rates and strong demand for commercial property. Ivanhoé enjoyed double-digit returns most of the past decade, as high as 17.1 per cent in 2010 and 15.1 per cent in 2013.

When Ivanhoé’s former chairman and CEO, Daniel Fournier, asked her to join as chief financial officer in 2015, she said she knew the company was getting ready for the downturn.

“It showed that we were heading to the end of the cycle. I think he wanted to prepare for the next stage of the company. He was looking for a profile like mine,” she said.

The 52-year-old Ms. Palladitcheff has had a long career in banking and real estate, where she was constantly dealing with distressed assets, debt and turnaround situations. Born in France, she spent a big chunk of her career in Europe before moving to Canada in 2015 with her three sons and husband.

She is Ivanhoé’s first female CEO and one of only a handful of female chief executives of a global, multibillion-dollar company. Ms. Palladitcheff said she has had to adapt her management style since coming to Canada. In Paris, she said, conflicts would often lead to solutions but in Montreal, she found that the suggestion of a conflict would signal the end of the conversation.

For example, in France, Ms. Palladitcheff could start a meeting saying “it doesn’t work” and her colleagues would hash out the problem.

But at Ivanhoé, “As soon as I said, ‘It doesn’t work,’ people were looking at me panicking. ‘It doesn’t work so it is the end of the world,’ " she said. “So I have to say, ‘Okay, we have to find solutions to make this better,’ and then say, ‘It is okay, we have many solutions.’ ”

However, transforming Ivanhoé will not be simple.

It’s not just the composition of the $64-billion portfolio Ms. Palladitcheff wants to change. She wants to change its approach to investing and the culture of the company. She said she is breaking down the silos dedicated to a specific type of real estate so that staff can work across all asset classes.

In her first few months as CEO, Ivanhoé’s head of retail Claude Sirois left the company.

“In terms of culture, that is a big deal,” she said.

Ivanhoé is co-developing a massive office complex in downtown Toronto, which will have a one-acre park connecting a 49-storey tower and a 59-storey tower. She said Ivanhoé was ahead of the curve with office real estate, selling older properties and developing new ones with a focus on healthy buildings such as the CIBC Square complex in the financial district.

In the short term, Ms. Palladitcheff said there would be some softness in the office market in Canada but she believes, like other office landlords, that the working-from-home pronouncements will not reduce demand for offices in the long run and said none of her tenants have tried to get out of their leases. Sublease space is increasing in major cities as businesses slash jobs and cut costs.

“We are just trying to grasp the long-term trends and not be too reactive on what we see today,” she said. “Changing a $65-billion company is a lot of energy and a lot of transformation. There is a long list of projects in progress. So what makes me awake at night, to make sure I am not missing anything." 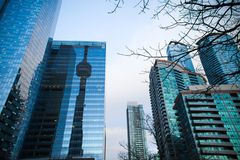 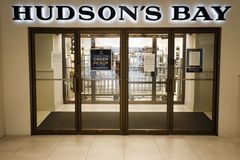