Ivanhoé Cambridge Inc., the real estate arm of one of Canada’s biggest pension funds, plans to increase its assets by a third with a bet on the booming warehouse space.

The unit of Caisse de Depot et Placement du Quebec aims to expand its assets under management to $80-billion over the next five years by adding apartments, offices, and industrial space President Nathalie Palladitcheff said.

“Industrial is the most global thing that we could imagine doing,” Palladitcheff said in an interview at Bloomberg’s Montreal office. “It’s a natural hedge to shopping centres because of e-commerce and the evolution of the way people are consuming.”

Ivanhoé plans to double its industrial portfolio to more than $4-billion by the end of the year, Palladitcheff said. The Montreal-based company is already in talks to partner with Blackstone Group LP in a $2.48-billion cash deal to take Vancouver-based Pure Industrial Real Estate Trust private, a spokesman for Ivanhoé confirmed.

Warehouses are soaring in value amid a global shift to e-commerce and the need for logistics centres in the Amazon.com Inc. age. Canada’s industrial vacancy rate dropped to 3.9 per cent at the end of last year, the lowest since 2001, according to Cushman & Wakefield, and rents continue to soar.

Ivanhoé invested in Australia’s Logos Property Group to develop industrial premises in countries such as China and India, while exploring new opportunities in Indonesia and Malaysia.

“We are following the tenants everywhere,” Palladitcheff said. “We didn’t have in our plans at the time of the transaction to go to India for example, but as soon as we saw that it made sense for the tenant to do that we have been agile enough to adapt to that.”

Ivanhoé, which owns several apartment buildings in San Francisco and Montreal, is also planning to expand its residential portfolio. It’s targeting the U.K. as well as the U.S., given its size and growing rental market since the 2008 financial crisis, said Palladitcheff.

A lot of American people don’t want to buy anymore, she said. “It has influenced a lot the way people are looking at their flat or the way they choose to live in terms of residential. This trauma is probably unique in the world.”

In Canada, Toronto is an attractive “deep, active liquid market” but Vancouver is far too expensive, said Palladitcheff. “It’s almost impossible to really justify the prices,” she said.

The chosen city for Amazon’s second headquarters is also on Ivanhoé’s radar. Slated to be announced this year, the winner will host a $5-billion project that promises to attract 50,000 jobs -- a gold mine for real estate developers looking to house workers and provide places for them to shop and eat as well as work.

“Our leasing, development guys are saying that we are ready to move,” Palladitcheff said. “We’re quite connected in the tech industry -- a lot already are major tenants. We definitely benefited from that in residential in Silicon Valley but in terms of offices in Seattle, we have surfed on this wave of Amazon and other tech industries which are already there.” 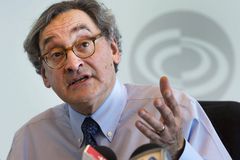 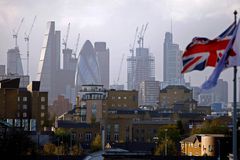