Japanese car parts giant Denso Corp. is opening a research and development lab in Montreal, betting it can tap into the city's growing power in artificial intelligence amid the global auto industry's biggest reshaping in decades.

Denso, in which Toyota Motor Corp. owns a roughly 25-per-cent share, will start work at the site right away under the direction of Pat Bassett, vice-president of Denso’s North American research and engineering centre, the company said in a statement on Thursday. A handful of people will staff the lab initially as the manufacturer searches for a permanent research director, Mr. Bassett said.

“We see AI as a key piece moving forward. It helps us in so many areas,” Mr. Bassett said in an interview. Denso, one of the world’s biggest suppliers of auto hardware, is shifting strategy by building out its software capabilities for use in things such as autonomous driving systems and computer-based mobility. It picked Montreal for its third satellite R&D base because the city has an abundance of AI talent that will help further that effort, Mr. Basset said.

Denso’s move comes as the world’s automakers and suppliers scramble to find firmer ground amid a slowdown in sales, even in previously strong markets such as China. Demand for investments in new technology such as electrification is massive and the payoff uncertain. Meanwhile, the rise of car-sharing and disinterest in car ownership by a new generation of drivers means manufacturers can’t count on historically strong volumes to fuel profit.

Denso says the global auto industry is undergoing a once-in-a-century shift that will fundamentally reshape transportation. It characterizes its own change in strategy as among the biggest in its 70-year history, one that will push it to develop transportation solutions stretching past its established markets and customers.

"Automotive is at a pivotal moment in which traditional products and parts are evolving and cloud computing, artificial intelligence and [vehicle-to-everything communication] are the future," Bill Foy, senior vice-president of engineering for Denso International America, said ahead of the Consumer Electronics Show in Las Vegas this week.

Countries and companies across the world have started investing massively in building AI-related competency, with the European Union committing the equivalent of $1.2-billion to develop the technology over the next five years and the United States expected to spend even more. Google's acquisition of startup DeepMind Technologies for US$500-million in 2014 was only one deal in a wider race by tech companies to beef up their AI capability.

Montreal has been a locus of AI activity. The city boasts that with 250 people, it has the highest concentration of AI researchers in the world, particularly in the field of deep learning (training computers to learn like humans). The practical applications of this niche are numerous, from voice-activated intelligent assistants to self-driving cars.

The city has one of the world’s leading researchers in the field, Yoshua Bengio, and two world-class deep-learning research institutes: the Institute for Data Valorization (IVADO) and Mr. Bengio’s Montreal Institute for Learning Algorithms (MILA). In a bid to affirm the blooming status of Montreal and Canada globally, the provincial government in 2017 announced the creation of an AI industrial cluster, with an operating budget of $100-million over five years. Ottawa pledged another $40-million for Montreal through its own pan-Canadian AI strategy.

Denso’s move suggests that even global corporations not in the traditional tech sector are becoming aware of Montreal’s AI capabilities, said Hubert Bolduc, head of Montreal International, a private-public agency mandated to attract foreign direct investment to the city. He said each new investment paves the way for more growth.

Since the AI cluster’s birth in Montreal in 2006, about 30 companies have committed $500-million of investment in the sector, according to Montreal International figures. “We saw the effervescence of the video-game sector in Quebec in the years around 2000 and I think we’re experiencing the same vibe and buzz around artificial intelligence,” Mr. Bolduc said. “It’s probably happening on a greater scale and faster than it did with gaming.” 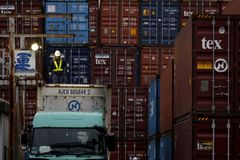 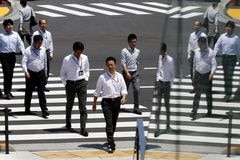 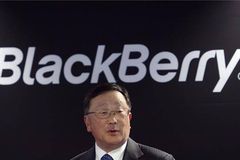