According to a proxy circular, interest in the first U.S. railway merger in nearly 20 years was initiated last August by an investor consortium only identified as “Party A.”

The initial offer of more than US$21-billion or US$195 per share in cash was rejected by KCS but it launched a battle that also attracted interest from Canadian Pacific Railway Ltd. before CN sealed the deal in May.

CN’s cash and share offer is 60 per cent higher than the initial proposal that anticipated receiving all regulatory approvals within four to six months.

The U.S. railway says a virtual special meeting will be held Aug. 19 where all common and noncumulative preferred stockholders as of July 1 are eligible to vote.

If approved by a majority of KCS outstanding voting shares and a key voting trust is sanctioned by the U.S. Surface Transportation Board, each common shareholder will receive US$200 in cash and 1.129 shares of CN stock, together valued at US$325, for each KCS stock.

Preferred stockholders will receive US$37.50 cash for each share.

The voting trust will allow KCS to remain independent and protect its financial health while a full review of the transaction is conducted, but allow shareholders to be paid without having to wait for a final decision on the deal.

“We are thrilled to be taking this important next step and giving KCS stockholders the opportunity to vote on the creation of the premier railway for the 21st Century,” said CN chief executive JJ Ruest.

The deal also includes about US$3.8-billion in KCS debt and CN will pay a US$700-million break fee owed to Canadian Pacific Railway Ltd. which had negotiated an earlier deal to buy KCS. CN has also agreed to pay KCS US$1-billion if the voting trust is not approved.

In rejecting Party A’s initial bid, KCS’s board concluded that it should remain focused on its long-term strategic plans and not pursue the proposal.

But that decision failed to extinguish interest in the railway whose network goes into Mexico. In fact, CP chief executive Keith Creel called his counterpart at Kansas City Southern just four days after the initial bid to propose a merger-of-equals consisting solely of CP shares.

Creel said a transaction between the two smallest Class 1 railroads in North America, with a lack of geographic overlap, would likely face the least amount of regulatory uncertainty.

Ruest contacted KCS chief executive Patrick Ottensmeyer the following week to indicate its interest if KCS was open to a sale.

On Aug. 31, Party A increased its bid to US$208 per share in cash but the KCS board again said no and decided not to pursue either Party A or CP’s proposals.

Another Class 1 railroad entered the fray on Nov. 17 to express its interest in some of KCS’s assets.

That was followed a week later by Party A increasing its bid once more to US$230. The KCS board still didn’t think the bid was high enough.

CP submitted a cash and share proposal Dec. 9 valued at about US$235. But KCS’s board said the value wasn’t high enough and agreed to provide due-diligence materials so CP would improve its offer.

Both CP and Party A continued to review confidential data through December. Party A upped its bid to US$235 cash on Dec. 28 and CP increased its cash and share offer to about US$248.

The KCS board rejected both updated offers and said they might reach out to other interested parties.

On March 3, the private equity consortium indicated it was prepared to increase its offer to US$245 cash. CP’s offer was raised to US$260 per share and it proposed renaming the combined firm Canadian Pacific Kansas City with the U.S. headquarters to be located in Kansas City.

Party A’s “final proposal” on March 15 was US$250, 28 per cent above where it started five months earlier. CP came in at the equivalent of US$268 per share, a US$800-million reverse termination fee and the elimination of KCS’s right to accept a superior proposal.

The board didn’t think Party A would go higher and agreed to work with CP to refine its terms by increasing the stock component and break fee while also retaining the option of accepting a superior proposal. CP then agreed to raise its bid to US$272 per share and make the other requested change.

Kansas City’s board unanimously approved the merger agreement on March 20 with a news release issued a day later.

Montreal-based CN spoiled its Canadian rival’s moves by submitting a cash and shares proposal valued at US$325 per share on April 20 with terms substantially similar to CP’s merger agreement, including the use of a voting trust.

After considering potential regulatory hurdles, the KCS board decided on April 24 that CN’s proposal could lead to a superior offer and announced a final deal on May 13. CP declined to match CN’s offer a week later 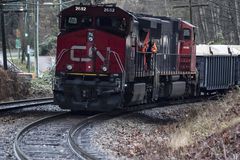 U.S. transportation board gets hundreds of comments about CN voting trust for KCS
Subscriber content
June 28, 2021 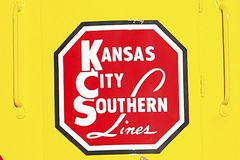 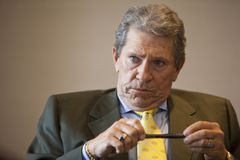