Kinross Gold Corp. is considering selling its gold mines in North and South America, moving its primary stock listing to London, and doubling down on its portfolio of assets in Russia and West Africa, according to three sources familiar with the discussions.

Kinross’s management believes selling its mines in the Americas and redomiciling its African and Russian business to London would make the remaining parts more valuable than they would be if all the assets were kept inside one business unit, the sources said. The Globe and Mail is not identifying the individuals because they were not authorized to speak publicly about the information, which is confidential.

Toronto-based Kinross is mulling the overhaul partly because its Russian and West African mines have always traded at a depressed valuation in the North American market, and since the price of gold has surged in the past year, management believes the timing is favourable to sell its mines in the Americas, the sources added.

Kinross has already considered a secondary stock listing in Europe to appeal to investors who are more comfortable than their North American counterparts with having exposure to Africa and Russia. In an interview in August, Kinross’s chief executive officer, Paul Rollinson, said the company was considering listing on the London Stock Exchange for that reason.

The miner produces far more gold than Kirkland Lake Gold Ltd. and Agnico Eagle Mines Ltd., but its valuation has long lagged those of its Canadian peers because of the West African and Russian holdings. With a market capitalization of $15.3-billion, Kinross is worth $3.2-billion less than Kirkland and $11.2-billion less than Agnico. Kirkland operates in Canada and Australia, while Agnico’s mines are predominantly in Canada. About 44 per cent of Kinross’s gold production comes from Russia’s far east and Mauritania in West Africa, with the rest from the United States and Brazil.

In an e-mail to The Globe and Mail, Kinross spokesperson Louie Diaz said Mr. Rollinson was not available for an interview and that the company had no comment.

Kinross’s mines in the Americas would be a multibillion-dollar acquisition and could attract interest from large global miners.

South African precious metals company Sibanye-Stillwater Ltd. has said it intends to expand its gold footprint. In February, CEO Neal Froneman told Bloomberg the company was willing to spend as much as US$5-billion to acquire North American gold assets.

In an interview this week, Mr. Froneman said the hunt is still on.

“To make a material difference to our gold business, we’d have to at least buy another million ounces of production. We made it very clear that we like North America. We have an executive team in Stillwater, Mont., and it would provide growth and synergies for our company."

Kinross operates two gold mines in Nevada, and another in Alaska. The company also owns Paracatu, Brazil’s biggest gold mine. Total production from those sites was about 1.3 million ounces in 2019.

Sibanye-Stillwater held “advanced discussions” with three North American companies before the COVID-19 pandemic intensified, Mr. Froneman said. When asked if one of them was Kinross, and whether discussions are under way with Kinross now, he replied, “I can’t confirm it, or deny it.”

Sibanye-Stillwater operates gold mines in South Africa, but has gradually been diversifying out of its home country. It has grown in large part because of acquisitions and, unlike many other gold miners over the past few years, has not been shy about paying cash. In 2016, it paid $2.2-billion for Montana-based platinum group metals producer Stillwater Mining Co.

Over the past few years, Kinross has considered acquisitions, but nothing stuck. In 2018, it tried to buy Toronto’s IAMGOLD Corp. in an all-stock deal. In 2019, Kinross took a run at Detour Gold Corp., operator of Canada’s second biggest gold mine. It was outbid by Kirkland Lake, which paid $4.9-billion.

Founded in the 1990s, Kinross made its big move into Russia by acquiring Bema Gold Corp. in 2007 for US$3.2-billion. Later that year, Kinross put the huge Kupol mine into production in Russia’s far east. In 2013, Kinross started up its Dvoinoye mine, also an acquisition. Last year, Kinross acquired another Russian far-east gold development property. Through the years, its operations have generally run smoothly in Russia, and its cost structure has been extremely favourable, but its stock has occasionally been hit by geopolitical events.

In 2010, Kinross diversified into West Africa by buying Red Back Mining, owner of the Tasiast mine in Mauretania, for US$7.1-billion. Tasiast never lived up to expectations, and Kinross eventually wrote down almost its entire value. North American investors have been wary of investing in West Africa. Earlier this year, shares in miners with exposure to Mali sold off aggressively after a military coup.

In 2019, companies with operations in Burkina Faso were adversely affected after a bus load of employees of Montreal-based Semafo Inc. were killed in an apparent jihadi attack. 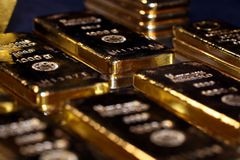 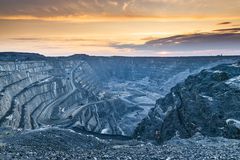