Knight Therapeutics Inc. took aim at a dissident shareholder’s financial issues and “self-interested” motives on Thursday as the fight for control of the $1-billion Montreal-based drug company grows increasingly bitter.

Knight alleges that shareholder Medison Biotech Ltd. began an activist campaign after the Israeli drug company’s profits declined in each of the past four years. Knight said that Medison, which owns a 7.3-per-cent stake in the Canadian company, put forward its slate of candidates for the board of directors on Monday in an attempt to take over Knight and gain access to its $750-million in cash.

Knight, which made its allegations in a news release, markets drugs that it licenses from large pharmaceutical companies. It was founded in 2014 by entrepreneur and chief executive Jonathan Goodman, who previously built Paladin Labs Inc. using the same strategy, eventually selling that company for US$2.95-billion.

Knight and Medison took ownership stakes in one another in 2015. As part of that transaction, Medison CEO Meir Jakobsohn joined the Knight board. Both sides acknowledge the relationship fell apart in 2018, when the two companies tried but failed to negotiate a separation agreement and Medison began an activist campaign.

“Essentially, Mr. Jakobsohn, a 7-per-cent shareholder of Knight, wants to take over the board to remove Jonathan Goodman, our founder and CEO, from the company and to gain access to Knight’s cash reserves,” Knight said in the release. “Why? Because he needs to prop up Medison, his own private company in Israel, which has made less and less money each year since our 2015 investment.”

In response, Mr. Jakobsohn said in an e-mail to The Globe and Mail: “Knight is a failing company, with no strategy and frozen cash. In addition, they are trying to distract shareholders from the issues at hand with ridiculous claims about Medison and its nominees.”

Knight shareholders are scheduled to vote on competing slates of directors nominated by the company and Medison at Knight’s annual meeting on May 7. In an interview with The Globe, Mr. Goodman said Medison’s goal is to either seize control of Knight and its cash or use the activist campaign to negotiate a split between the two companies on the best possible terms.

As part of its proxy campaign for control of Knight, Medison claimed the Canadian company is making poor use of its capital by loaning money to small drug companies. In an interview, Knight president Samira Sakhia said that the lending allows Knight to build relationships with management teams that are unwilling to sell equity in their businesses. She said Knight earned 20-per-cent returns on more than $170-million in loans to 15 companies, and used the approach to win the right to sell drugs in markets such as Mexico and Brazil.

Medison also highlighted a decline in Knight’s stock price that has seen shares fall from about $10 in 2017 to $7 levels in recent weeks. Mr. Goodman pointed out that Paladin’s stock price rose from $1.50 to $152 over 14 years, and the stock price “went sideways for 12 of those years.”

Mr. Goodman is a passive investor in pharmaceutical company Pharmascience Inc., which is owned by his father and brother, an investment Medison alleged represents a conflict of interest. Mr. Goodman said that while his outside interests are widely known and have never been seen by investors as a conflict of interest in the past, he entered into a blind-trust voting agreement Thursday for his stake in the family business.

Investment banks are siding with Mr. Goodman and his team in this contest. Raymond James Ltd. analyst David Novak said in a recent report: “We believe Jonathan Goodman is unequivocally dedicated to the interests of Knight’s shareholders and is unarguably the most disciplined, intelligent and calculated steward of capital in Canadian specialty pharma.”

“Knight Therapeutics is still in the early days of amassing and launching its pipeline of novel therapeutics; however, we remain confident in Mr. Goodman’s ability to replicate his former success at Paladin Labs,” analyst Tania Gonsalves at Cormark Securities Inc. said in a report. She reviewed Medison’s plans for Knight and said the proposal lacks clarity "and is riddled with contradictory information.”

Bayer says there is ‘no evidence of data theft’ after it blocked a cyberattack
April 4, 2019 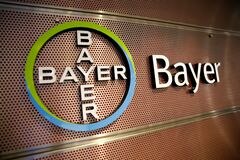 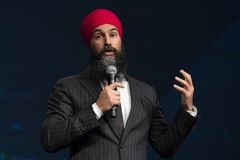