Canada’s economy would benefit from bringing more women, youth and seniors into its work force, and from better integrating new immigrants into the labour market, the Organization for Economic Co-operation and Development said Monday.

In its wide-ranging biennial report on Canada’s economy, the OECD recommended, among other things, that Canada invest more in affordable child care, raise its retirement age and do a better job matching immigration applicants’ qualifications and experience to specific skills needs.

The OECD described Canada as being among the organization’s leaders in “delivering the best outcomes for its citizens,” and lauded its strong immigration policies. It added that it expects economic growth to “remain fairly robust,” with real gross domestic product projected to grow 2.1 per cent this year and 2.2 per cent next year, among the best in the Group of Seven industrialised economies. But it said the country still has work to do in helping more people fully share in its economic recovery, and in fostering prosperity over the longer term.

“Canada is making the right decisions in many of these areas,” OECD chief of staff Gabriela Ramos said in an interview. However, “We need to continue to look at these issues if we want to make the growth process sustainable,” she added.

The 192-page report dedicated special attention to immigration and labour force participation – two areas that many economists consider critical if Canada is to offset its slowing labour growth, as the huge baby boomer generation fades into retirement. The OECD said that improvements in both areas are also keys to fostering “inclusive growth” – a growing issue in many developed economies where income inequality has been a growing problem in the years since the 2008-09 recession.

“This will not only contribute to a more inclusive society, but also to a more productive economy, in the context of low productivity growth and the aging of the population,” Ms. Ramos said in a news release accompanying the report.

OECD senior economist David Carey, the lead author of the report, said that while immigration has been an important contributor to Canada’s labour force growth, its potential to offset work force declines from the aging population trend “is actually quite modest” compared with policies that would lure more people in the existing population into the labour market.

“Get people to work longer or retire later, increasing female participation – that kind of thing has a bigger effect than changes in feasible amounts of immigration,” he said in an interview.

The OECD said that while Canada’s female labour force participation is among the highest in the 34-country organization, “the gender employment gap remains virtually unchanged since 2009.” The female participation rate, at 61.3 per cent of all women age 15 and over as of last month, is 8.5 percentage points lower than the male rate.

The report added that among full-time workers, women earned 18-per-cent less than men in 2016, a pay gap “considerably larger than the OECD average.”

The OECD also said that a later qualifying age for government retirement benefits would help support labour and economic growth, while easing pressures on the federal government’s budget and helping reduce poverty among the elderly. The previous federal government under Stephen Harper had introduced a plan to raise the eligibility age gradually, to 67 from 65, but the current government of Justin Trudeau cancelled the plan, fulfilling an election promise.

Noting that life expectancy among Canadians at the age of 65 has increased by more than 3.5 years over the past three decades, and is expected to increase by another 2.5 years by 2050, the OECD suggested that Canada should consider indexing the eligibility age to life expectancy, as some other OECD members have done. It suggested that this “is a way to gradually change societal norms around retirement timing, while depoliticizing future pension-eligibility decisions.”

On immigration, the report commended Canada’s system of economic immigration that prioritizes “higher levels of human capital and earnings prospects” in determining which applicants to accept. However, it noted that new immigrants earn significantly less than Canadian-born workers with similar characteristics, suggesting that their skills aren’t being fully put to work in their first jobs in this country – the phenomenon of job “downgrading” among immigrants, as Mr. Carey called it.

To address this, the report recommends that Canada should fine-tune its economic-immigrant selection process to “give extra weight to factors that affect the likelihood of immigrants finding good job matches.” This would include better matching applicants with specific skilled work experience to match employer needs and “relevant job offers.” 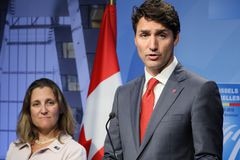 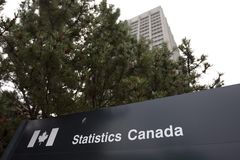 Canadian factory sales rise 1.4 per cent in May on strength in chemicals, machinery
July 17, 2018 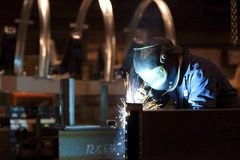