The Canadian economy faces a long recuperation period owing to enduring unemployment and a shift toward more digitalization and automation, Bank of Canada governor Tiff Macklem said in a speech containing few hints the central bank is preparing to tighten its policy position in the near term.

In his first comments since the bank’s decision in January to hold the policy interest rate at 0.25 per cent, Mr. Macklem shrugged off concerns about inflation returning to the 2-per-cent target sooner than expected because of vaccine approvals and additional fiscal stimulus. Longer-term government bond yields have pushed higher in recent weeks on increased inflation expectations, and on Monday Statistics Canada revised two of its three core inflation measures upward after backtracking on a methodology change.

“Early in the crisis, inflation expectations actually fell,” Mr. Macklem said in a press conference after the speech.

“What we’ve seen in recent months is those inflation expectations have moved back up to more normal levels. That reflects confidence in the market that central banks are going to get inflation back to target. That’s a good thing,” he said.

In the virtual speech to the Calgary and Edmonton chambers of commerce, Mr. Macklem said that “a complete recovery [is] still a long way off” and that “monetary policy will need to provide stimulus for a considerable period.”

His tone was similar to that of Federal Reserve chairman Jerome Powell, who told the U.S. Senate banking committee on Tuesday that “the economic recovery remains uneven and far from complete, and the path ahead is highly uncertain.”

Mr. Macklem chose to frame his economic outlook in terms of the labour market. While employment has improved dramatically since the depths of the pandemic lockdowns last spring, long-term unemployment remains high, particularly among women, young people and low-wage workers.

Moreover, any widespread recovery in employment will be complicated by “structural” shifts in the economy.

“The fourth industrial revolution – the restructuring caused by digitalization and automation – was already well under way before the pandemic, and COVID-19 has accelerated it,” Mr. Macklem said.

“Many low-wage jobs have a high potential of being automated. And some jobs that are disproportionately held by women and youth, such as retail salesperson and cashier, are also the kinds of jobs where the pandemic has accelerated structural change,” he said.

Governments, employers and educational organizations will need to emphasize reskilling and digital training in the years ahead, he said. Without an inclusive job market recovery – where workers are matched with opportunities in a more automated and digital economy – Canada’s economic potential will be stunted, which could have a direct impact on inflation.

“Without full employment, inflation will not stay close to its 2-per-cent target because the shortfall in jobs and incomes will pull inflation down. And without low inflation and well-anchored inflation expectations, we are doomed to repeat boom and bust cycles with large fluctuations in employment,” he said.

The focus on full employment in the speech led some economists to speculate that the Bank of Canada was more seriously considering a dual mandate – targeting full employment alongside inflation – as part of its five-year mandate review, which is scheduled to wrap up later in the year.

Mr. Macklem, however, shot down this idea in the press conference. “My remarks today were very much about the flexible inflation targeting regime we have. I wasn’t trying to signal any changes,” he said.

Economists were watching the speech closely for signs about when the Bank of Canada might slow the pace of its quantitative easing program. It is buying $4-billion worth of Government of Canada bonds each week in an attempt to keep longer-term interest rates down.

There was little mention of QE in the speech, but in the press conference Mr. Macklem reiterated that the bank would continue buying government bonds “until the recovery is well under way” and that any reduction in purchases would be “gradual.” He also repeated that Canada may need less QE stimulus “over time” if the economy sees sustained growth in the second half of the year owing to the rollout of vaccines.

This is essentially the same language he used in January. Although he did make one notable addition, saying that “by the program of quantitative easing, we mean positive net purchases of Government of Canada bonds.” This seems to acknowledge the bank is prepared to scale back the program well before its conditions are reached for ending it entirely.

When asked about Canadian real estate, which has seen a significant run up in prices in a number of markets, Mr. Macklem said that the bank was beginning to see “some early signs of excess exuberance.” 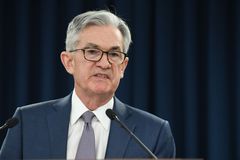 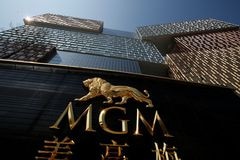 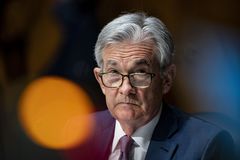