The lack of a government bailout for Canada’s airlines puts the country’s aerospace industry in peril, the head of aircraft maker Airbus’s Canadian operations says.

The warning from the manufacturer of the Quebec-made Airbus A220 – formerly the Bombardier C Series passenger jet – comes as the plunge in demand for air travel shows no sign of reversing.

Philippe Balducchi, chief executive officer of Airbus Canada LP, said Canada should follow the lead of France, Germany, the United States and others that have provided billions of dollars in bailouts to airlines, or risk imperiling an aerospace industry that directly employs 213,000 people.

The Montreal area is home to Airbus, Bombardier Inc., CAE Inc., Pratt and Whitney Canada and others, and is the world’s third-largest aviation centre, after Seattle and Toulouse, France. But the hub is at risk if the carriers that buy the products begin to fail, Mr. Balducchi said, adding his voice to those of the airline and travel industries, which have decried the lack of Canadian-government help tailored to the sector.

“For me, it’s striking, coming from France, being a newcomer in Canada, to see that the government doesn’t seem to be very active,” Mr. Balducchi said by phone. “I’m a bit puzzled.”

Airlines slashed capacity by about 90 per cent at the onset of the COVID-19 pandemic lockdowns in March, as governments closed borders and told people to avoid non-essential travel. Canada on Friday extended the closing of its border with the United States until Oct. 21, and maintained a ban on most visitors, and a two-week quarantine for anyone entering Canada.

The federal government responded to the collapse in air travel with measures that include financing for large employers and wage subsidies for employees, in addition to rent relief for airport operators and loans through Export Development Canada.

Mr. Balducchi called these steps “welcome,” but insufficient. “They are not enough for airlines to cope with the lack of traffic,” he said.

The federal government says its talks are continuing with airlines, airports and others in the sector affected by the pandemic, but declined to provide details. “Our government recognizes the impact COVID-19 has had on the air industry, and we continue to focus on this issue,” said Livia Belcea, a spokeswoman for Transport Canada.

Air Canada has reduced its fleet by 79 planes, laid off 20,000 people, eliminated routes and cancelled thousands of flights as it tries to reduce its daily cash expenses of about $16-million. Calin Rovinescu, Air Canada’s chief executive officer, on July 31 called the measures “painful but necessary,” and warned of more unless the government eased travel restrictions and provided financial aid. He said Air Canada could cancel plane orders, including the Mirabel-made Airbus A220.

“We will look at other opportunities to further reduce costs and capital, including further route suspensions and possible cancellations of Boeing and Airbus aircraft on order, including the Airbus A220, the former Bombardier C Series manufactured at Mirabel, Que.,” Mr. Rovinescu said in a conference call with analysts.

Air Canada said on Friday it has not cancelled any plane orders. “We continue advocating for the adoption of rational, science-based measures in Canada relating to COVID-19 and travel, to enable a prudent, responsible balance for travellers and for the Canadian economy, but without adversely impacting public health,” Air Canada said in an e-mail.

Air Canada has received nine of the 45 A220s it ordered, and is the biggest buyer of the planes, which Bombardier developed. The single-aisle commercial jet that seats 100 to 150 had a list price of US$91.5-million in 2018. Bombardier sold a majority stake in the plane’s production to Airbus in 2017, and transferred its remaining share in the partnership to Airbus and the Quebec government in February.

Meanwhile, Bombardier put 2,000 people on a one-week layoff in Toronto from Sept. 14 to 20 due to slower production of its Global jets. “What that helps us do is manage the sequence of production with all our other sites,” said Mark Masluch, a Bombardier spokesman. 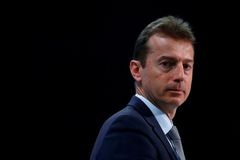 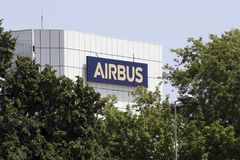