The Law Society of Ontario has asked a disciplinary tribunal to ban a Toronto-area lawyer from any involvement with syndicated mortgage loans because of concerns about his conduct as an adviser to investors in the troubled Fortress Real Developments Inc.

Derek Sorrenti, a lawyer based in Concord, Ont., is being investigated over allegations he misled clients, acted in a conflict of interest and failed to provide clients with information about their syndicated mortgage investments, the law society states in documents filed in support of its application. The law society also alleges Mr. Sorrenti may have “participated in a fraudulent mortgage scheme" involving transactions in his clients’ syndicated mortgage investments. The documents did not provide details of the allegations.

Allowing Mr. Sorrenti to practise in this area of law “would pose a significant risk to the public and to the public interest in the administration of justice,” the law society alleges.

None of the allegations against Mr. Sorrenti have been proven, and the first hearing on the application before the Law Society Tribunal is scheduled for Feb. 20.

In an e-mailed statement, Mr. Sorrenti declined to address the law society’s allegations, but said his law firm “is not now, nor has it ever been, the lawyer for Fortress Real Developments.” Rather, Mr. Sorrenti advised Fortress investors who were considering syndicated loans, and administered such loans on clients’ behalf.

In September, at the request of the law society, an Ontario Superior Court judge ordered all of the syndicated mortgage loans overseen by Mr. Sorrenti to be transferred to an independent trustee, FAAN Mortgage Administrators. At the time, Mr. Sorrenti administered $100-million in loans marketed by Fortress. Those funds were provided by about 3,000 investors, and went toward 10 real estate development projects across Ontario. FAAN had been administering $560-million of other syndicated mortgage loans related to Fortress projects since April, 2018, so the court ruling meant that FAAN oversaw all of the outstanding syndicated mortgages for Fortress projects.

Some of the Fortress-funded projects, including proposed condominium towers and commercial buildings, later faced difficulties and were never finished, wiping out investor returns.

The RCMP’s Integrated Market Enforcement Team launched an investigation into Fortress and executed search warrants on the company’s offices in April, 2018. No charges have been laid in the case. In April of last year, the RCMP obtained a court order that allowed it to keep custody of items it had seized from Fortress for another year. When the RCMP sought that extension, it said in court filings that “the investigation is ongoing.”

Scott Fenton, a lawyer for Fortress, has denied the company did anything wrong and has accused the RCMP of tunnel vision.

When the law society sought permission from the court last September to transfer the syndicated mortgage assets out of Mr. Sorrenti’s control, it cited numerous alleged problems with how he was overseeing the investments. In its court application, the law society included e-mails from investors who said they were unable to reach Mr. Sorrenti about their investments and that his voice-mail box was always full. Mr. Sorrenti consented to the transfer and acknowledged that his office had been “inundated” with requests.

Nadia Musclow, an official with the law society, also alleged in an affidavit that Mr. Sorrenti had failed to distribute to investors all of the $18-million he had received from a Fortress borrower in connection with one project. 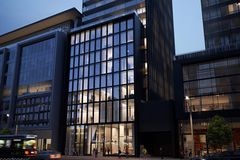 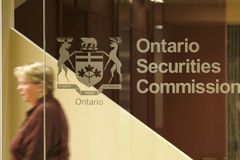