The Liberal government is busy signing daycare agreements with provinces, looking to create facts on the ground ahead of an expected election in which it hopes to turn its minority status into a majority.

Sixteen years ago, then-social development minister Ken Dryden had inked deals with all 10 provinces, with the final two agreements nailed down just five days before the start of the campaign. That meant the Liberals headed into an election needing to sell Canadians on the theoretical benefit of those deals, rather than having an expanded child-care system up and running that would have created a natural constituency.

“Everything was vulnerable,” Mr. Dryden recalled in an interview. Given enough time, he believes, Canadians would have seen the benefits of child care in their everyday lives, just as they see the benefit of publicly funded health care and education. “Try to reverse those things now,” he said. “You can’t do it, it’s part of the way you live.”

In the 2005-06 campaign, Stephen Harper’s Conservatives opposed the Liberal plan to spend $5-billion over five years on expanded child care, saying they would instead send money directly to families, $100 each month for each child under six years of age. The Liberals criticized that as too little to make a difference, with one spokesperson famously saying parents would spend those funds on beer and popcorn.

Swimming against the tide of the sponsorship scandal, the Liberals lost. The Tories, with a minority government, cancelled those child-care agreements.

Which brings us to 2021, with another Liberal minority government negotiating a new set of child-care agreements with the provinces, with a federal election call possible in the next few weeks. British Columbia and Nova Scotia have already signed agreements, and other negotiations are under way.

The parallels with 2005 are obvious enough, but there are some key differences as well. A big one is scale. This time, much more cash is on the table: The Liberals said in their April budget that they plan to spend an additional $30-billion over the next five years, much higher than the $5-billion proposed in 2005, even when inflation is taken into account.

Elizabeth Dhuey, associate professor of economics at the University of Toronto, said the public worry over deficits has withered since 2005, particularly since the pandemic and the onset of deficits running into the hundreds of billions of dollars.

Another major unknown is the stance of the Conservative Party. Sixteen years ago, the Conservatives were clearly opposed to the Liberal daycare plan, saying that (much smaller) version was too costly and intruded on parents’ decisions about child care. So far, the party isn’t stating what it might propose on child care, although in a statement it did criticize the Liberal plan as “a one-size-fits-all approach that benefits bureaucrats more than families.”

But the broader political environment has shifted, Mr. Dryden and others observed. He said that in 2005 child care was “undeniably” part of how Canadian families lived, but even so, many people only “apologetically accepted” the idea.

Child-care expenditures were seen as a benefit for individual families rather than as social infrastructure to underpin the economy. Or, to put it more bluntly, Mr. Dryden said child care was viewed by some as “daytime babysitting.” If that were true, the government should no more pay for child care than it should for an evening’s worth of babysitting.

The economic case for child care was at least as strong in 2005 as it is now, Prof. Dhuey said. But she said the pandemic has been a catalyst that transformed public perception, with the stresses of working from home surrounded by children becoming all-too-clear lessons in the economic benefits of dependable and widely available child care.

Morna Ballantyne, executive director of the advocacy group Child Care Now, said there is a fear of history repeating itself, and an incoming government cancelling the nascent child-care program. But she said support from the business community is key, in that it underscores the societal need for child care. “I think it’s going to be very hard to roll back.”

Another major difference from the debate 16 years ago is the existence of large monthly payments to families. In one sense, the Conservatives won that policy argument. The Universal Child Care Benefit that the Harper government introduced was not only maintained when the Trudeau Liberals took power in 2015, it was expanded to become the Canada Child Benefit (CCB).

Now, families can receive as much as $6,833 for each child under 6 and $5,765 for children aged 6 to 17. Ms. Ballantyne said she believes that the existence of the CCB reframes the argument about funding child-care systems versus paying funds directly to families. “It’s not an either/or,” she said, drawing a contrast with the 2005-06 election. “We need both.”

Prof. Dhuey, however, says there may be fiscal pressure in the future to scale back the CCB as federal child-care expenditures rise, and the out-of-pocket cost to families falls.

For his part, Mr. Dryden doesn’t believe that Canadians rendered a verdict against child-care expenditures in the 2005-06 campaign, or in favour of cash benefits for families. The overriding issue was the desire for a change after 12 years of Liberal government, he said. “People were not voting on either one.”

There are parallels in the policies of 2005-06 and this year, Mr. Dryden acknowledges. “But the understanding of it, the acceptance of it, is different,” he said, adding that he believes the time has finally come for a national child-care program. “Because it’s 2021, period.” 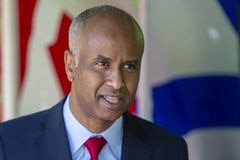