The Liberal Party plans to give home buyers more consumer protections by banning blind bidding, establishing a legal right to home inspections and forcing realtors to disclose more information on their conflicts of interest.

The party is raising the issue ahead of the federal election on Sept. 20, amid a heated national debate over housing affordability. With the typical home price across Canada now 25 per cent higher than this time last year, governments are under increasing pressure to act.

Under the Liberals’ proposed “Home Buyers Bill of Rights,” unveiled on Tuesday, sellers would be required to tell buyers the precise dollar amounts of competing offers on properties. Currently, most bids on homes are “blind,” meaning buyers are unaware what others are offering to pay.

According to the plan’s other provisions, the pricing history of properties would be public, and buyers would have the legal right to conduct home inspections. Also, realtors would be required to disclose if they are representing both buyer and seller in a deal. Such double-representation situations are seen as potential sources of conflicts of interest.

It is unclear how the Liberals would push through the majority of the changes, because real estate rules fall under provincial and territorial jurisdiction. Liberal spokesperson Brook Simpson said in a statement that the party would implement the ban on blind bidding with an amendment to the Criminal Code.

The largest and most influential real estate groups condemned some of the proposals, saying the measures would infringe on the privacy of buyers and sellers. Blind bidding has been blamed for contributing to the spike in home prices, by creating conditions where a winning bid can be much higher than a second-highest bid.

The Toronto Regional Real Estate Board (TRREB) called the blind bidding ban proposal a “substantial overreach of government,” and said the measure would punish buyers and sellers by making it impossible for them to keep financial decisions private during the largest transactions of their lives.

TRREB has tried to restrict access to data on the historical sale prices of homes, which the Liberal proposal would make public.

The Ontario Real Estate Association had a similar reaction. “You cannot fix Canada’s housing crisis by denying millions of hard-working families the choice of how to sell their home and by pitting homeowners against buyers,” the association said.

Individual realtors, meanwhile, have come out in favour of ending blind bidding, as they have to deal with clients repeatedly being outbid.

The rules have the potential to become a messy patchwork, dependent on provincial and territorial co-operation. An example of this is the Canadian Housing and Statistics Program (CHSP), which the federal government created after the housing boom of 2016 and 2017.

Although the CHSP has produced revelatory reports on the country’s housing market, it relies on data from the provinces, as well as private companies. As a result, the reports are not comprehensive. A recent one was only able to analyze off-market sales for three provinces, not including Ontario.

Phil Soper, president of Royal LePage, said he did not think that opening up the bidding process would slow price increases – but, he said, it would make buyers feel more comfortable. He added that he has noticed how buyers change once they become homeowners. “It’s like Dr. Jekyll and Mr. Hyde. When someone is shopping for a house, they think all the information should be provided. As soon as they own the house, suddenly it is all about privacy.”

The Liberal bill of rights would also require lenders to offer mortgage deferrals for up to six months if a homeowner loses their job. On the rental side, the proposal calls for stopping “renovictions,” where landlords oust tenants to renovate units and jack up rents. The Liberals say they would also slap an additional tax on what they deem excessive rent increases as a result of renovictions.

The party also took aim at Real Estate Investment Trusts, or REITs, and other large corporations that operate rental housing. The Liberal proposal says the party would “curb excessive profits” while protecting independent landlords. The proposal does not define excessive profits.

With rental vacancy rates near 3 per cent in Canada, all types of investors, including REITs like Minto and private equity firms like Starlight Investments, have been expanding their portfolios of rental units.

The Liberal Party also said it would review down payment requirements for investment properties, but it provided no detail on what this would consist of. 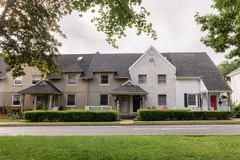 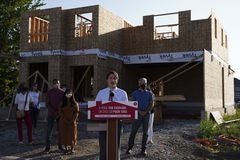 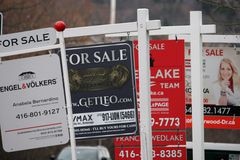