The federal Liberals are proposing new emergency benefits that represent a big step toward a national guaranteed basic income, a sweeping social program that has been discussed for decades in Canada but never attempted on a large scale.

According to the tenets of a guaranteed basic income program, all adults are eligible for government benefits that establish a floor for income, but those payments decline as earnings from wages rise. That gradual reduction, or clawback, means that the basic income benefit is eliminated entirely for higher earners.

The Liberals aren’t going quite that far with their plan to spend $22-billion over 12 months on the Canada Recovery Benefit (CRB), as well as sickness and caregiver benefits. The CRB will replace the Canada Emergency Response Benefit (CERB), which expires at the end of September. The new program will pay $400 a week – $100 less than the CERB – to those who have some lost some or all of their income due to the pandemic and don’t qualify for Employment Insurance. But the CRB allows recipients to earn much more income than either the CERB or EI before benefits are reduced. Those and other elements of the CRB resemble the features of a guaranteed basic income – particularly in the way it would allow some poorer Canadians to boost their earnings significantly.

Derek Holt, head of capital markets economics at Bank of Nova Scotia, said Ottawa’s extension of emergency benefits opens up the possibility of a basic income.

“The degree to which these programs are multiplying and becoming permanent may also be construed as a backdoor toward a living wage or permanent income benefit,” he wrote in a research note issued after the CRB announcement.

In an interview, Mr. Holt warned that the government may find it difficult to wind up those benefits, even if their original rationale dissipates. Employment Minister Carla Qualtrough did not rule this out last week, saying “it’s too early to tell” if the changes, which still need to be approved by Parliament, will be temporary or permanent.

Some advocates of a basic income welcomed the CRB as a first step toward a full-fledged program, pointing to a more generous payment structure that doesn’t duplicate private-sector wage inequities. “It corrects for problems in the labour market rather than simply patching them up,” says Sheila Regehr, chair of the Basic Income Canada Network, who praised the CRB as “moving in the right direction” toward a basic income guarantee.

A major part of that move is the floor for benefits that the Liberals have set, $400 a week. It means workers who had full-time minimum wage jobs and lost income because of the pandemic would receive benefits that range from 66 per cent of their previous earnings in Nunavut (which has Canada’s highest hourly minimum wage, $16), to 94 per cent in Saskatchewan (with the country’s lowest, at $11.32). The earnings of part-time workers could actually increase, even if they did not find employment to top up their benefits.

In any case, the lower-wage worker would be better off than under the pre-existing rules for Employment Insurance, which replace just 55 per cent of wages. (However, the Liberals also are establishing a $400 floor for EI payments, so people on Employment Insurance are not treated differently. The CRB is designed for those who don’t qualify for EI, mostly the self-employed and those who have just entered the work force.)

Ms. Regehr said the floor for payments is “extraordinarily important,” adding that she argued for such a change to EI maternity and parental leave benefits in the 1990s when she was a federal public servant.

Although the floor for the Canada Emergency Response Benefit is $500 a week, the new program is far more generous than the CERB in allowing recipients to supplement their benefits with earnings. And in a sharp break with the structure of EI payments, the CRB allows recipients to continue to receive benefits even if they are working full time.

Under the CERB, recipients could earn only $1,000 a month; one additional dollar of earnings cost them the entire $2,000 benefit. But CRB benefits are not reduced until a recipient earns $38,000 in a given year. After that point, each dollar of earnings reduces the CRB benefit by 50 cents, to be repaid when filing income taxes, with the full 26 weeks of benefits being clawed back entirely once a recipient earns $58,800. The structure is much less generous under EI, where the 50-per-cent clawback starts on the first dollar earned.

Taken together, those elements of the CRB create an earnings floor for lower earners and allow them to increase their incomes by working. The minimum wage earner in Ontario, for instance, who found new employment immediately could continue to collect the CRB while working, ending up with an income topping $37,000 – an increase of more than a third.

Similarly, a self-employed worker could receive the benefit, minus any clawback, while still earning nearly all of their regular income. Any involuntary reduction in income, as long as it was caused by the coronavirus economic crisis, is sufficient to qualify.

Ms. Qualtrough was not available for an interview. But when she announced the CRB last week, she said she did not agree with the idea of a universal basic income, and that the Liberals preferred to target benefits to those most in need.

Ms. Regehr said another noteworthy change is the less stringent conditions attached to CRB benefits; recipients need only attest that they earned $5,000 in 2019 or 2020, that they have lost employment income, and that they are looking for work. Qualifying for EI is more difficult than for the CRB, but the government is setting a lower bar during the economic crisis.

The CRB bears some similarities to the basic income proposal Ms. Regehr’s group floated in January. Under that plan, single adults would receive $22,000 a year, but would lose 40 cents for each dollar of earnings, with benefits being entirely eliminated once their income rose above $55,000.

But there is at least one significant difference: the CRB has a much narrower base. It excludes those eligible for EI, those not in the work force and those who have continued to work but whose wages are lower than the benefit. Because of that narrower base, it is much less expensive than a full-fledged basic income guarantee.

Last month, the Parliamentary Budget Officer estimated the six-month cost of a basic income program to be between $47.5-billion (with a 50-per-cent clawback of benefits from earnings) and $98.1-billion (with a 15-per-cent clawback.) All of its scenarios assumed that some existing social spending and tax credits would be wrapped into the basic-income payments, with exceptions made for disability and other payments.

However, a universal basic income approach, in which all Canadians receive payments, would be vastly more expensive. Jack Mintz, president’s fellow at the School of Public Policy at the University of Calgary, estimated in a paper for the Macdonald-Laurier Institute that such a program, paying $30,000 per household, would cost $420-billion. Paying for it would entail either a high flat tax rate of 49 per cent, or even higher marginal rates under progressive taxation.

In an interview, Mr. Mintz said the CRB could be viewed as a “partial step” toward a basic income, although it currently applies only to working people, and other social spending has not been wrapped into it. The next step, he said, could be expanding EI into a system of universal payments to lower- and middle-income working people. “We’ll have to see how far they want to go down the road.” 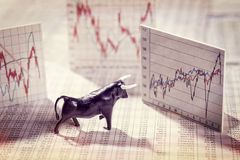