Justin Trudeau says a Liberal government would expand its new first-time home buyer program to boost affordability in major centres, a move designed to appeal to young voters but expected to have little impact on the overall real estate market.

In an announcement at a townhouse development in Victoria on Thursday, Mr. Trudeau also unveiled a 1-per-cent tax on non-Canadians who leave their homes in Canada empty while living abroad. The annual tax would apply nationally, and would come in addition to any other municipal taxes home buyers pay in cities such as Vancouver.

Mr. Trudeau said he is modelling his proposal on a British Columbia tax on vacant homes that he said has dampened speculation. "That is why we feel it is important to create a national measure right across the country based on B.C.’s success with it to ensure that foreign speculation doesn’t make housing less affordable for Canadians who, as we know, are looking for places to live,” Mr. Trudeau said.

Elections Canada data show 57.1 per cent of Canadians aged 18 to 24 voted in the last election, up from just 38.8 per cent in 2011, and Nanos Research surveys conducted in the days before the 2015 vote suggested Liberals enjoyed the biggest support among the youngest cohort of voter.

The centrepiece of the policy announcement Thursday was a plan to expand the first-time home buyer program, introduced in this year’s federal budget. It provides interest-free funds to cover up to 10 per cent of the down payment for first time buyers whose household income does not exceed $120,000. Canada Mortgage and Housing Corp., which runs the program, takes an ownership stake in the home in return for providing the interest-free funds and shares in future price appreciation until the amount is repaid.

The program, which launches this month, currently applies only to people buying a house valued at no more than $505,000, but the Liberals are vowing to expand that limit to $789,000 for buyers in Victoria, Vancouver and Toronto. The upper limit on household income to qualify will rise to $150,000 in the three targeted cities, the Liberal announcement said, but the amount of total government spending on the program would remain the same. The changes would allow those who qualify for the subsdies to take on much higher mortgage debt.

Thursday’s announcement was a sign of the party trying to address the “millennial angst” of those who feel priced out of the real estate market.

“This is more acute among Canadians living in suburban Canada, in areas like the 905, which are key bellwether clusters of ridings that are critical to all the federal political parties,” Mr. Nanos said, referring to the region of suburban seats around Toronto.

Benjamin Tal, deputy chief economist at CIBC World Markets Inc., said the changes will have some impact in the three cities, but CMHC designed the program to help people who are “at the margins” of home affordability to ensure there would not be broad market stimulus.

He said the program changes are unlikely to stimulate significant price growth in the three markets because the overall national spending commitment will stay at $1.25-billion over three years, which adds up to less than 0.3 per cent of new mortgages originated in Canada annually.

Paul Taylor, chief executive officer of Mortgage Professionals Canada, which represents the mortgage-lending industry, said the expanded price limit was necessary because most buyers in the three affected markets would have been shut out of using it otherwise.

Mr. Tal said a national vacant home tax is unlikely to drive prices much lower because the greatest issue with vacant homes was in Vancouver, which has already curbed a lot of foreign-buyer demand. The issue is smaller in Toronto, he said, and almost non-existent in most other parts of the country.

Mr. Trudeau’s announcement came the same day industry associations representing real estate agents across Canada issued a call for federal political parties to promise to change the stress test that has made it harder to borrow for a new home.

Real estate associations in Toronto, Calgary, Edmonton, Vancouver, Quebec and Nova Scotia issued a statement that said it should be adjusted so it takes into account its impact on different real estate markets across the country.

“A lot of the reason the stress test was put in was to slow markets and sort of control a market people thought was a little overheated, and quite frankly there are a lot of spots in the country that are not like that,” said Michael Collins, president of the Toronto Real Estate Board.

The Conservative Party has not yet released a detailed platform on housing issues, but Tory Leader Andrew Scheer has said previously that he would review the stress test and would not require people renewing existing mortgages to qualify under the stress-test rules if they are switching to a new lender.

The NDP has not pledged to change the stress test, but has promised to expand the mortgage amortizations to 30 years for first-time home buyers. The party’s housing platform, released earlier this year, also includes a pledge to create a national foreign buyer’s tax on the sale of homes to people who are not Canadian citizens or permanent residents. The Green Party has yet to announce a platform, but has emphasized helping the homeless and implementing “a National Housing Strategy to provide every Canadian with a place to call home.”

Lamont says he plans to stay on as Manitoba Liberal Leader despite loss of official party status
Subscriber content
September 13, 2019 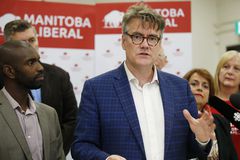 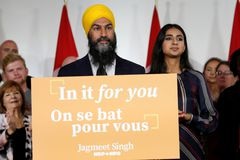 Follow Michelle Carbert and Janet McFarland on Twitter @michellecarbert @JMcFarlandGlobe
Report an error Editorial code of conduct
Due to technical reasons, we have temporarily removed commenting from our articles. We hope to have this fixed soon. Thank you for your patience. If you are looking to give feedback on our new site, please send it along to feedback@globeandmail.com. If you want to write a letter to the editor, please forward to letters@globeandmail.com.
Comments