Loblaw Companies Ltd. is raising fees it charges to suppliers, a move that manufacturers have been fearing since competitor Walmart Canada signalled a fee hike in the summer.

Loblaw president Sarah Davis reminded suppliers in letters sent on Thursday that the company plans to invest $6-billion over the next five years to improve its stores and e-commerce operations.

Industry groups representing food producers, and small retailers, have raised alarms about such fee increases for years, and recently renewed calls for a code of conduct in the grocery industry.

The issue came to the fore again in July, when Walmart Canada announced fee increases beginning in September. The fees were intended to help offset $3.5-billion in planned investments in its stores and e-commerce network over the next five years. Shortly after Walmart’s notices went out, United Grocers Inc. – which represents 6,500 food retailers, including Metro Inc., Alimentation Couche-Tard Inc., Dollarama Inc. and others – told suppliers its members would expect the same terms as competitors get.

“It continues to escalate,” said Michael Graydon, chief executive of Food and Consumer Products of Canada, a trade group representing manufacturers. “They’re creating an inflationary environment. ... It’s absolutely brutal behaviour, and further demonstrates why government needs to step in and put some fair practices in place.”

Safety measures during the novel coronavirus pandemic have increased costs for retailers and suppliers. As in other years, some suppliers have also attempted to negotiate with retailers to pay more for their products. Mr. Graydon said many of those negotiations have not succeeded.

In a statement, Loblaw said that not all suppliers will be subject to the new fees and that some smaller companies and farmers will not see increases.

“In the case of our large suppliers, we have provided customized plans that reflect their business with us. Generally, these are big, sophisticated marketers, and we want their support on key areas like loyalty offers and digital promotions,” the statement said. “In other words, we’re asking them to help us give real value to our shared customers.”

But competitors say this gives an unfair advantage to the largest retailers who control more of the grocery market.

“Upgrades to stores, investments in e-commerce, marketing ... all grocery stores have to do this," said Gary Sands, senior vice-president of public policy for the Canadian Federation of Independent Grocers. "The difference between us and the chains is, we can’t offload those costs. We’re on an uneven playing field. It’s never going to be level -- it’s a consolidated industry -- but what we’re fighting for is the right to stay on the field.”

In addition to the new fees, Loblaw also told some of its largest suppliers that it would ask for further investments in “loyalty, digital, data and media programs,” calculated based on the volume of business they do with the retailer. That includes directing some of their marketing spending through Loblaw Media, the retailer’s own digital marketing agency that uses PC Optimum loyalty program data to target ads to shoppers. Those larger suppliers were asked to sign new “customer marketing initiative contracts” by Dec. 1.

Suppliers have also objected to the fact that Loblaw has reinstated what are known as “compliance fines,” which are penalties that retailers typically charge for late or inaccurate orders. Many major grocers suspended those fines for the pandemic as supply chains were stretched; Loblaw reinstated them, although other major grocers have not. In a statement, the company said it continues to be flexible with suppliers who need relief. 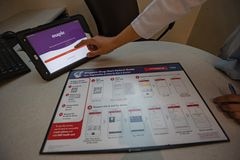 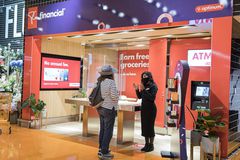