Grocery giant Loblaw Cos. Ltd. is pushing back into everyday banking with the launch of a new bank account for customers, three years after severing a 20-year relationship with Canadian Imperial Bank of Commerce to focus on its credit-card business.

The account, available Monday through the company’s President’s Choice Financial subsidiary, has no monthly fees and offers loyalty points on a range of transactions through the PC Optimum rewards program.

Since the split with CIBC in 2017, PC Financial has focused on payments as an avenue to drive more use of its loyalty program, as well as more spending in Loblaw’s stores. The company kept control of its PC Mastercard business, which has more than three million clients. But about two million clients who had PC bank accounts were moved to Simplii Financial, a new digital-banking brand owned by CIBC, and PC Financial received compensation in return.

After reassessing its payments strategy, PC Financial has now reversed course and decided to try to rebuild that base of deposits without a partner, tailoring the account’s features to act as a springboard that can generate more loyalty among shoppers by offering them another way to earn PC Optimum points.

In recent months, PC Financial decided to expedite the launch of the new account, called the PC Money Account, which was originally scheduled for 2021. The coronavirus pandemic and public-health measures to contain it have concentrated more consumer spending on everyday essentials such as groceries and sapped the momentum of popular travel-based rewards programs as borders closed and crossborder tourism dried up.

“In terms of the pandemic, we’ve just seen this escalation in the importance of everyday rewards,” said Barry Columb, president of PC Financial, in an interview. “We saw opportunities that we could provide value to Canadians at this time."

Deposits will be held at President’s Choice Bank, a licensed bank the company has owned since 2001, which relieves the need for a financial-services partner such as CIBC. PC Financial has also made investments to rebuild its network of automatic teller machines (ATMs) so it can offer free cash withdrawals, in addition to digital banking.

But the new account’s features are squarely focused on generating loyalty, offering PC Optimum points as incentives for using the account to spend, make bill payments and deposit paychecks.

Early in 2018, Loblaw merged its PC Plus points program with the Optimum program offered by Shoppers Drug Mart, the pharmacy chain that Loblaw acquired in 2014. That created an expanded loyalty program that now has 18 million customers, and PC Financial hopes to build a closer financial relationship with some of them through the new deposit accounts.

“We’ve really homed in and put our focus on payments," Mr. Columb said. “What we do with payments is what [has] created our loyalty base.”

Both PC Financial and CIBC’s Simplii have had challenges finding new growth since their breakup. The financial services segment of Loblaw earned $233-million in revenue and $12-million in profit before tax in the second quarter this year. This compares with revenue of $225-million and $26-million in pretax profit in the same quarter of 2017, although its primary value is in encouraging customers to shop at the company’s stores. CIBC does not disclose Simplii’s financial results, but chief executive officer Victor Dodig has said the digital bank is profitable and attracting new deposits, but has lost some mortgage customers.

PC Financial has not disclosed how many new bank accounts it expects to open, nor would Mr. Columb say whether the company has ambitions for PC Financial to expand into other banking products. But he said it is clear from consumer research what his customers want: “It’s rewards.”

“We’re going to see what Canadians think about the product, and we’re going to listen to their feedback to really understand what the road map looks like for the future," he said. 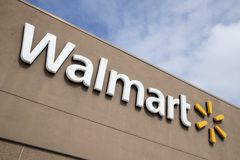 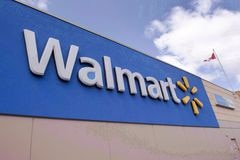