Loblaw Cos. Ltd. says its profits have declined in recent months, as an unprecedented surge in grocery revenue during the COVID-19 pandemic has been dragged down by added costs.

The Brampton, Ont.-based retailer reported on Thursday that it incurred $282-million in pandemic-related costs during the second quarter, including $180-million in pay bonuses for its 200,000 employees. Canada’s biggest grocers, including Loblaw, were heavily criticized for the decision to end their pay premiums in June. Earlier this month, senior executives from Loblaw, Metro Inc. and Empire Co. Ltd., which owns Sobeys, appeared before a parliamentary committee to defend the decisions.

On a conference call to discuss the earnings on Thursday, Loblaw president Sarah Davis said the company has not heard from the parliamentary committee about any future plans to call the executives back to answer further questions, and has had no contact with any regulators on the issue.

“They asked their questions, we answered them, and as far as I’m concerned it’s done,” Ms. Davis said. “Anything is possible, they could ask us to come back. But they haven’t notified us if they intend to.”

Loblaw – which owns banners including the flagship Loblaws stores, No Frills, Valu-Mart, Real Canadian Superstore and Shoppers Drug Mart – reported its net earnings fell 40.9 per cent to $169-million in the 12 weeks ended June 13, compared with $286-million in the same period last year. The company reported 47 cents in diluted net earnings per common share, down 39 per cent from 77 cents a share last year.

Since the end of the second quarter, the company’s costs related to COVID-19 have decreased – including the end of the pay premiums – which reflects “a greater degree of stability in store and distribution centre operations,” Loblaw said in a statement Thursday. In the four weeks since June 13, these costs have amounted to $19-million.

Sales have been strong at Loblaw’s grocery stores, which reported same-store sales growth of 10 per cent. (Same-store sales growth is an important metric in retail that tracks growth not accounted for by store openings.) Even after an initial phase of stockpiling in March, demand remained high for multiple products, the company reported, including essential food items.

Loblaw’s conventional grocery stores benefited most, with same-store sales growth of 18 per cent; its discount grocery stores grew by 4.9 per cent. The company’s grocery sales have remained strong as restaurants across the country have begun to reopen, but growth has slowed. Same-store sales at its drugstores fell by 1.1 per cent, driven by declines at its pharmacy counters, even as shoppers bought more essential items at the front of the store.

Grocery shoppers continued to make fewer trips to the stores during the second quarter, but were buying more on average during each visit.

Similar to other grocers, Loblaw has also seen a significant uptick in demand for online grocery purchases. In the second quarter, online sales nearly quadrupled, rising 280 per cent. In the first half of this year, online sales have reached $1.2-billion, which has already surpassed online sales for all of 2019 of about $1-billion. That number includes sales of grocery, pharmacy and clothing items.

“The company expects continued growth in its e-commerce business and is investing to expand capacity and enhance its same-day service offering while also improving the cost structure of the business over time,” Loblaw said in the statement.

Loblaw reported second-quarter revenue of nearly $12-billion, up 7.4 per cent from $11.1-billion in the same period last year. 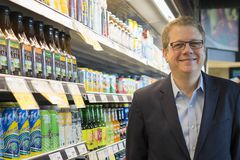 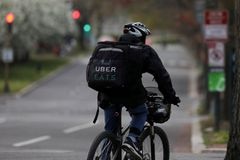