Now that Galen G. Weston is back in the executive suite at Canada’s largest grocer, the president is making some choices.

After an executive shuffle that took effect in early May, Loblaw Companies Ltd. has begun a strategic review of roughly 17 different initiatives that were prioritized under the tenure of former president Sarah Davis, to narrow the company’s focus and to concentrate on what Loblaw chairman and president Mr. Weston called “retail fundamentals.”

“If your teams are spending all of their time focused on supporting strategic initiatives, then it comes at the expense of time that they would otherwise be spending on their merchandising programs, or on store conditions and so on and so forth,” Mr. Weston said on a conference call to discuss the company’s earnings on Wednesday.

One example of the changes on the docket is Loblaw’s decision to get out of the meal kit business, shuttering its PC Chef line – which Mr. Weston said would take too much time and tens of millions of dollars of investment to make an impact on the business. In contrast, Loblaw will be directing more energy to improving the efficiency of its e-commerce business – such as reorganizing its order-picking teams to avoid wasted labour. Loblaw reported $2-billion in online grocery sales in its last fiscal year, making it by far the biggest player in the Canadian market, but the business is not yet profitable.Loblaw’s e-commerce sales fell by 0.5 per cent in the quarter, after growing by 280 per cent in the second quarter of 2020.

George Weston Ltd. president and chief financial officer Richard Dufresne, who in May expanded his role to return as Loblaw CFO, and retail veteran Robert Sawyer, who joined as chief operating officer, have also just completed a review of Loblaw’s store network, Mr. Weston said on Wednesday. Some underperforming stores will be converted to a different format or closed, while the company is also evaluating opportunities to build new stores.

“There are a number of areas that Richard and Rob are focused on in terms of improving just that fundamental retail asset, which has perhaps not received as much focus over the last few years as it should have,” Mr. Weston said.

The company, which owns grocery banners such as Loblaws, No Frills and Real Canadian Superstore, as well as the Shoppers Drug Mart pharmacy chain, reported a second-quarter revenue increase of 4.5 per cent, to $12.5-billion. As Canadians continued to eat at home and restrictions on restaurants and bars remained in the country’s largest province through early June, Loblaw’s food retail sales kept pace with a period in 2020 when grocery sales were surging. Food same-store sales – an important retail metric that tracks sales at stores open more than a year – were roughly flat in the second quarter, declining by just 0.1 per cent compared to the prior year.

The Brampton, Ont.-based company’s net earnings available to common shareholders grew significantly, to $375-million or $1.09 a share, compared with $169-million or 47 cents a share in the same period last year. Loblaw benefited from a decline in costs related to COVID-19 – totalling $70-million in the second quarter, compared with $282-million in the same period the prior year – and stronger sales of both over-the-counter and prescription drugs.Loblaw’s drugstores reported same-store sales grew by 9.6 per cent.

Grocery sales are expected to dip in the second half of the year, as vaccination rates increase across the country and shopping behaviour changes. Loblaw and other grocers have noted that store traffic is increasing, as customers who were restricting their outings last year, have begun to shop more often and buy less during each trip.

According to research firm Nielsen, sales of “fast-moving consumer goods” – including packaged goods, health and beauty products and many grocery items – fell by 3 per cent in the 13 weeks ended July 17 compared with the same period the year before. The biggest sales declines were in fresh foods such as produce, meat and seafood; and non-grocery items such as paper goods and household cleaners.

Grocers are also expecting that customers who sought out conventional stores for one-stop-shopping during the pandemic will return to discount grocery stores. That would be good news for Loblaw: Roughly 60 per cent of its store network are discount banners.

According to Nielsen surveys conducted in February and March, roughly 30 per cent of Canadian households are “newly constrained” in their spending, owing to the effects of COVID-19.

Loblaw announced it would boost its quarterly dividend paid to shareholders by 9 per cent, from $0.335 per common share to $0.365 per common share. The company spent $350-million on share buybacks in the quarter, repurchasing 4.8-million common shares for cancellation.

Editor’s note: Loblaw’s second-quarter revenue figure has been corrected in the online version of this story. 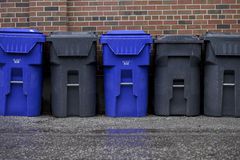 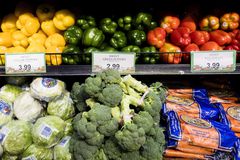 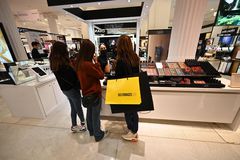