The federal government’s latest lifeline to cash-strapped businesses landed with a swirl of anxiety as companies face an uncertain future that the country’s finance minister summed up in three words: “Winter is coming.”

The new Canada Emergency Rent Subsidy replaces an earlier rent-support program for businesses introduced in the spring that saw little pickup because it relied on landlords to apply for help.

The new program will cover up to 65 per cent of rent or commercial mortgage interest on a sliding scale based on revenue declines, with an extra 25 per cent available to the hardest-hit firms.

Speaking at a midday press conference, Finance Minister Chrystia Freeland said the measure, among others, should prevent viable businesses that have survived this far into the pandemic from faltering now that an end is in sight – a nod to encouraging news recently about vaccine development.

Still, she said, companies and Canadians are heading into “what we all know will be a difficult winter,” calling the support crucial to making it to next spring.

“We want to keep as much of our economy going as possible,” Freeland said.

“It’s great that our manufacturing is open. Obviously, we need our grocery stores and our drugstores to still be operating. So I really believe that these measures are going to help us do the right thing when it comes to public health and help our businesses get through a difficult winter.”

The government is only setting the rules until Dec. 19, after which the Liberals are promising to adapt and target the aid as needed.

The Canadian Federation of Independent Business, which represents thousands of small companies across the country, welcomed the new rent program as long overdue for firms hit hard by COVID-19.

But it noted the program doesn’t help companies that would have qualified for the previous rent-relief program if only their landlords had chosen to apply.

The assistance will cover rent, property taxes, insurance and mortgage interest for qualifying companies going back to Sept. 27.

Laura Jones, CFIB’s executive vice-president, said small businesses are still anxious about applying for the program and whether they will qualify or fill out forms properly. She said that won’t subside until the aid is in the bank.

“For many businesses, getting rent relief is make or break,” she said Monday in an interview.

Many businesses still don’t know about the new program or how it works, or believe they’re not eligible because revenue losses aren’t as steep as what the previous version required, Jones said.

“Businesses are paying attention to so many things,” she said about the need to educate businesses. “It’s like drinking from a firehose all the time, on top of trying to keep your business afloat.”

The revamped program includes a requirement that entrepreneurs pay their rent before applying, putting the subsidy out of reach for many cash-strapped stores. The Liberals have promised to quickly introduce legislation to end that requirement.

In the meantime, the Canada Revenue Agency said it won’t require prepayment before paying out the aid. But the CRA said any rent expenses that haven’t been paid when a company applies will have to be paid within 60 days of receiving the subsidy.

“The government had all summer to come into September with draft legislation that is properly thought out to support small businesses and they blew it,” said Conservative MP Pat Kelly, his party’s small business critic.

“This is the first day that small businesses have been able to apply for the rent subsidy. Most didn’t even qualify for the old subsidy, but even for those that did, that program expired in September, and December’s rent is a little over a week away.”

The CRA said its online application and automated verification system should process claims on Nov. 30 and issue payments within three to five business days.

The CRA also promised little red tape for applicants for whom the agency doesn’t have information already on file to verify a claim. In those cases, applicants or third parties like landlords might be contacted for information on lease agreements and mortgage payments.

Statistics Canada reported last week that commercial rents rose by 0.7 per cent in the third quarter of the year, after a record 1.8 per cent plunge in the second quarter when the economy took a nose dive due to COVID-19.

Rents for office buildings rose at the fastest pace, followed by industrial and then retail buildings.

The national statistics agency said the rise in commercial rents in the third quarter “reflected the gradual ending of rent relief and abatement that began in the second quarter.” 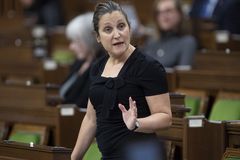 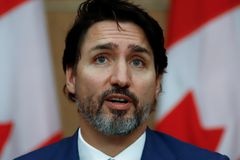 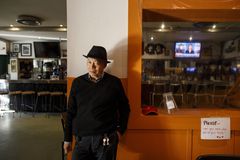