David MilsteadInstitutional Investment Reporter
Published May 4, 2021 Updated May 5, 2021
For Subscribers
Comments
Text Size
Please log in to listen to this story. Also available in French and Mandarin. Log In Create Free Account

Two of Canada’s biggest operators of long-term care homes paid annual bonuses to their top executives for 2020, amid the year when the COVID-19 pandemic first began and care homes were hit hard by the virus.

Extendicare Inc. paid full bonuses to several top executives after surpassing profit goals for 2020, but trimmed the CEO’s bonus because of low performance on other quality measures last year.

Sienna Senior Living Inc. said it missed its financial goals for profit and cash flow, but decided to exclude all its costs for COVID-19 in its annual bonus calculations and increase the bonuses it paid out. It also gave former CEO Lois Cormack a $4.7-million severance package, including a cash payment of $2.4-million, when she left the company in June.

While Chartwell Retirement Residences is Canada’s most valuable retirement-living company by market capitalization, Extendicare and Sienna collect more revenue and get a larger share of their profits from long-term care than Chartwell does. Long-term care provided $716-million (or 62 per cent) of Extendicare’s revenue in 2020, with the remainder coming from its homecare business. Sienna recorded $514-million in revenue from long-term care – about 77 per cent of its top line – with the remainder coming from private-pay retirement living.

The companies discussed COVID in their messages to shareholders in their proxy circulars, where they disclose pay numbers, with Extendicare’s board chairman expressing condolences to families “who have lost loved ones” and acknowledging the deaths of an employee and family members of other workers from COVID. However, neither explicitly said that COVID cases among its residents or employees contributed to a reduction in executive pay.

Sienna paid CEO Nitin Jain $1.23-million in 2020, including compensation for the chief financial officer role he held until his June promotion. His pay package included a $336,375 bonus.

When it came time to pay annual bonuses, Extendicare cut back on what its formulas suggested, while Sienna added on.

Going into 2020, Extendicare had enhanced its bonus program to pay up to 50 per cent more to its executives if the company greatly exceeded its financial goals. Extendicare exceeded its profit target by 40 per cent, and the bonus formula spat out the maximum, but the company’s board decided to cap payouts related to its financial metrics “given the extraordinary nature of the year,” according to the circular.

The decision to scale back the payout rate on financial targets cut $150,000 from Dr. Guerriere’s bonus.

Extendicare also said that it scored “quality” measures, which were weighted as 20 per cent of Dr. Guerriere’s bonus, at 2.1 percentage points. Instead of a maximum payout of $180,000, Dr. Guerriere received $12,600.

The company said Dr. Guerriere’s quality goals related to “the success of the LTC homes in achieving industry-leading quality indicators and the success of the home health care operation in increasing its reliability,” but was not more specific.

Extendicare said Dr. Guerriere also waived $25,000 of the bonus he was to receive so the company could make an additional contribution to the Senior Living Cares Fund it established jointly with Chartwell, Sienna and privately held Revera Inc. to provide up to $10,000 in financial assistance to employees of long-term care and retirement-home operators during the COVID-19 crisis. Extendicare gave $2-million to the fund, plus another $200,000 from members of the board of directors who waived a portion of their fees.

Four other top Extendicare executives did not have quality goals as part of their plans, and were paid 95 per cent to 100 per cent of their target bonuses, ranging from $91,741 to $200,000 for each.

Sienna’s profit and cash-flow results fell below the minimum amounts that would normally yield a bonus payment, the company said. But the board committee in charge of setting executive pay “exercised its discretion” and excluded “extraordinary operating expenses incurred in relation to the prevention and containment [of COVID].” The higher adjusted profit measures yielded bonus payouts, Sienna said.

The thinking behind paying the bonuses, Sienna said, included “the desire to recognize and compensate the team members of the company, including the [executives], for their extraordinary efforts to mitigate the impact of the pandemic on residents and team members and the overall operation of the business.”

Outside of Mr. Jain’s $336,375 bonus, the incentive payments ranged from $49,460 to $90,675. Despite paying out more than the formula suggested, Sienna said that the aggregate bonus awards to the executives decreased by approximately 48 per cent.

Sienna said its cash severance payment to Ms. Cormack of $2,397,113 included two years’ worth of salary, bonus, RRSP contribution and car allowance. In addition, she receives health and medical benefits for two years after departure. Sienna also cashed out her stock awards, worth $2,299,776, upon her June 11 departure. She received half the money in January and will get the rest in December, Sienna said. 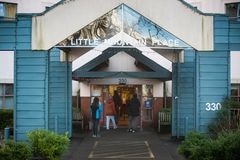 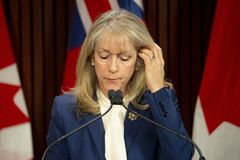 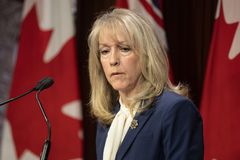