North America’s polarizing pipeline battles have seen many venues – from the Prime Minister’s Office and the U.S. State Department to the windswept plains of Nebraska and Minnesota to judges’ chambers on both sides of the Canada-U.S. border.

The irreconcilable differences are rooted in the regional nature of the energy industry in both countries, experts say, with climate-change hardliners on one side and oil and gas traditionalists on the other.

The solution, when it does come, will likely be not from the courtroom, but the classrooms producing the energy sector’s next corporate suite.

“We’ve got a very smart cohort of next-generation oil and gas leaders,” said Peter Tertzakian, an energy economist, author and adjunct business professor at the University of Calgary.

“This very smart and energetic cohort is also very frustrated, if not confused, because of all of the negative stigma around the business.”

As young people with a bred-in-the-bone generational concern about climate change, they’re also very motivated to find ways to confront that challenge from inside an industry long seen as its anathema.

“They’re trying to figure out everything from how to effectively pivot their organizations into that new transitional world, and how to also change some of the narratives.”

Those narratives are often deeply frustrating to people in places like Alberta and Texas, where the fossil-fuel industry has been part of daily life for most of the past 150 years.

But because pipelines, by their very nature, deliver the spoils of the Alberta oil sands to and through parts of the continent that can see little to no clear benefit, conflict is inevitable.

“You had this vast set of interest groups that lay between the resource and the market, that were basically not getting anything out of the deal,” said Andrew Leach, an energy economist who teaches at the University of Alberta in Edmonton.

“There’s no, like, shut-it-down-tomorrow view of the world in all but the fringes in Alberta, whereas outside of Alberta it’s really easy to say, ‘Yeah, just don’t do that.’ "

That seems to be what’s happening in Michigan, where Governor Gretchen Whitmer has suddenly revoked a 1953 agreement that allowed Enbridge Inc.’s Line 5 pipeline between Wisconsin and Sarnia, Ont., to move oil and gas underneath the Straits of Mackinac, an ecologically delicate section of the Great Lakes.

Governor Whitmer, a close ally of Joe Biden who was on his list of potential running mates, announced the decision less than a week after he was declared the winner of last year’s presidential election.

Shutting down Line 5 after more than 65 years would trigger a devastating energy and economic crisis in both Canada and the U.S., Enbridge vice-president Vern Yu told a House of Commons committee last week.

Existing domestic lines are already at or near their peak capacity and, given public attitudes toward pipelines in Canada, it would be impossible to develop an alternative line that avoids crossing the border, he added.

“Building a brand new pipeline across Canada would be as big a challenge as keeping this existing pipeline operating – in fact, it might actually even be a bigger challenge to get unanimity from Canadians to do that,” he said.

“We’ve seen multiple occasions where we can’t as a country get behind building a pipeline. So it’s important to keep the existing ones up and running.”

In Minnesota, more than 200 people have been arrested in recent months as Indigenous protests escalate against Enbridge’s US$10-billion upgrade of an existing stretch of the network, this one known as Line 3.

Protesters have been sitting in trees, shackling themselves to equipment and taking up residence inside sections of pipe, organizers say.

Then there’s Dakota Access, a 1,900-kilometre line between North Dakota and Illinois that faces a reckoning April 9. That is the court-ordered deadline for the U.S. Army Corps of Engineers to decide whether to shut down the pipeline and await a thorough environmental review.

The DAPL case is widely seen as a likely bellwether for the pipeline industry in the U.S., where both Vice-President Kamala Harris and Interior Secretary Deb Haaland, America’s first Indigenous cabinet member, support shutting it down.

“The quarrel is not with the pipeline companies, the quarrel is with the producers, and the product they produce,” Prof. Tertzakian said – a “ridiculous proposition” based on the premise that ending oil production in Canada will somehow solve the climate change problem.

Instead, the challenge going forward is to reframe the debate to focus on which companies should be the ones meeting the demand for fossil fuels, which experts say will persist for decades to come.

“Clearly, who should supply the oil are the companies that are walking the talk in the world and making a concerted effort to reduce emissions,” he said.

“Those are the companies that should be left standing – the best players on the team.”

Even deep in the heart of Texas – an oil and gas state laced by 770,000 kilometres of pipeline, nearly as much in all of Canada – energy educators are beginning to see evidence of a shift.

Richard Denne, director of the TCU Energy Institute at Texas Christian University in Fort Worth, Tex., said what used to be a diehard Texas student body is increasingly from liberal-minded California.

“We’re starting to pivot to include much more of the renewables,” Dr. Denne said in an interview, noting that one of his geology classes, once focused primarily on petrochemicals, is evolving.

“I’m going to pivot that to be less oil and gas, and more of the other – uranium and the rare earths required for renewables and hydro and geothermal and all that kind of stuff, so that they get more of a broad brush and not just oil and gas.” 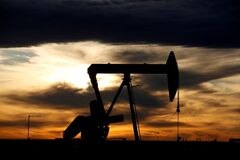 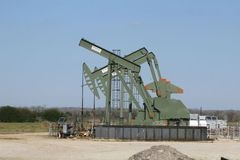