Lowe’s Cos. Inc. is closing 34 stores across six provinces and cutting more jobs as the U.S. home-improvement retailer struggles to find its way in the Canadian market after the $3.2-billion takeover of Rona in 2016.

Quebec is bearing the brunt of the closings, with 12 Rona and Réno-Dépôt outlets slated to shut operations early next year, Lowe’s, based in Mooresville, N.C., said in a statement Wednesday. In addition, nine stores will close in Ontario, six in Alberta, three each in British Columbia and Nova Scotia and one in Saskatchewan.

The hardware giant said it remains committed to the Canadian market but needs to optimize its network. In tandem with the store closings, it also plans to eliminate about 100 head-office jobs at its Canadian headquarters in Boucherville, Que., and 30 elsewhere, simplify the five banners it operates and pare down the number of products it offers here. It currently operates about 600 corporate and independent affiliate-dealer stores in this country under the names Lowe’s, Rona, Réno-Dépôt, ACE Canada and Dick’s Lumber.

This is the second time in 12 months that Lowe’s is reducing its footprint in Canada. In November of last year, the company announced that it would shut 27 stores, including nine in Quebec, mostly under the Rona banner.

The latest cuts touched off another round of questions by Quebec’s political leaders about whether employment guarantees sought by the federal government as a condition for approving the Rona takeover three years ago were enough. And they raised new concerns that consumers in the province are starting to sever their relationship with Rona, a homegrown company they once adored.

“I think that sadly what we’re seeing in Quebec, rightly or wrongly, is a sort of rupture with the Rona brand,” Pierre Fitzgibbon, Quebec’s Economy Minister, told reporters Wednesday. “There are many independent [Rona] retailers that don’t deserve that. But it’s a reality.”

Industry conditions for home-improvement retailers in Canada remain difficult but generally positive, buoyed by healthy economies and job growth in many regions, but hurt by lower activity in places such as Alberta. Competition between established and new e-commerce players is fierce.

Home-improvement retail sales totalled about $50-billion in Canada last year, according to industry consultancy Hardlines Information Group. The firm expects sales to grow 3.2 per cent this year and 4 per cent for 2020.

Despite the decent outlook for hardware sales in Canada, Lowe’s has struggled.

Both top-line revenue and operating profit in Canada are below the company average, Lowe’s chief financial officer David Denton told analysts on a conference call Wednesday. “It certainly is dragging us down,” he said.

Lowe’s chief executive Marvin Ellison, who has been in the job for just more than a year, blamed the company’s messy operating structure in Canada for failing to keep up with the sales pace in the United States. The company does not break out detailed financials for its Canadian unit.

“We have great associates in Canada. We just gave them a very complex business model that inhibited their ability to serve customers well,” Mr. Ellison said Wednesday. The company currently operates stores under five banners, all with different back-end systems. That made it difficult to optimize costs on things such as marketing, merchandising and sourcing, and so the company is trying to simplify things, he said. 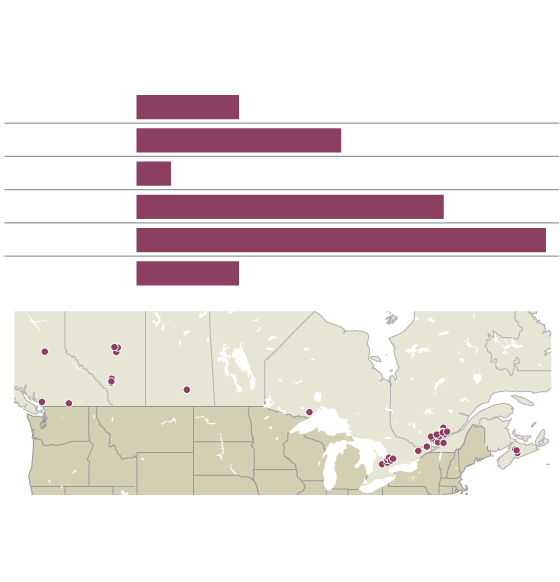 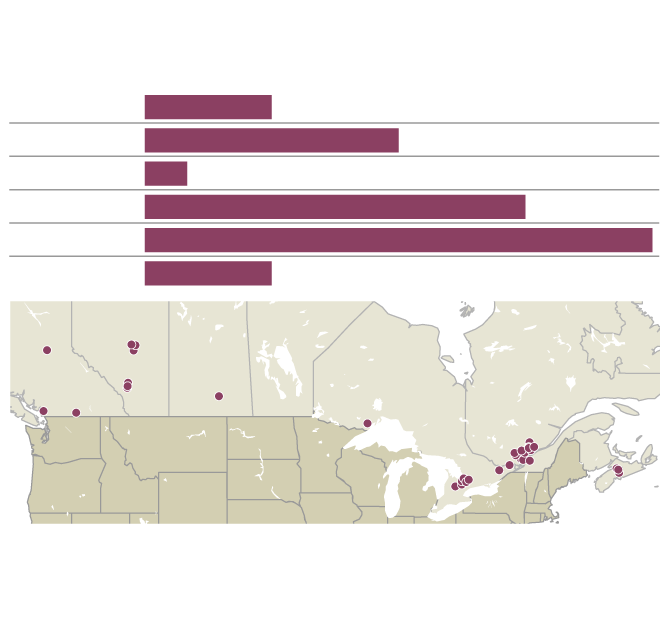 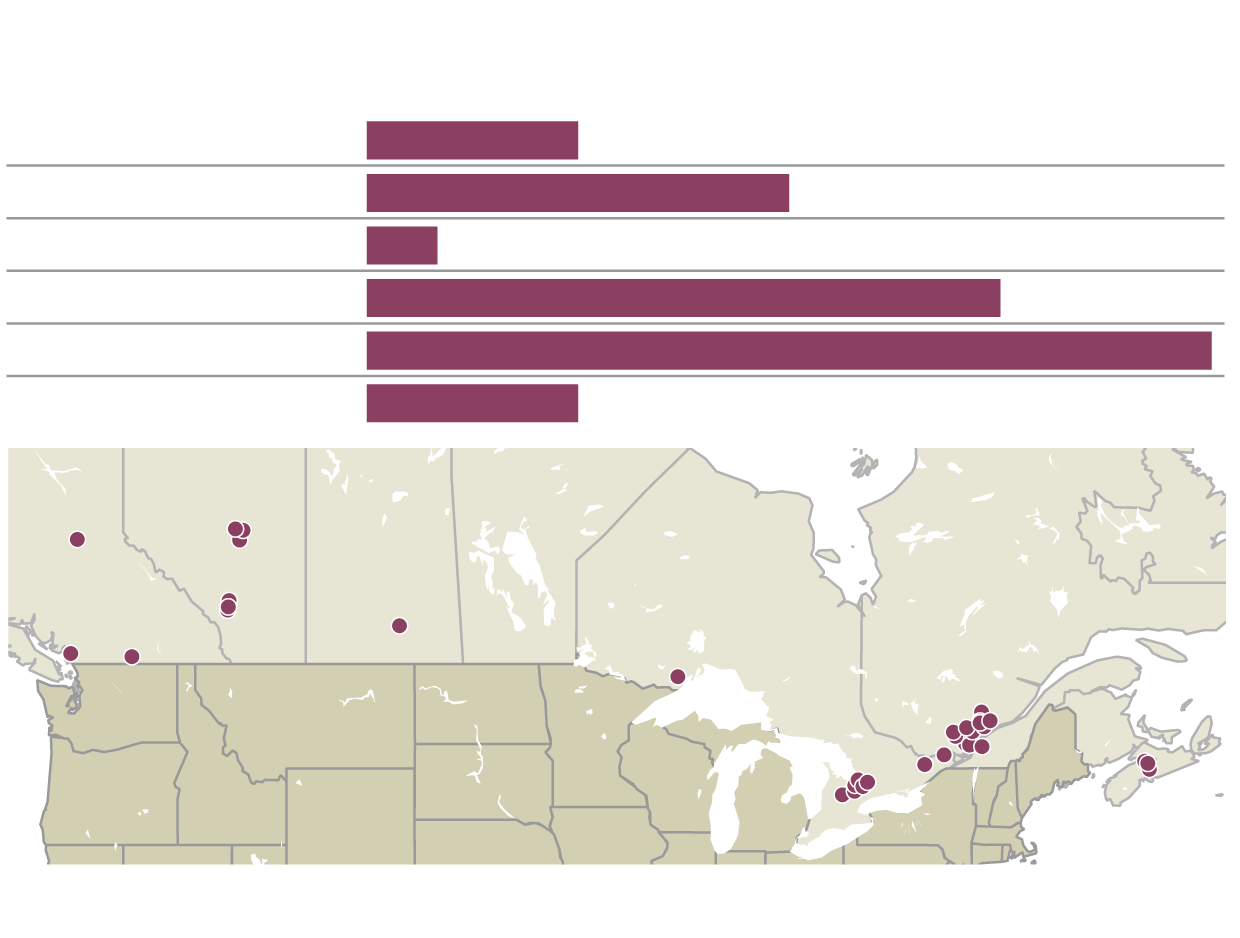 The way Lowe’s is organized in Canada – with multiple banners, and store formats and ownership models – can work. But as a public company owned by U.S. investors used to straightforward retail models, Lowe’s doesn’t have the luxury of time to get it right, Hardlines analyst Michael McLarney said.

“Other players in the industry will take a longer view. Lowe’s is under pressure to get things balanced quicker,” Mr. McLarney said. “It’s got to be responsive to [shareholders], which puts a shorter fuse on things.”

Lowe’s said it took a US$53-million impairment charge on its Canadian assets in the third quarter related to the restructuring and expects to incur another charge of between US$175-million and US$225-million in the fourth quarter. In fiscal 2018, it wrote down the value of its Canadian operations by US$952-million.

After a review of its operations, Lowe’s last month parted ways with Sylvain Prud’homme, its top executive in Canada. It also confirmed weeks ago that it would eliminate 60 accounting jobs at its Boucherville offices.

Rona job cuts resonate loudest in Quebec, where the sale of the local hardware champion to Lowe’s in February, 2016, triggered a political firestorm that led to the resignation of a cabinet minister in the former provincial Liberal government. Opposition parties at the time said that the government should not have allowed one of Quebec’s flagship companies to be sold to a U.S. rival, particularly as Rona was a major employer and buyer of locally made goods.

A decision by the government’s investment arm, Investissement Québec, to unload its 11 million shares in Rona, removed its influence ahead of the takeover. But the transaction was chiefly made possible by the decision of pension-fund manager Caisse de dépôt et placement du Québec, Rona’s largest shareholder at the time, to tender its 17-per-cent stake.

As part of its approval of the Rona purchase, the Canadian government struck a confidential agreement with Lowe’s related to jobs, the nature of employment and the Boucherville headquarters, Mr. Fitzgibbon said. Valérie Gonzalo, spokesperson for Lowe’s Canada, insisted the retailer is respecting those commitments.