Demand for lumber has fallen over the past nine weeks as the do-it-yourself boom ends with a whimper while consumers reallocate their budgets.

“People are just spending less time in their homes,” said Dustin Jalbert, senior economist at Fastmarkets, which publishes industry newsletter Random Lengths. “You’re not seeing that ratty old deck or the ratty old fence or the things you need to fix as much.”

The price sawmills charged wholesalers – known as the cash price – was US$490 for 1,000 board feet last week for two-by-fours made from Western spruce, pine and fir (SPF), up US$5 from the previous week, according to Random Lengths.

Even with the modest price increase, which follows eight consecutive weeks of declines, cash prices have plummeted 70 per cent from the record high of US$1,630 for 1,000 board feet in mid-May.

For cash prices so far, softening demand from wood buyers has largely offset the impact of supply disruptions in July from B.C. wildfires.

Mr. Jalbert said there is pent-up demand among consumers desiring a semblance of a return to normal as they shift their budgets back where possible to travel, restaurants and sporting events – meaning repair and remodelling projects at home get postponed.

“It links back to the pandemic to some degree and how it changed behaviour,” he said in an interview. “You can now entertain yourself outside the home and that kind of puts less pressure on doing those projects.”

What had been a huge imbalance between supply and demand in mid-May has shifted toward a lumber market that appears to be stabilizing, barring any unforeseen events. Lumber prices are expected to be less volatile in August after tumbling from record highs.

Sticker shock lingers at the retail level since consumers have yet to see the lower prices paid by wholesalers fully reflected because stores still have lumber inventory from their earlier orders when prices hit record highs.

On the Chicago Mercantile Exchange, prices for lumber futures for September delivery rallied last week, but they are still down 60 per cent since setting a record high on May 10.

Many sawmills did their logging earlier this year and have a good inventory of logs to process, though B.C. wildfires have recently disrupted rail shipments on the West Coast.

“Producers had enough logs to last between two weeks and two months, depending on the mill,” Madison’s Lumber Reporter, a Vancouver-based industry newsletter, said in its weekly commentary.

Last week, Vancouver-based Canfor Corp. announced that it is scaling back production amid the slowdown in the supply chain. CIBC World Markets analyst Hamir Patel estimates that Canfor’s curtailment represents 15 per cent of the company’s Canadian shipments and 5 per cent of the forestry industry’s output in the B.C. Interior.

“We think lumber producers are significantly undervalued, but directionally are likely to remain under pressure until lumber begins to rise again,” analyst Paul Quinn of RBC Dominion Securities said in a research note.

Lumber markets have been on a roller-coaster ride since early 2020.

Data for cash prices compiled by Madison’s show two-by-fours made from Western SPF sold for an average of US$422.50 for 1,000 board feet in February, 2020. The monthly average price dropped to US$321.60 in April, 2020, as lumber demand initially plunged and the pandemic forced sawmills to temporarily halt production. But then the do-it-yourself bonanza began in the summer of 2020 and the average monthly price for lumber peaked at US$1,617.50 in May, 2021.

When the lumber market might bottom during the current pricing downturn has become the subject of much speculation among industry experts. Whatever the new “floor price” turns out to be, the consensus is that the cash price for Western SPF will likely be at least US$430 for 1,000 board feet, or more than double the decade-low bottom of US$210 in 2011 and far higher than US$130 in 2009 during the recession. 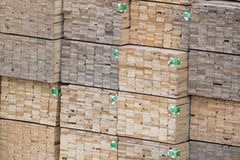 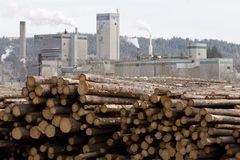 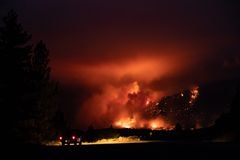