A year-long rally in lumber markets is unravelling, with the price of two-by-fours dropping 38 per cent from record highs set only four weeks ago.

Despite the recent decline, cash prices – what sawmills charge wholesalers – are still 171 per cent higher than a year ago.

Two-by-fours made from Western spruce, pine and fir sold this week for US$1,005 for 1,000 board feet. That’s a drop of US$255, or 20 per cent, compared with last week’s survey, according to Random Lengths, an Oregon-based company that monitors wood markets.

The latest survey marks the fourth consecutive week that cash prices have decreased, falling from a record high of US$1,630 in mid-May.

“What we’ve seen through COVID has been the biggest price rally that the industry has ever seen,” said Peter Barynin, principal economist for timber at Fastmarkets RISI, which publishes Random Lengths. “It’s been phenomenal.”

But after climbing to dizzying heights, lumber prices have reversed course amid a slowdown in the strong pace of U.S. housing starts. “The markets have taken a major turn,” Mr. Barynin said in an interview.

It’s not just lumber: The rising costs to beautify your backyard

Lumber markets slumped during the early stages of the pandemic, but prices jumped in mid-2020, as Canadians and Americans stuck at home embarked on do-it-yourself projects or hired contractors.

In recent weeks, the boom in renovation and remodelling projects has been losing momentum on the demand side, though timber supply constraints persist in many parts of North America.

“On the heels of last week’s rout, prices of framing lumber plunged in even sharper increments, with deep triple-digit drops common across all species,” Random Lengths said in its latest newsletter.

On the Chicago Mercantile Exchange, prices for lumber futures for July delivery have fallen by almost half since reaching a record high on May 10.

Data for cash prices compiled by Madison’s Lumber Reporter, a Vancouver-based industry newsletter, show two-by-fours made from Western spruce, pine and fir sold for an average of US$321.60 for 1,000 board feet in April, 2020. In the following five months, lumber prices surged before a temporary pullback last autumn. Cash markets then resumed the rally in late 2020 and continued on an upward trajectory until mid-May.

Price gains earlier this spring have been largely erased, with cash markets heading back down toward levels last seen in early 2021. Two-by-fours sold for an average of US$930.50 for 1,000 board feet in January and US$1,008 in February, statistics from Madison’s show.

“The impressive undoing of the lumber market continued apace this week,” Madison’s said in its weekly commentary. “A large contingent of customers continued to lean on whatever inventory they had on the ground as they waited to pounce at the elusive bottom.”

The imbalance between supply and demand traces back to the devastating impact of mountain pine beetles in B.C. from 1999 to 2005, when forests were decimated by the insects in the province’s Interior. For many years, companies salvaged trees damaged by beetles but still in good enough condition for harvesting. Those supplies have been depleted.

Further supply constraints could be in store if environmental groups are able to persuade the B.C. government to clamp down on logging in old-growth forests. The outer part of old-growth trees have tight rings, which make them much more valuable as a wood product, when compared with second-growth trees that yield two-by-fours used in residential construction.

Higher grades of lumber such as Western red cedar command premium prices since they are virtually free of knots and go into the manufacturing of high-end wood products, including specialty doors, indoor panelling and outdoor furniture.

Their campaigns have been endorsed by a wide range of Indigenous leaders and other dignitaries.

Stand.earth’s campaign includes a video with appearances from actor Mark Ruffalo, author Margaret Atwood and scientist David Suzuki. “The government has yet to stop the chainsaws,” Stand.earth international program director Tzeporah Berman said in a statement. 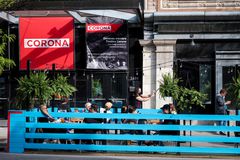 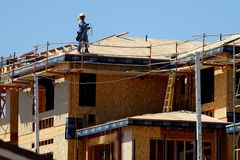 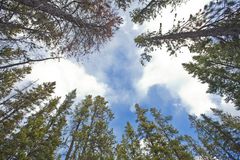