Mackenzie Financial Corp. and Great-West Lifeco Inc. are buying a major stake in private-equity firm Northleaf Capital Partners in a move to bring alternative investments, such as infrastructure and private credit, to retail clients.

Mackenzie and Great-West – two subsidiaries of investment giant Power Corp. of Canada – will invest $245-million in Northleaf through a jointly controlled company, giving them a 49.9-per-cent voting interest and 70-per-cent economic interest in the firm. The senior leadership of Northleaf will retain a 50.1-per-cent voting interest and will remain in control of the firm’s investment decisions.

The partnership will see private-investment products packaged up and sold through Power Corp.'s network of wealth management subsidiaries. The deal is part of an effort to expand their market share among high-net-worth clientele.

Private investments have long been popular with institutional investors such as pension plans or hedge funds, but have largely remained beyond the reach of retail investors. This has begun to change in recent years as private-equity firms have begun targeting smaller clients, such as family offices and high-net-worth individuals, and regulators have eased up on the alternative-investment rules for retail investors. As a result, asset managers have raced to develop more institutional-style products for financial advisers to incorporate into portfolios.

“There’s a longstanding track record of institutional investor success in employing these types of investments," said Northleaf managing partner Stuart Waugh in an interview. “What there hasn’t been is a vehicle that is accessible [to the wider investing public]."

Toronto-based Northleaf is one Canada’s preeminent private-asset managers, with around $17-billion in assets under management and more than 150 employees across seven offices in Canada, the United States, Britain and Australia. It counts major institutions such as the Canada Pension Plan Investment Board and Caisse de dépôt et placement du Québec among its clients.

The partnership with Mackenzie and Great-West will expand the pool of capital Northleaf can drawn on. As part of the deal, the IGM Financial Inc., the direct parent company of Mackenzie, and Great-West have committed to investing a minimum of $700-million in Northleaf products over the next 18 to 24 months.

This will be a combination of money from client portfolios and the firms' own balance-sheet capital. Desjardins analyst Gary Ho described the deal as a “win-win for all stakeholders.”

Mackenzie and Northleaf are still figuring out what format the new retail-focused products will take. They won’t be packaged into mutual funds or exchange-traded funds, Mackenzie chief executive Barry McInerney said,

The products could be distributed through advisers at other Power Corp. subsidiaries, including IG Wealth Management and Investment Planning Counsel. Canaccord Genuity Analyst Scott Chan said the deal would benefit IG Wealth specifically, as it will be able to incorporate private-asset investments into client portfolios “more tailored” to the high-net-worth and mass affluent clients.

This is the second deal for Mackenzie in as many months. In August, the company added to its retirement investment lineup after purchasing GLC Asset Management Group from its sister company Great-West Lifeco Inc. for $175-million in cash.

Over the past few years Canadian banks have invested heavily in wealth management in anticipation of an influx of baby boomers entering retirement. Toronto-Dominion Bank scooped up the country’s largest institutional asset manager, Greystone Managed Investments Inc., for $792-million, while the Bank of Nova Scotia paid $950-million for fund manager Jarislowsky Fraser.

Opinion
It won’t be popular, but we should scrap the homeowner tax break
Subscriber content
July 28, 2020 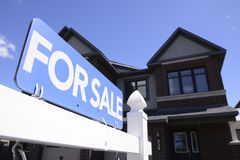 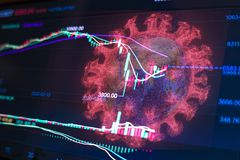 With so much cash sitting on the sidelines, when – and how – should investors get back in?
September 21, 2020 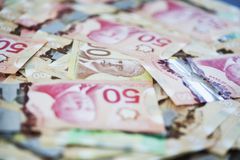