Researchers working with a U.S.-based partnership say they have made a key advance in their effort to build a nuclear fusion-powered reactor at commercial scale.

The development could speed the way to reliable, carbon-free energy without the constraints of renewables or some of the downsides associated with conventional nuclear energy.

The breakthrough, announced at a news briefing on Wednesday, is a magnet so powerful that it can confine hydrogen fuel and maintain it at a temperature high enough to sustain nuclear fusion – the process that powers the sun – at a practical scale.

While the reactor has yet to be built, team members say the magnet is the lynchpin that puts the rest of the project within reach. The development is among the most significant to date in the quest to develop fusion as a long-term solution to the inexorable warming of Earth’s climate caused by the continued use of fossil fuels. It also signals an acceleration in the race to discover and commercialize what many experts regard as a pivotal technology for the 21st century.

“Fusion is the energy source that the world needs – and needs kind of fast. We’re on the brink of harnessing that for humankind,” said Dennis Whyte, director of the Plasma Science and Fusion Center at the Massachusetts Institute of Technology.

For the past three years, the centre has teamed up with Commonwealth Fusion Systems, a startup company in Cambridge, Mass., to lay the groundwork for a fusion reactor that is not just able to generate electricity but do so with a large enough output and small enough footprint to make the approach economically viable.

Early on, the company opted to focus on improving the strength of magnets in order to make it easier to contain the high-temperature plasma required for fusion reactions within a smaller and more manageable volume than is currently possible. The result is a type of electromagnet made of a superconducting material that, when cooled to a temperature of -253° C, allows electrical current to flow without resistance. During a test on Sunday, the device achieved a magnetic field strength of 20 Tesla, a milestone that makes it the most powerful magnet of its kind created.

The strength is double that of the magnetic field that will operate at ITER, a giant international fusion project that has been under construction in France since the mid-2000s and is nearing completion. But the real gain is that with a magnet that has twice the field strength, the resulting fusion reactor can shrink by a factor of 40.

“One of the reasons why this magnet is so significant is that it allowed us to develop the manufacturing processes and equipment and the supply chain at a scale that is relevant for commercial fusion,” said Joy Dunn, the company’s head of operations.

Project team members said the next step is to use the magnet in a test reactor that, if successful, would be the first in the world to use fusion to produce more energy than it requires to operate. That machine is targeted for completion in 2025. That, in turn, will lay the groundwork for a full-fledged demonstration power plant.

Like ITER, the facility would relay on a heavy isotope of hydrogen known as tritium, which Canada has in abundance because it is generated in the Candu uranium fission reactors like those operating in conventional nuclear stations in Ontario and New Brunswick.

Blair Bromley, who chairs the fusion energy division of the Canadian Nuclear Society, a professional association, called the achievement by the U.S. team “a very exciting development, for the entire fusion community.”

Nevertheless, he added, there are likely to be many technical hurdles on the way to a working fusion power plant.

“If they progress rapidly ... and they build quickly and they learn quickly, maybe in 10 years, they could start generating electricity. But everything would have to go perfectly for them,” said Dr. Bromley, who is also a reactor physicist at Canadian Nuclear Laboratories in Chalk River, Ont., though he was not speaking on behalf of the federal research facility.

In their effort to find a shortcut to fusion – an energy source that in the past has been wryly described as forever 20 years in the future – the U.S. team has built on decades of research in the field of magnetic confinement fusion. It is the same approach that produced the Joint European Torus, based in Oxfordshire, Britain, which, during an experiment in 1997, achieved a record-setting return of more than two-thirds of the energy that went into the reactor, tantalizingly close to break-even. That paved the way for ITER, which aims to reach 10 times over the break-even threshold, but is not expected to get there until some time around 2035.

Last month, scientists at the National Ignition Facility in Livermore, Calif., reported that they, too, were nearing the break-even point with another approach to fusion that involves blasting a tiny fuel-bearing capsule with the world’s most powerful X-ray laser. But that technology is also far from commercialization.

That has prompted companies such as General Fusion in Burnaby, B.C., to leverage new technologies and revisit other strategies for achieving fusion that were set aside decades ago. This past summer the Canadian company announced it will be begin construction of a demonstration plant in Britain next year, with a target completion date in 2025.

“There is tremendous momentum in the fusion industry right now,” said Jay Brister, General Fusion’s chief business development officer. “The technology and scientific milestones being achieved in the private and public sectors are accelerating the timeline for fusion and we’ve seen increased investment in the sector.”

Mr. Brister added that the potential market for fusion energy is vast enough to spawn more than one solution and that the field remains at a point where all promising approaches should be pursued.

“The benefits of this world-changing energy source are so important, that we need all hands on deck to make it happen,” he said. 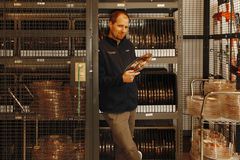