Some of Canada’s major accounting firms have reduced partner compensation and introduced voluntary time-off measures to improve their cash flow as the coronavirus pandemic continues, while so far avoiding job cuts.

BDO Canada LLP has reduced partner “draws” by 25 per cent, chief executive officer Patrick Kramer said, and KPMG LLP by about 25 per cent, according to spokesman Kevin Dove.

Deloitte spokeswoman Tonya Johnson did not specify the amount of the firm’s reduction, saying “our equity partners took action early, in the form of their own significant compensation reductions, and we agreed that the partners would take a higher impact than our professionals.”

Accounting firms are typically structured as partnerships, with partners owning a share of the business and drawing a paycheque based on the firm’s expected profits for the year.

Deloitte and BDO have also introduced voluntary programs, offering full sabbaticals with a stipend, or a shortened work week for partly reduced pay. KPMG is also asking employees if they’d be interested in similar plans.

The major accounting firms, which employ tens of thousands of well-paid white-collar workers across Canada, face comparable challenges to Bay Street law firms, some of which have also cut salaries and reduced partner draws. Over time, the accounting firms have expanded their practices to assist clients with tax matters, information technology problems and other business challenges. At many firms, the non-accounting consulting and advisory services employ many more than the traditional auditing practices.

Some of the firms’ big business lines – such as tax and audit work – may simply be delayed. Securities regulators and the Canada Revenue Agency have said they’ll allow companies to delay – but not skip – filing financial statements for investors as well as tax returns until later this year. But consulting projects that are not linked to regulatory or legal deadlines may be postponed indefinitely or cancelled.

“We’re seeing a shifting of the traditional busy season that we have usually at this time of year,” BDO’s Mr. Kramer said in an interview. “It is actually moving into other months of the year – May, June, even into the summer months. So we’re responding to that.”

Other firms say they are trying to stay the course even as the industry’s work gets postponed or cancelled.

Ernst & Young LLP spokeswoman Victoria McQueen said the firm has told partners and employees that it expects its earnings “to be down by the end of the fiscal year” on June 30. However, the firm has not reduced hours or employee compensation and has “committed to no involuntary staff departures due to the pandemic at this time,” she said via e-mail.

In a statement, PricewaterhouseCoopers LLP CEO Nicolas Marcoux said the firm “introduced some new voluntary programs to give our people greater flexibility.” The firm would not explicitly address job or pay cuts.

Mr. Kramer said BDO had staffed up for its busy season, so its capacity suddenly became higher than needed for the foreseeable future. The sabbatical program allows employees to take three to six months off and receive 20 per cent of their pay, plus benefits. Or workers can reduce their hours and receive pay on a graduated scale while also maintaining benefits.

“I expect we’ll have many conversations,” Mr. Kramer said, adding that it may appeal to employees with children at home or others “just looking at life differently today, saying, let’s take a break … In the months ahead – it could be in July, August when we get busier than normal, when we get into the process of recovery – that we want those people coming back on a more full-time basis."

With files from Greg McArthur, James Bradshaw and Michael Doyle

Businesses call for grants, not loans, to help with costs during COVID-19
April 12, 2020 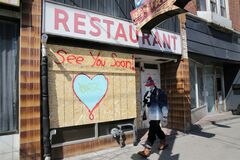 Restless energy: Enbridge’s CEO is hunkered down at home and searching for his next target
Subscriber content
April 10, 2020 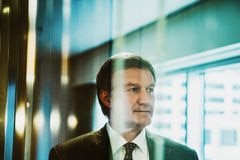 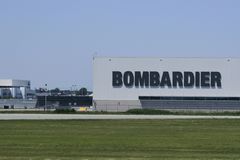 Follow David Milstead and Sean Silcoff on Twitter @davidmilstead @SeanSilcoff
Report an error Editorial code of conduct
Due to technical reasons, we have temporarily removed commenting from our articles. We hope to have this fixed soon. Thank you for your patience. If you are looking to give feedback on our new site, please send it along to feedback@globeandmail.com. If you want to write a letter to the editor, please forward to letters@globeandmail.com.
Comments