Leaders of the country’s three major grocery retailers say they have raised prices over the past several months in response to higher wholesale costs of fresh fruits and vegetables and some other foods.

“We have tried not to raise prices,” said Darren Myers, chief financial officer at Loblaw Cos. Ltd., which is the country’s largest grocery chain. “But there are a lot of increases coming from the supply base right now.”

Grocery executives say they resisted passing on higher costs to consumers much of last year from increased minimum wages in some provinces and steeper transportation expenses (mainly because of a driver shortage).

But since the latter part of last year, food retailers started to raise prices of some foods, such as lettuce, after suppliers increased their wholesale prices to grocers, executives at the major grocers told a CIBC retail conference on Wednesday. The inflation is helping the merchants generate better sales although the higher prices could become a burden for some shoppers.

Montreal-based Metro Inc. is trying to keep price increases between 1.5 per cent and 2.5 per cent, said Eric La Flèche, chief executive officer of the country’s third-largest food retailer. The price hikes are mainly in the vegetable aisles, although to a lesser extent in the dairy section, he said.

Consumers paid 3.4 per cent more for food bought in stores in February from a year earlier, which was more than the 2.5-per-cent inflation in January, Statistics Canada said. The February inflation was the highest since March of 2016, retail analyst Irene Nattel at RBC Dominion Securities said.

Ms. Nattel said food inflation is a positive development for retailers. “Grocers usually perform best in low positive inflation environments, especially during periods of low-moderate industry square footage growth, which is currently the case,” she wrote in a note.

Peter Sklar, retail analyst at BMO Nesbitt Burns, agreed that grocers will benefit from the return of inflation “in a more meaningful way” because historically the retailers have generated “healthy income growth during these periods.”

Still, the higher inflation comes as the economy is slowing and consumers are becoming more cautious in purchasing some discretionary products, such as home goods and mattresses. Leon’s Furniture Ltd. and Sleep Country Canada Holdings Inc. are among retailers that recently reported weakening sales.

Even so, grocery executives said on Wednesday they are not seeing signs of shoppers scaling back their spending on their generally non-discretionary items.

“We’re not seeing a cautious customer,” said Michael Medline, chief executive at Sobeys, which is owned by Empire Co. Ltd. of Stellarton, N.S.

At the same time, Mr. Medline acknowledged that consumers are paying more for many products as Sobeys passes on higher supplier costs. “We’re passing them on as quickly as we can at this point,” he said.

He said there can be a lag between the time when a retailer is hit by higher costs and the point when it can pass on those expenses to consumers in steeper prices.

Loblaw already caters heavily to budget-conscious consumers, president Sarah Davis said. About 60 per cent of its business is comprised of discount stores (such as No Frills and Real Canadian Superstores) while the rest is traditional supermarkets (such as Loblaws and Provigo), she said.

Ms. Davis said consumers have become more value sensitive partly because they can easily compare prices on the internet. “The consumer is much smarter and much more savvy.”

Loblaw is trying to offer customers better value by encouraging them to use its PC Optimum loyalty card, which last year married the rewards cards of its grocery stores with that of its Shoppers Drug Mart chain. Today, more than 60 per cent of customers are Optimum members, a higher rate than its previous loyalty cards had separately, she said.

Loblaw is working hard to tap into its data analytics to offer its Optimum members even better deals tailored to their personal needs, she said. 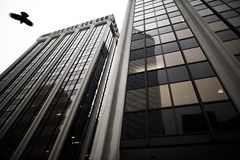 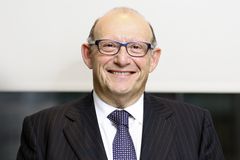