Sean McCormick, a Métis from Manitoba, is the president and founder of Manitobah Mukluks. Since starting the company in 1997 at just 23 years old, Mr. McCormick has built the Indigenous owned and operated enterprise into a global footwear brand, one of the fastest-growing in Canada, and a model of Indigenous business success. A portion of company proceeds are directed to organizations dedicated to preserving Indigenous knowledge. For example, the Storyboot Project aims to help maintain the traditional arts by creating partnerships with elders and artisans who fashion mukluks and moccasins through traditional methods, and the Storyboot School teaches mukluk- and moccasin-making to Indigenous and non-Indigenous people alike, across the entire country.

What does being Indigenous mean to you?

It starts with my mother and my father. My mom has dedicated her whole life to Indigenous sovereignty and my dad has done a lot of work in economic development across Indigenous communities. From a young age, they taught my sister and me who we were and where we came from. We spent a lot of time in the North and it was really important to our family to have a connection to the Earth. So, when I think of being Métis, it’s something I’ve always just been brought up to know and to be proud of. Also, the other part of that is to be aware of the challenges that we face as Indigenous peoples, to combat racism, and to fight for Indigenous self-sufficiency.

How did Manitobah Mukluks begin?

The first job I had was working in a tannery. I started there in high school and eventually I ended up becoming the de facto manager. Additionally, I built a trading post so we could trade the leather we made. I would trade with First Nations artists for their mukluks and then I would sell those mukluks to shoe stores. As the business grew, I couldn’t get enough mukluks for the demand I was getting. This had me thinking about the bigger picture, which was the dawn of this idea that I would start a company to make my own mukluks.

With that, I joined the Manitoba Aboriginal Youth Entrepreneurship Training Program through the local Centre for Aboriginal Human Resource Development. They put on a class in collaboration with the business development bank where 32 young people did a type of fast-track MBA. We went through different modules such as marketing and accounting, and eventually created our own business plans. That business plan led to the inception of Manitobah Mukluks.

How has COVID-19 affected your business?

We had actually begun moving toward more of an online approach before this all happened. We were already going through a change in our model; the pandemic simply sped up the process by about three years. With these changes, we doubled our direct-to-consumer business this year. I think business as a whole is forever changed by this pandemic and I don’t think anybody is expecting it to go back to how things were.

Additionally, there are also some other trends going on, such as people working from home and a growing preference for comfort footwear. Not travelling, staying at home and being outside helps us. And some of those things will last and some will come and go, as trends do. But over all, the adoption of digital commerce is not going to slow down anytime soon and that’s where we’re positioned to be.

What are the major challenges of being an Indigenous entrepreneur?

Lack of generational wealth, education disparities, and lack of exposure to business opportunities in our communities.

While the program no longer exists in its original form, there was a major shortcoming when I was in the Manitoba Aboriginal Youth Entrepreneurship Training Program. In fact, looking back now, I feel like we were all set up to fail because none of us had any equity. We all really thought, somewhat naively, that we were going to create these business plans and banks were going to give us money. But in reality, very few of us were actually able to secure the funds we needed. I recognize it’s a cliché, but it really does take money to make money. Indigenous peoples are starting out way behind because of that.

Second is the education piece – or lack thereof – and not having access to the same education that most Canadians do. Community schools are underfunded, and non-Indigenous schools are often out of touch with the needs of Indigenous students. This is in large part due to discriminatory laws, systems and practices toward Indigenous peoples throughout history. This is a major blow to the professional capacity in our communities. One of the things that I tell young people is go to school, get your diploma, get your certificate, get your degree.

Finally, many Indigenous peoples need role models and proper opportunities to explore their potential in business. When I was growing up, I had no concept of business, I had no concept of wealth. All that I knew was that I wanted economic independence, but I didn’t really know what it looked like. One of the things I’m most proud of with Manitobah Mukluks is that we are setting an example of Indigenous excellence. We are showing what’s possible.

I strongly believe that if we as Indigenous peoples want to take ownership over our destiny and have true self-sufficiency, we need economic sovereignty.

How can we build a better future for Indigenous entrepreneurs?

In order for Canada to truly prosper, Indigenous people have to prosper. Our fates are interlinked that way. Unfortunately, the reality is that Canadian society has consistently placed infinite obstacles in front of Indigenous peoples throughout history. We must as a society remove the systemic barriers to Indigenous success if we are going to a healthy, prosperous country for everyone.

What can we learn from Indigenous leadership values?

A greater respect for the land and an understanding that short-term profit has to stop being what drives corporate planning. If you have any concern for seven generations down the road, or even your own grandchildren, then you need to stop focusing on immediate return and higher profits. I think that’s a flaw in our system that has gotten way out of control over the past decades.

Leaders need to adopt a more holistic view of what good their businesses can contribute to Canada and society at large. For example, constant growth is impossible in a finite ecosystem. We must find a way to better align corporate objectives with the reality that we’re living in. We have finite resources. I think Canadian business leaders could learn a lot about the way Indigenous people sustainably managed their communities and trade in North America for tens of thousands of years.

For Mi’kmaw educator Marie Battiste, inner growth is essential to be a leader

‘Our survival utterly depends on living in nature, not apart from it,’ Indigenous rights advocate says

For Senator Murray Sinclair, leadership is defined by humility

Wáhiakatste Diome-Deer is completing her master’s degree in educational leadership at McGill. She holds a bachelor of arts degree in psychology and brain sciences from Dartmouth College in New Hampshire and has completed graduate work at Harvard University in Massachusetts. She is a consultant in education, leadership and Indigenization for organizations and schools, and has previously held positions at the Kahnawake Education Center, the Quebec Native Women association and the Canadian Executive Service Organization. Ms. Diome-Deer is a traditional Kanien’kehá:ka woman from the community of Kahnawà:ke. 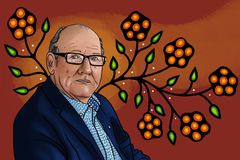 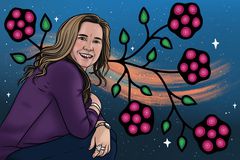 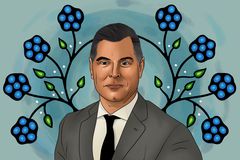