The winter deep freeze in the Canadian economy is showing signs of thawing, as an upbeat March sent the strongest signal yet that the country is rebounding from its two-quarter stall.

Statistics Canada reported real gross domestic product grew at an annualized rate of just 0.4 per cent in the first quarter of the year, following a 0.3-per-cent rise in the fourth quarter of last year. The economy has been hurt in particular by a slumping energy sector, along with declining residential construction as the country’s housing markets cool.

But real GDP in March, the final month of the quarter, showed a sharp turnaround by rising 0.5 per cent from February – matching the strongest month-over-month gain in almost three years and more than reversing February’s declines. The results suggested that, after a weak winter marked by severe weather and oil production cuts, the economy emerged with some serious upward momentum entering the second quarter.

“After next to no growth in the past two quarters, the strong March result puts the second quarter on the path for a hearty rebound, reinforcing the Bank of Canada’s view that the softness was temporary,” Bank of Montreal chief economist Douglas Porter said in a research note.

The results were highlighted by rebounds in such key sectors as oil and gas, manufacturing and construction, as well as retail and wholesale trade and transportation. Over all, 17 of 20 sectors posted gains.

“Don’t let the [first-quarter] headline fool you, this was a pretty decent GDP report,” Toronto-Dominion Bank economist Brian DePratto said. “This gives us good hope that the soft patch is indeed behind us.”

Royal Bank of Canada senior economist Nathan Janzen noted that much of the first-quarter weakness can be laid at the doorstep of the oil and gas sector, which was hit by weak prices as well as government-imposed oil production cuts in Alberta aimed at addressing a serious supply glut. He said the weakness in this one large sector masked a generally healthier quarter in the rest of the economy.

“Excluding the oil and gas sector, output rose by about 1.5 per cent in the first quarter, and that was despite a big weather-related dip in output in February,” he noted. He added that with oil prices having strengthened and with Alberta easing its production cuts, we can expect “at least a partial bounce-back” in the sector in the second quarter – something that was already evident in the March numbers, with a 3.3-per-cent rise in oil and gas extraction.

Meanwhile, the first quarter showed encouraging strength in household consumption, which rose 3.5 per cent annualized, and in business spending on machinery, equipment and structures, which surged 13.5 per cent after a discouraging two-quarter slump. The quarter also marked a solid rebound in manufacturing of durable goods.

However, exports were a major drag on growth in the quarter, slumping 4.1 per cent annualized, and economists say trade worries could dog the economy for the rest of the year, even as overall economic growth generally looks to be improving. News overnight of U.S. President Donald Trump’s new tariff threat against Mexico suggests ratification of the new North American trade agreement is still far from a done deal. It also underlines the risks in the deeply uncertain international trade environment, which threaten to weigh on export-heavy economies such as Canada’s.

“We are looking for growth to average about 1.7 per cent over the next 18 months … but that was based on the assumption that the trade environment would not deteriorate much further. That assumption is looking increasingly at risk,” Mr. Porter said. “While GDP should rebound in the second quarter to above 2 per cent (our call remains at 2.3 per cent), it is at risk of drifting back into a lull in the second half of the year.”

Economy posts another weak quarter of growth, but shows signs of rebound
Subscriber content
May 31, 2019 Global trade conflicts a ‘major preoccupation’ for Bank of Canada
Subscriber content
May 30, 2019 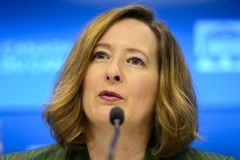 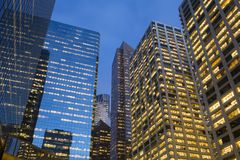