A new wave of pessimism caught up with financial markets Wednesday, as a darkening global economic outlook, the worrisome rise in U.S. COVID-19 cases and resurfacing trade tensions underlined the still substantial risks to the nascent economic recovery.

The International Monetary Fund downgraded its forecast for the world economy, projecting that global gross domestic product will shrink by 4.9 per cent this year, greater than the 3-per-cent decline it forecast in mid-April. It also scaled back its prediction of a rebound next year, to 5.4 per cent from 5.8 per cent.

The IMF cited a deeper-than-expected slump in consumption from the worldwide lockdowns aimed at containing the COVID-19 pandemic; the still-rising threat from the virus in many countries, particularly in the developing world; and a “slower recovery path” than it had previously expected, owing to the need for continued physical distancing and the “scarring” already suffered by businesses and the labour force.

“With the relentless spread of the pandemic, prospects of long-lasting negative consequences for livelihoods, job security, and inequality have grown more daunting,” the agency warned in its report.

The IMF’s view of the Canadian economy was particularly pessimistic, battered by a combination of COVID-19 lockdowns, slumping world trade and decimated commodity markets. It predicted that Canada’s GDP would plunge 8.4 per cent this year, worse than its previous forecast of 6.2 per cent.

The IMF had signalled earlier this month that it was going to reduce its outlook, so its gloomier take didn’t completely shock financial markets. However, the forecast dealt a stinging blow to hopes for a speedy V-shaped recovery.

“Bumps along the way might cause the recovery to veer off-track or slow it down, such that the trajectory looks more U than V-shape,” Citigroup said in a report Wednesday.

Those concerns added to growing investor anxiety about the disturbing upward trend in new COVID-19 cases in the United States in the past week, which returned to a two-month high Tuesday. Meanwhile, the U.S. threatened new tariffs on US$3.1-billion of European Union exports in a dispute over aircraft subsidies – a development that could further threaten an already dismal global trade climate.

The IMF projected that world trade will plunge 11.9 per cent this year.

Many observers have been worried about the recent strength of financial markets as major economies begin to reopen, arguing that it has seemed out of step with the deep economic losses and high degree of uncertainty surrounding the recovery.

“Equities have priced in a recovery built on continuous stimulus with little room for error,” tweeted Jeroen Blokland, a portfolio manager at Robeco, the Dutch money manager.

The IMF’s bleak view for Canada is even worse than the relatively pessimistic outlook issued by the Conference Board of Canada earlier this week, which projected the economic decline this year at 8.2 per cent. The average forecast among economists at Canada’s Big Six banks is 6.6 per cent.

Craig Alexander, chief economist at Deloitte Canada, believes the IMF is overstating the depth of the Canadian recession, as the evidence suggests the economy bottomed in April and is already rebounding. He added that retail sales rose 19 per cent in May, a sign of the strength of the turnaround as the economy reopens.

“But that doesn’t change the fact that Canada is in its worst recession in modern history,” Mr. Alexander said. His own new forecast projects that the economy will shrink a still-severe 5.9 per cent this year.

The IMF itself stressed that “there is pervasive uncertainty” around its forecasts, given the unpredictability of the course of the pandemic.

“Development of a safe, effective vaccine would lift sentiment and could improve growth outcomes in 2021, even if vaccine production is not scaled up fast enough to deliver herd immunity by the end of 2021,” the report said.

“Downside risks, however, remain significant,” it cautioned. “A more prolonged decline in activity could lead to further scarring, including from wider firm closures, as surviving firms hesitate to hire job seekers after extended unemployment spells, and as unemployed workers leave the labour force entirely.”

The IMF’s global outlook is actually a bit less dark than the recent forecast revisions from two other international economic institutions. Earlier this month, the Organization for Economic Co-operation and Development projected that the global economy would shrink by 6 per cent this year, while the World Bank forecast a 5.2-per-cent decline.

“The global economy is likely to struggle,” Mr. Alexander said, citing the continuing COVID-19 outbreaks in such major emerging markets as Brazil and India, and risks that the removal of containment measures could lead to a resurgence of the virus. Infection rates are climbing in some U.S. states where restrictions have been removed, and one state in Germany reimposed lockdowns this week.

“I’m worried by what I’m seeing around the world,” he said. 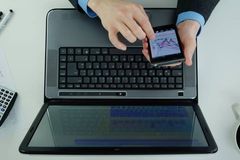 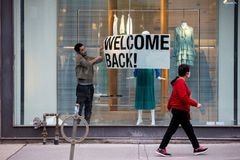 Coronavirus information
The Zero Canada Project provides resources to help you manage your health, your finances and your family life as Canada reopens.
Visit the hub
Follow David Parkinson and Ian McGugan on Twitter @ParkinsonGlobe @IanMcGugan
Report an error Editorial code of conduct